Terms |
Privacy Policy
Part of HuffPost Women. ©2022 BuzzFeed, Inc. All rights reserved.
As any book lover knows, reading provides an ability to escape. Whether it's for a few minutes before bed, on the hour-long bus ride to work or even a full day under the sun -- books and the stories they hold are a driving force for creativity, growth and (almost always) relaxation.

Novels allow us to visit places, time periods and states of mind we never thought possible. Often these stories and their characters change how we see ourselves and put us on a completely new path.

It's no surprise that women are big readers, contributing to 64 percent of book sales. With these statistics in mind (and our own healthy addiction to reading), we asked the HuffPost editors and our Facebook audience which books shaped the way they thought about themselves as young women. And while we couldn't fit all of the amazing books on this list, we've rounded up 18 that have made life-changing impressions on our community.

In the name of written words that have left a permanent mark on us, here are 18 books that changed the way many young women felt about themselves:

1. The Bluest Eye by Toni Morrison

"The Bluest Eye helped me to realize that I was truly beautiful -- both inside and out -- in spite of society's standards." - Dana Oliver, Senior Beauty Editor

"[This book] definitely changed the way I felt about myself as a young, black woman -- especially after growing up in predominantly white areas/schools. I used to adhere to these sort of beauty ideals that all of my friends wanted for themselves, and similar to one of the main characters Pecola... It wasn't until I read this book for a 1960s literature class that it really hit me that I should enhance and embrace my own beauty, instead of morphing myself into somebody else." - Chanel Parks, Style Fellow

2. The Bell Jar by Sylvia Plath

"Some of The Bell Jar reads like Austen -- a literary vestige of times gone by. But reading Plath's 'fig tree' metaphor for the lack of dimension often demanded of women's lives, in which Esther Greenwood finds herself 'starving to death' when she is unable to choose which metaphorical 'fig' to reach for (career, love, ambition, children), was the first time the perennial paradox of womanhood was elucidated so clearly for me." - Amanda Duberman, News Editor HuffPost Women

"I strongly believe every woman, young and old, should read it a few times throughout their lives as it will strike different chords at different times but it is so wonderful no matter the relevance at the time." - Jaecie Butler, via Facebook

3. How Should A Person Be? by Sheila Heti

"[Heti] found a way to articulate the messy mix of ambition, self-doubt and complicated feelings about success that many young women -- particularly those of a creative persuasion -- experience... It also depicts the intimacy and difficulty and kindness of female friendships in a way that I'd never seen before in print." - Meredith Melnick, Editorial Director Healthy Living

4. Are You There God? It's Me, Margaret by Judy Blume

"There is literally no better young adult novel out there that taps into budding female sexuality. And there's no more quotable line than 'I must, I must, I must increase my bust.'" - Emma Gray, Senior Editor HuffPost Women

"[This book] made me know that having a period and boobs is OK." - Janet McKinnon, via Facebook

"I felt the power of all women after reading that. It's never far from my heart, literally." - Candace Alyshia, via Facebook

"[It] taught me about how unfair the world can be to certain people but you should always fight for what's right." - Kerri Padilla, via Facebook

6. To Kill A Mockingbird by Harper Lee

"I still read it once a year. It's super grounding. It reminds me to actively practice empathy and patience toward others." - Ley Allen, via Facebook

7. A Wrinkle In Time by Madeleine L'Engle

"We were assigned boy-centric classics growing up (Hemingway, Fitzgerald, etc), which today I realize was really problematic. I'd begun to think that literature could only be associated with things like men fighting wars, and didn't realize that subtle, emotional observations can be as weighty and important as so-called 'masculine' subjects. In eighth grade I found The Poetry of Emily Dickinson lying around my house, and reading it did away with that mindset completely. I've been in love with language, and female writers who tell bold, quiet stories, ever since." - Maddie Crum, Editor HuffPost Books

9. The Diary Of Anaïs Nin by Anaïs Nin

"Nin challenged, in her writings and life, the conventions of writing, art, love, sexuality, feminism, eroticism, morality, marriage, monogamy, law, etc. While I disagree with some of her life choices, her writings, as a young woman, gave me the courage to challenge the status quo. " - Kimiki Wolf, via Facebook 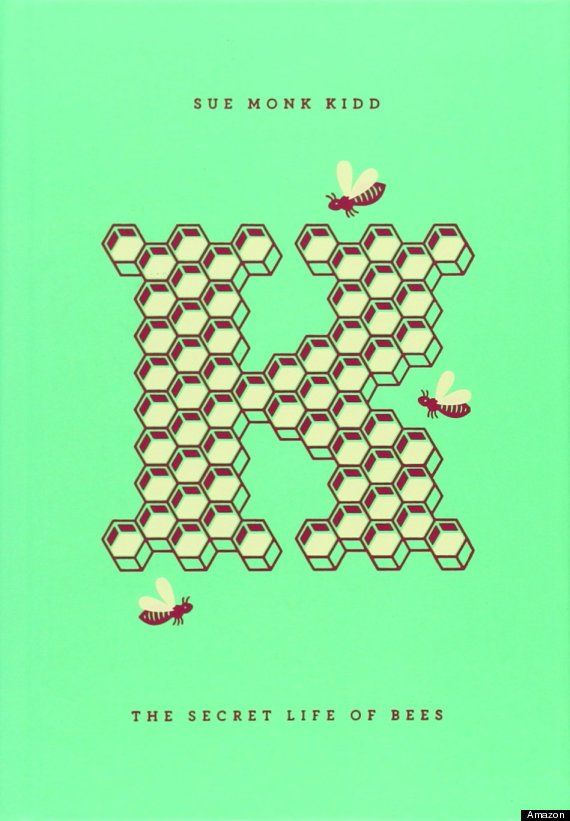 10. The Secret Life Of Bees by Sue Monk Kidd

"[This book] taught me about the importance of strong female relationships in a woman's life, that you're much stronger than you think you are and sometimes the best kind of family is the one you choose for yourself." - Holly Chapman, via Facebook.

11. Little Women by Louisa May Alcott

"It made me feel strong, independent and that I wanted to be a writer, which I am today. I am a working print journalist. I identified greatly with Jo." Nancy MacPhee, via Facebook 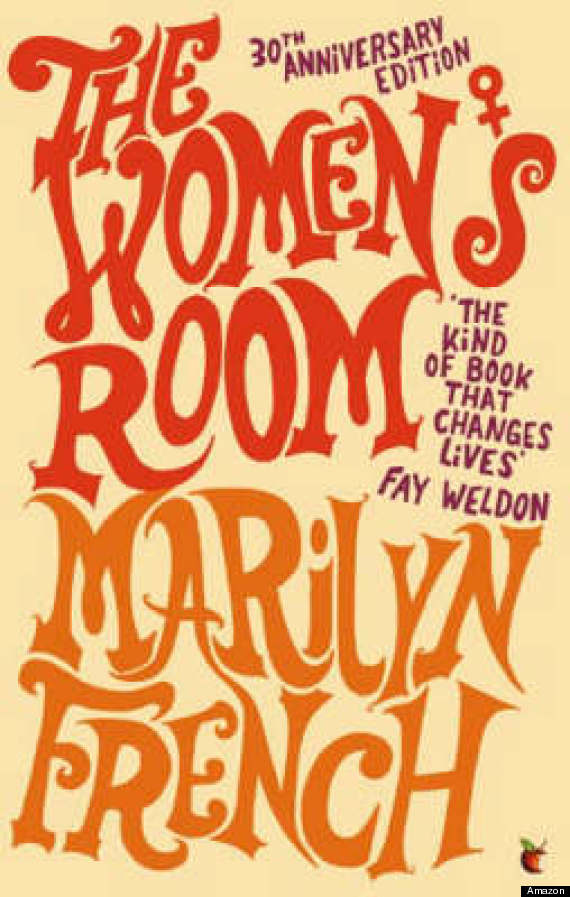 12. The Women's Room by Marilyn French

"[It] made me appreciate the women's rights activists that came before me, how far we've come and how much further we have yet to go. Every woman, young or old should read it." - Ivana Batkovic, via Facebook.

"I used to carry a copy [of the book] around with me everywhere as a little girl, I think because it was proof that my two secret life aspirations weren't abnormal: 1. to never, ever find a husband, and 2. to acquire a pet dragon as soon as possible so we could go on nature-related adventures together." - Elizabeth Perle, Senior Editor HuffPost Teen 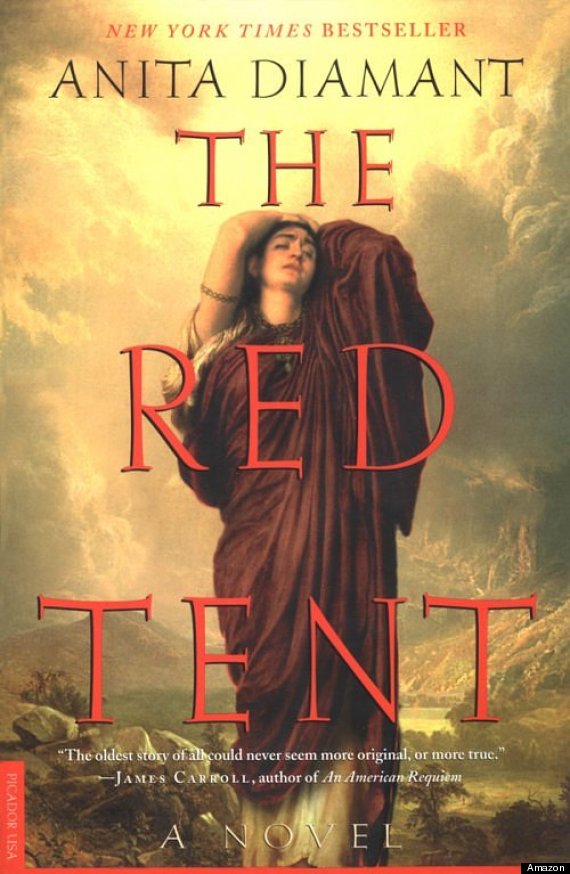 14. The Red Tent by Anita Diamant

"It inspired me to become a midwife and to be what I want to be as a woman because I want it, not because of what others dictate." - Emma McNulty, via Facebook

"It reminded me of the sisterhood I was a part of, and how uniquely we must view our places in the world." - Anjelica Guevara, via Facebook

"Jane Eyre taught me that anyone with the will to do so can rise above his/her circumstances and lead a life that counts for something." - Beth Elizabeth, via Facebook 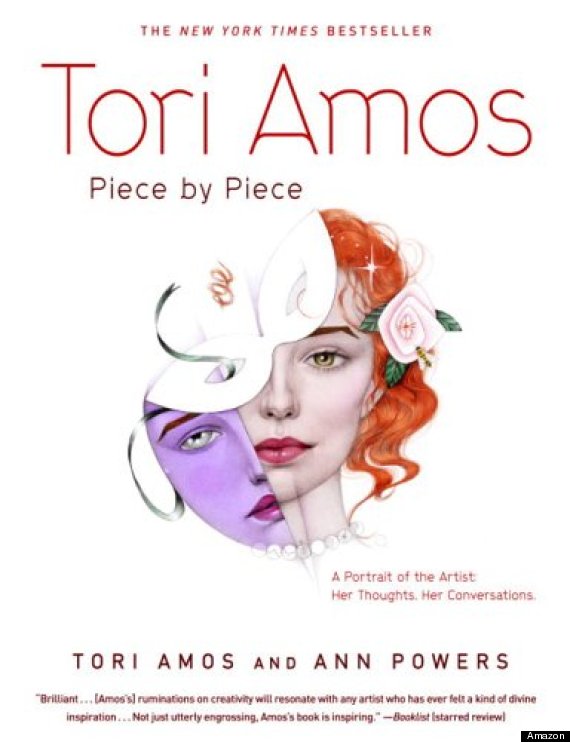 "One statement from Tori Amos: Piece by Piece by Tori Amos and Ann Powers: 'I was born a feminist.' That statement really helped define who I am; I have always followed my own path, always trying to resist letting others define my personal brand of femininity and womanhood." - Anne Bettina Pedersen, via Facebook

17. Our Bodies, Ourselves produced by the Boston Women's Health Book Collective

"Not a novel, but it is literally the bible when it comes to female body image, sexuality and how our bodies actually work. It's everything your mother wanted to tell you, but probably couldn't." - Emma Gray, Senior Editor HuffPost Women

"[Ella] was her own hero. No prince needed. She overcame a problem that should have seemed hopeless." - Krystal DeLatte, via
Facebook