I can't count the number of times I've been asked what books and movies I'd recommend to get a better understanding of prison. It's the very nature and design of this world, with all the barriers both real and metaphorical, that makes getting a clear understanding difficult to gain.

Most folk's sense of this reality is formed in the dark of a movie theater or in the living room watching something like "Oz." Either way, with only a handful of exceptions, what's presented bears only a passing resemblance to the world in which I live.

In all my 30 years incarcerated, I've never seen a jeering mob of prisoners catcalling new arrivals, not even once. Sure, there's interest, and the guys on the yard do pay attention, but this most persistent trope of Hollywood just doesn't happen.

No one leaves candy on your bed to blackmail you into sexual favors, either. These things are much more straightforward in prison. Like everywhere else in the world there are gay men in here, and they become involved in relationships with other men. In some of the rougher places, more likely in the county jails, gay and effeminate men are too often forced to perform sex acts against their will. But the idea that being raped in the shower is a normal part of the prison experience simply isn't true.

While some things are grossly exaggerated, others are ludicrously minimized. Television is particularly guilty of this crime, for some reason. For instance, on the Fox show "Prison Break," after a truly vicious race riot that resulted in multiple stabbings and at least one guard seriously injured, Warden Stacy Keach announced to the block a full 24 hours lockdown and threatened a whole week more if there was further trouble. The howls of derision in this prison block were deafening. A riot of that severity would cause a lockdown of months. We get locked down for 24 hours so the guards can catch up on their paperwork.

On the HBO show "Oz" men who had raped each other, informed on each other, and even stabbed each other, later became cellmates and even road dogs. Even beside the facts that documented enemies would never again be allowed in the same prison and informants are never forgiven, the casual way these characters treated one another simply would not be tolerated in prison. Forgetting to say, "excuse me" after brushing shoulders in a tight spot can and often does result in a fistfight. More serious breaches of prison etiquette result in much more serious consequences.

I've only seen one movie portrayal of a convict that rang true to my sensibilities. Jon Voight in "Runaway Train," which otherwise was pretty fantastical, managed to capture the essence of how a regular, stand-up male prisoner conducts himself. There was a visible restraint and a barely concealed rage, which is the general truth of the prisoner, especially the long-term lifer.

Television has never come close to accuracy, to my knowledge.

Books about prison are a different matter. For those written by even well meaning psychologists there are usually numerous glaring errors and misperceptions presented as facts. Criminologists are worse, penning long, dense tomes that have little to do with my reality. (But, check out the "convict criminology" movement for a different takes on things.) Likewise, religious figures and run of the mill policy wonks tend to prescribe impossible solutions to intractable problems that make perfect sense only to someone who's never served a minute inside a cell.

It's harder to narrow down the many books written over the years by prisoners and ex-cons. The trouble with these is they are accurate only for the author's personal experiences during a strictly delimited timeframe. I've read books by prisoners that were obviously true but still had virtually no relevance to my experience. Each prison is different, and each prisoner's time is a unique series of events and circumstances.

Nevertheless, there are a few books worth reading that manage to convey the essence of time in a prison for the discerning reader. 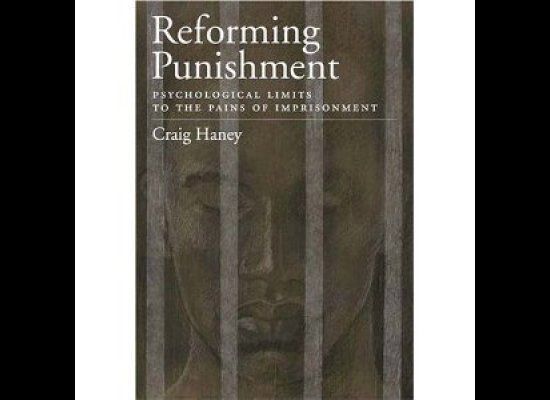 1 / 8
Reforming Punishment
"Reforming Punishment," written by Craig Haney, a psychologist with more than 35 years of experience in prison reform and study, is the best academic book I've read by a non-prisoner about the horrors and insanities of modern corrections. If you're not appalled by what you read in this book you are too comfortably numb.