Today as a young Arab/Muslim, I got the advice of my life when a middle-aged British man told me "You left books written in Arabic on the table -- this would make people feel concerned." 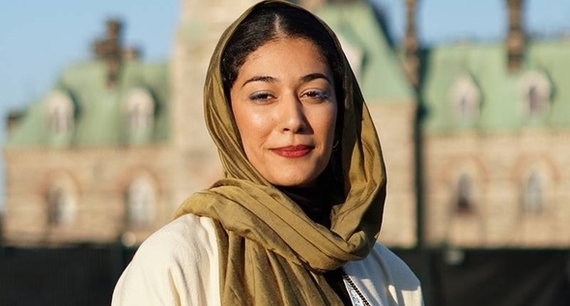 I was sitting in a coffee shop in the UK, reading a book written in Arabic. Then, after some time, I felt a bit stiff. So I put on my coat and went out in front of the coffee shop to get some fresh air. A few minutes later, a man came up to me, who turned out to be a customer that was sitting at the table next to me and said "You left your books on the table."

My immediate response was to thank him as he might have thought I left and forgot my books behind. But then he said "But the books are in Arabic! You should not leave them on the table like that. You know what this means?!"

Only then, did it hit me that the man was not trying to remind me of my books. He was implying that I shouldn't have left them on the table, because they are written in Arabic and are thus a security threat!

So I asked him if the problem was not that I left books on the table, but that they are written in Arabic, and he answered, "Yes! Books written in Arabic left on a table, you know what that means! You know this would make people feel concerned!"

Then he just got in his car and left.

Today I was lucky to meet this humble man who just wanted to give me an advice, so I wanted to pass it to anyone who may have any Arabic books. We should all be aware of the high possibility that any Arabic content could explode. So please be very careful when you use any Arabic content in public, because you don't want to risk peoples' lives when you are reading a book written in Arabic, do you?!