For the Year of the Boomer -- 2014 is the year the youngest Boomers turn 50 -- here is another installment in my year-long survey of 50 Post-50 Boomers across 10 career categories who have reinvented themselves within the last 10 years.

Many Boomers who are well into their 50s and working in well-established careers fear that there is an end in sight to their long-held and once-secure positions. Those of us in this situation are who Emilio Pardo, President of AARP's Life Reimagined Project calls the "working worried." But there are more and more stories about people in these kinds of predicaments who have been able to readily break out of their constraints, reverse this downward trend, and create an amazing new career for themselves - well beyond what they could have hoped for. You've got to be a little bit pro-active - and a little bit smart.

Like David Levine. David, 53, had been an options, index, futures and equity trader based at the Philadelphia Stock Exchange for 15 years, and, until 2013, at ICE Futures U.S. and WTC Philly. A 1983 graduate of the prestigious Wharton School at the University of Pennsylvania, he had been President of his own firm, DL Securities, Ltd. As he explained in a recent interview, however, the 21st century caught up with him and began to make his "analog" trading methods obsolete. By the mid- 2000s, the handwriting was on the wall, and the need for old-school "open-outcry" options traders was dwindling, and David knew that he was rapidly becoming a dinosaur. He also realized that being in a waning niche profession was not a great selling point on a resume, and that he would have a tough time making a lateral move into another, parallel position in the financial services industry. Plus, he had grown tired of the routine, and was feeling an urge to not only have more control over his day-to-day career, but also wanted to be engaged in a profession that offered more than financial rewards.

David's one big advantage was that he had been an independent contractor, and knew what it was like to be in business for himself. But beyond that, he had no idea what kind of business would be appropriate for him, or available to him. Smartly, he made a few key - and critical -"back of the napkin" decisions:

He did his research, including consulting with a number of business brokers, and settled on the non-medical home care industry for a number of reasons. The franchisor in question, ComForcare Senior Services, had been growing successfully since 1996, and was servicing an obviously growing market for senior at-home health care. In following the trends of the aging Boomer population, David knew that at-home care was going to become an increasing priority for a number of reasons, including the cost of institution-based care, and the personal preferences of our generation to maintain a more dignified quality of life.

ComForcare had a franchise location near David in Montgomery County, PA that was available - already established, profitable, but needing additional commitment and vision. In 2013, David, in consultation with his wife, Tania, (now also his business partner), made the decision and acquired the franchise.

In the intervening year, David says that his life has turned "a complete '180,' transitioning from an industry with money-hungry participants to one predicated on building relationships and providing compassionate care." And he added: "I just feel much better about what I'm doing with my life. Beyond [the income potential of Trading], I wasn't building anything, I wasn't providing a service. In a way, this has been transformative for me. I'm amazed at the way I feel about myself. I have a sense of serenity about doing this kind of work."

He has clearly embraced his new career, and is committed to providing better and better service to his clients, and in training his staff in the best current practices related to home care. For example, earlier this year, he earned a credential as a Dementia trainer, and conducted an 8-hour training seminar for his care providers to teach them the latest procedures and techniques in dealing with afflicted clients.

In talking with David, I was inspired by his sense of renewal and enthusiasm for his life and his work. In an uncertain cultural and economic climate in this country, where Boomers are derided as having "stolen" the future of younger generations, here is a man making a significant contribution to everyone's future, paying his own way, providing jobs for others, and leading the way towards a new multi-generational society, where people will provide value at all ages. 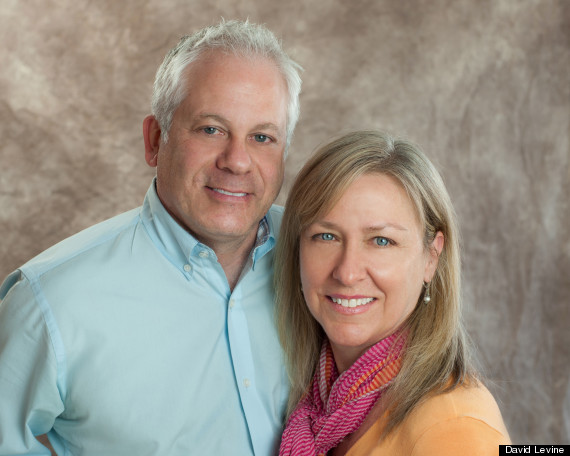 How Did This Boomer Do A Career '180' To Find Purpose And Meaning?
10 Great Ideas For Retirement Jobs