Lindsay Samakow, 23, graduated from Penn State University in 2010 and took a job selling phone service door-to-door to small businesses. The recruiter promised she'd make a substantial commission over a tiny base salary. Although Samakow landed plenty of appointments, there were few takers: Her firm's services were both unproven and more expensive than established rivals.

"The amount I spent in gas and tolls was more than I made in my job," she said. After eight fruitless months, Samakow -- by then the firm's veteran salesperson -- quit. She moved out of the apartment she shared with a roommate, and into her mother's basement in Maryland while she looked for a new job.

Samakow, sister to HuffPost Parents' Jessica Samakow, is part of a burgeoning trend: The Great Recession has led to the largest spike ever in the number of Americans living in multigenerational households, according to a study by the Pew Research Center. In 2009, the share of the population living in such households had increased to 16.7 percent, from about 12 three decades earlier.

More than 51 million Americans live in multigenerational households, defined three ways: two adult generations -- a household head with an adult child, or with a parent; three or more generations, such as a householder, adult child and grandchild; or two "skipped generations" -- a grandparent and a grandchild. But between 2007 and 2009, the fastest-growing segment of people doubling up with family were young adults ages 25 to 34, according to Pew.

Decades of globalization, rather than years of recession, are to blame for the failure to launch among young adults, according to a new book, "The Accordian Family: Boomerang Kids, Anxious Parents and the Private Toll of Global Competition," by Katherine Newman, dean of the school of arts and sciences at Johns Hopkins University.

"We have a more integrated global economic system and the world has become more competitive," Newman said. "In richer countries, where job outsourcing is taking place and labor costs are high, we are seeing more long-term unemployment and real structural weakness in labor market. That has had a significant effect on new entrants to the labor market."

While the spike in households doubling up is most noticeable in the U.S., the trend has been surging in Europe and Japan since the 1980s, when labor laws were liberalized, allowing companies to hire people part-time and on short-term contracts for the first time, Newman notes.

"Older people were politically powerful and able to protect themselves so the burden (of changing laws) fell on shoulders of those entering the labor market," Newman said. "Ultimately it will be felt by everybody, but for 20 years or so young people have been on the receiving end of this."

In so-called "weak welfare states" such as Italy, Spain and Japan, where there’s less support for higher education, "we see family stepping in as the buffer between their children and the forces of the market," Newman explained. As a result, the number of young adults staying with family well into their late 20s and early 30s has surged. For example, 73 percent of Italian men aged 18 to 34 lived in their parents' home in 2007 (37 percent were age 30 to 34), according to Newman.

"The U.S. is really in the middle; we do provide a lot of money to help young people go to college, we do have a safety net," she added. "It's not brilliant, but we do have it -- and as a result the value of the family home as a safety net isn't as strong here as it is in other countries where there's no safety net at all."

On the other hand, in the U.S., a higher proportion of adult children are living with their parents now than at any time since the 1950s, Newman noted. College-educated adults fare better, "but even they don't look as good as they did before and their earnings have been flat and falling," she said.

What's the fallout for parents from this failure to launch? "They don't lose the role of an active parent," Newman said. "So in that sense they are sociologically younger than past generations -- that's an upside. They retain the pleasures of being a parent and lose the downside. The relationship becomes more egalitarian and less vertical."

That doesn't mean there aren't difficulties. "I have tried to set guidelines but that doesn't make much of a difference to my mom," said Samakow, who found a new job in July 2011 as an agent at a bureau representing speakers for conferences and other events. She is saving up to move out.

"I've said, 'no mom, you can't call my friends 17 times if I don't pick up my cell phone, that's inappropriate.' She doesn't want me to leave ever," Samakow said. "We're still trying to cut the umbilical cord."

Moreover, it's not a completely rosy situation for parents if young people are not making clear steps toward leaving the nest, said Newman. "We have a culture that values mobility, that believes in the work ethic and a sense of direction and goals," she noted. "As long as young people move in that direction, even if they don't get there for a long time, it's okay. But if they're in the basement playing video games, a tremendous amount of tension builds up."

The larger societal concern is whether parents are stripping retirement funds to support children longer than they had planned. Meanwhile, their adult children, who earn relatively lower wages over a shorter period in the workforce, may not have the resources to support their aged parents. "They are coming into adulthood much later, often burdened by student loans," said Newman.

The failure to launch is also resulting in lower birth rates around the world. In the decades ahead, that could be hugely problematic for social security systems, which rely on younger workers' contributions to support retirees, as well as prospects for economic growth.

"It's less obvious in the U.S. than in Japan, because we have a large immigrant population and they have children in large numbers," Newman said. "Without that we would look the same as Japan. Japan is a really old country -- and when your labor force is made up of people over age 65, that usually means a slowdown in productivity."

The accordion family is also transforming the milestones by which American culture has traditionally defined adulthood -- finishing education, getting married, having children, buying a home. Young adults interviewed for Newman's book define adulthood in psychological, rather than material, terms.

Samakow calls adulthood a work in progress. "Being independent is the thing that I associate with being an adult," she said. "I understand the importance of having my finances under control and being responsible for myself."

Check out our slideshow for tips on maintaining harmony in a multigenerational household. 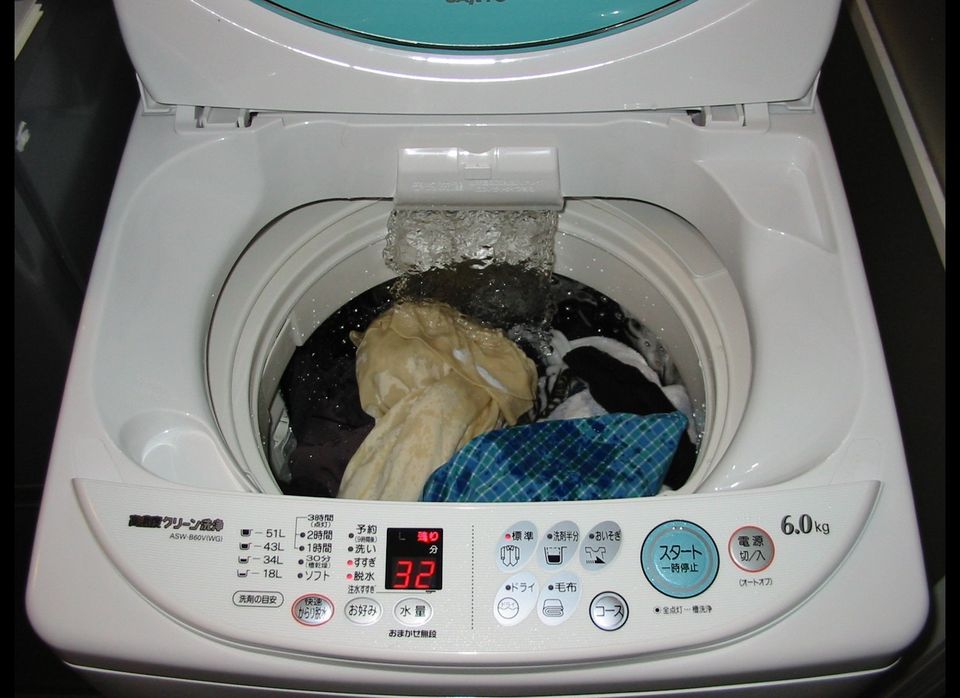 1 / 5
#1 Discuss Household Expectations
"Discuss the expectation of parents and kids in terms of how you behave at home and what responsibilities they have," Newman said. "It's better to talk these things over rather than be silent and grinding your teeth behind closed doors." Groceries, cooking, laundry and tidiness can all be areas of conflict, so lay down some ground rules. <em>Photo courtesy of <a href="http://www.flickr.com/photos/syobosyobo/" target="_hplink">jim212jim</a></em>
Flickr:jim212jim