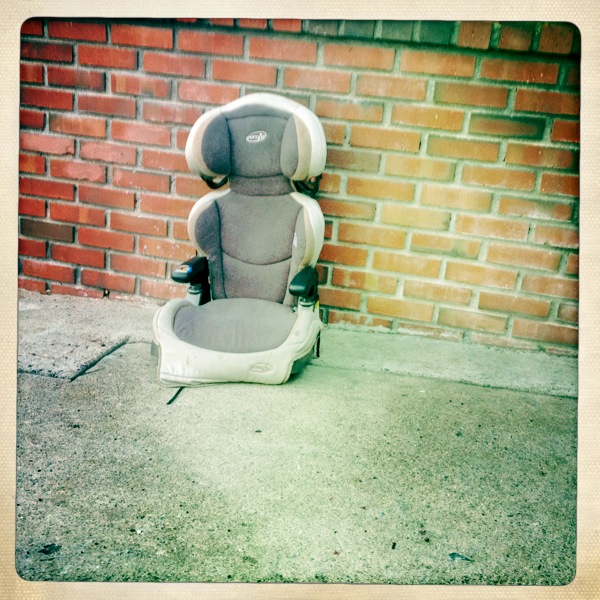 Starting this year, California took a big step forward with its new booster seat requirement: It became one of only a handful of states that require kids to sit in booster seats until age 8 or until they reach a height of 4 feet 9 inches.

Has this new law given Californians greater clarity on car seat safety? Not exactly. At least three major news outlets reported the change incorrectly (reporting that the new law included 8-year-olds). Many parents whose 6- and 7-year-olds had already legally "graduated" from booster seats are balking about putting their kids back into the chair (even with the new threat of fines up to $475). And still more parents haven't heard of the new law, and couldn't tell you what the old one was anyway.

Welcome to yet another chapter in the murky, murky world of booster seats.

When you have a new baby, it's a given that he or she will ride home from the hospital in a rear-facing infant car seat. Beyond that, the rules get a little fuzzier. At some point your little one will graduate to a rear-facing seat with a five-point harness, and then later you'll turn the seat around so that it is facing forward. Eventually your child will switch to a booster seat (a cushion, sometimes with armrests and a backrest, that is restrained by the car's seatbelt), and later, just the seatbelt alone. When to change at each point is subject to all sorts of vagaries -- the size and weight ratings on your car seats, the weight and height of your child, and the laws that seem to vary wildly from state to state.

You can get a sense of the mishmash of rules on the subject when you look at a chart comparing state child safety seat laws. Consider this: Georgia has a requirement for children to be in some sort of seat restraint until age 8. Florida, on the other hand, has no booster seat law, and only requires children to be in some sort of restraint until age 4. So you have to be twice as old in Georgia before you can go without a child seat as you can in Florida.

But the law in Florida raises an interesting point -- Is a booster seat really necessary after the toddler stage? Can't a kid just ride with a regular seatbelt? Experts say that in many cases with younger children, a regular seatbelt does not fit properly. Some even say that kids need to be age 10 to 12 before a seat belt fits the right way.

Here's why: If the lap portion of the belt rides across a child's tummy (instead of resting on his or her upper thighs), this could cause internal damage in an accident. The shoulder belt also needs to cross the center of the child's chest, not cut across his or her neck. A booster seat literally gives a kid a "boost" so that the seatbelt sits in the right place. Although the backrest is optional, it helps stabilize your child's head and neck if he or she is not tall enough to reach the headrest. 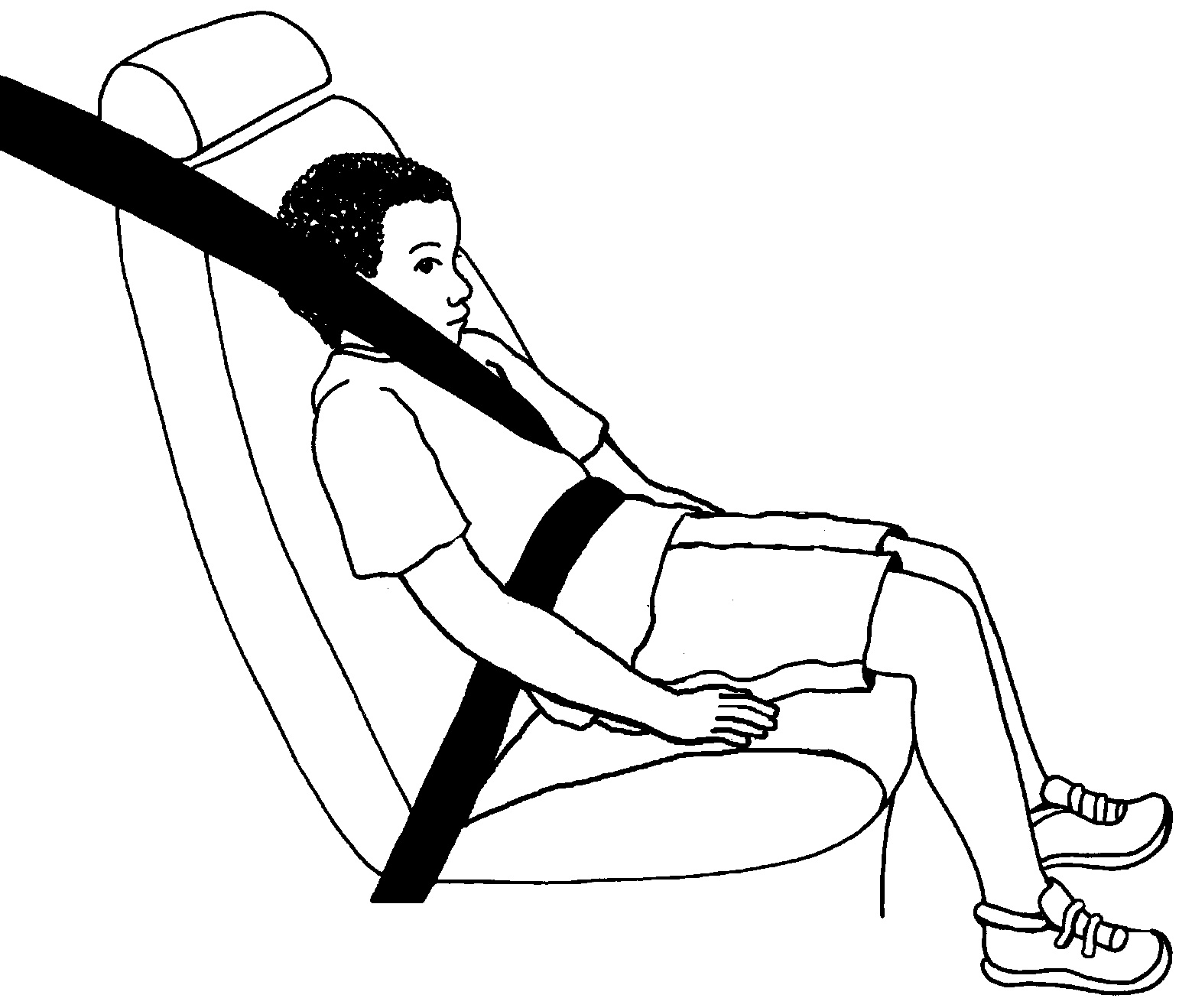 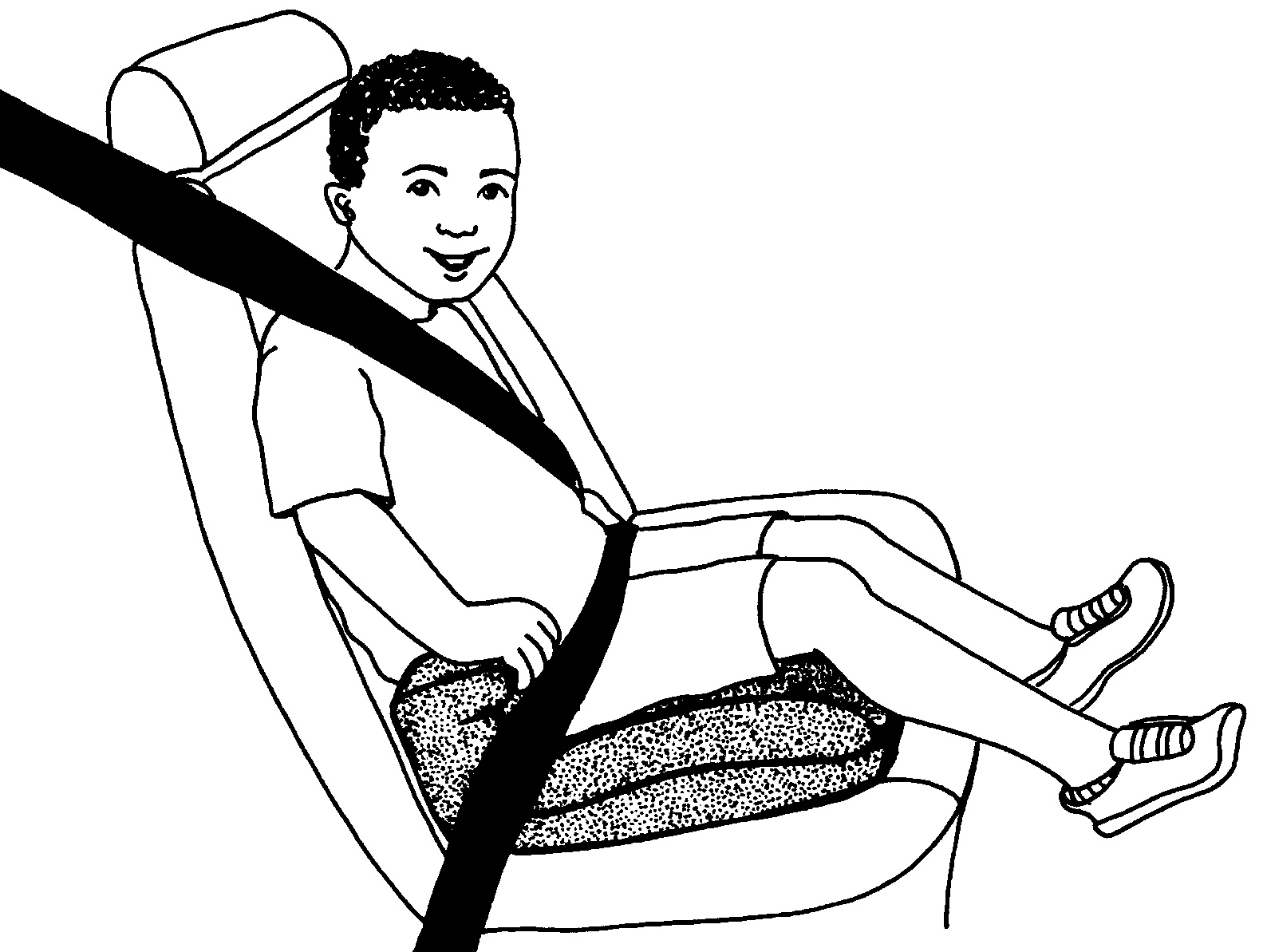 SafetyBeltSafe USA, a child car seat safety organization, offers the following 5-point checklist to assess if your child needs to ride in a booster seat:

Even if your child meets the age requirement to ride without one, many experts recommend keeping the booster seat in place. SafetyBeltSafe USA reports that a booster seat can reduce injuries about 45 percent for children who do not fit into a regular seatbelt.

But ultimately, the decision as to whether a kid rides in a booster seat rests with the person driving the car. Some parents are super safety-conscious and will keep their children strapped in as long as possible; others are tired of dealing with car seats altogether. Using one micro-sample from our Los Angeles neighborhood, we know of at least one family that stopped using booster seats at age six, and at least two families whose 7-year-olds still ride in a seat with a five-point harness.

Are kids safer in a booster seat? Yes. Will new laws help more kids use booster seats for a longer time? Maybe, but it will take more than the current mishmash of confusing and inaccurate information. It will require a concerted and convincing campaign of the genuine safety benefits to help convince parents and kids that a booster seat can be a lifesaver.

Jeanne Ponessa Fratello writes about kids' nutrition and parenting at The Jolly Tomato.