Kickstarter has helped thousands of people raise over $700 million for their projects, from independent films to the world's largest jockstrap. But what about the other, more everyday projects people want to fund?

BoostUp, a startup that recently snagged a $1 million investment and moved to Detroit from Chicago, lets users start free accounts to raise money for vacations, cars, houses and weddings -- and encourages them to ask friends and families to donate to "life's big purchases."

Unlike Kickstarter, users don't have to raise an amount within a certain timeframe. Instead, the site treats users' funds like savings accounts. BoostUp also allows commercial partners to provide incentives, like Hyundai, which will add a savings "boost" of up to $500 for users who buy one of their cars. Currently, that seems to be the only available boost -- but BoostUp said it has deals with 142 car dealerships in 31 states and will announce more partnerships soon.

"It’s like a bank plus crowdfunding," founder and CEO John Morgan said in a statement. "It’s free to transfer funds and it’s free to use."

Morgan originally launched the startup as Motozuma in 2010, which had a similar intent but solely focused on cars. According to Crain's Detroit Business, Hyundai has sold over 3,000 cars through the site since 2010. BoostUp plans to make money from companies' subscription fees.

It seems to be more and more common for people to crowdfund what were once personal expenses, or at least for sites to offer them the ability.

Crowdtilt, which launched last year, bills itself as a funding platform for "group experiences, purchases, and causes." It started after its founder developed software for charities to group-fund donations that his friends wanted to use to coordinate payments for party bus rental and Fantasy Football leagues, according to Forbes. It seems to be geared at groups trying to split costs more than looking to outsiders to raise funds.

There are also sites that allow students to crowdfund their college tuition, including Upstart, which give backers a return on investment -- students or entrepreneurs give investors a percentage of their future earnings. "The startup is you," they proclaim. Forward-thinking parents can register on sites like GradSave to start crowdfunding college costs for their toddlers.

According to NPR, health care is one of the "causes" that users are turning to for crowdfunded support. They report that the "Medical, Illness & Healing" section is GoFundMe's most popular, and in the first 10 months of 2012, users raised more than $6 million for medical causes. Like Kickstarter and most other sites, GoFundMe receives a percentage of the donations.

But just because the technology is available doesn't mean others will look kindly on your requests. Two couples recently made headlines -- and received plenty of criticism -- for using GoFundMe to fund wedding plans. Eric Turner and Morné Coetzer used GoFundMe to raise more than $3,000 of their $7,000 goal to help their parents attend one of their several wedding celebrations, but deleted their account after backlash from readers, according to Gawker.

Couple Cesar Hernandez-Topete and Miguel Munoz attempted a similar plan, with the more modest goal of $2,500. They have raised $1,100 in several months, but the decision to crowdfund a personal expense was still viewed as "inappropriate" or improper etiquette by some. 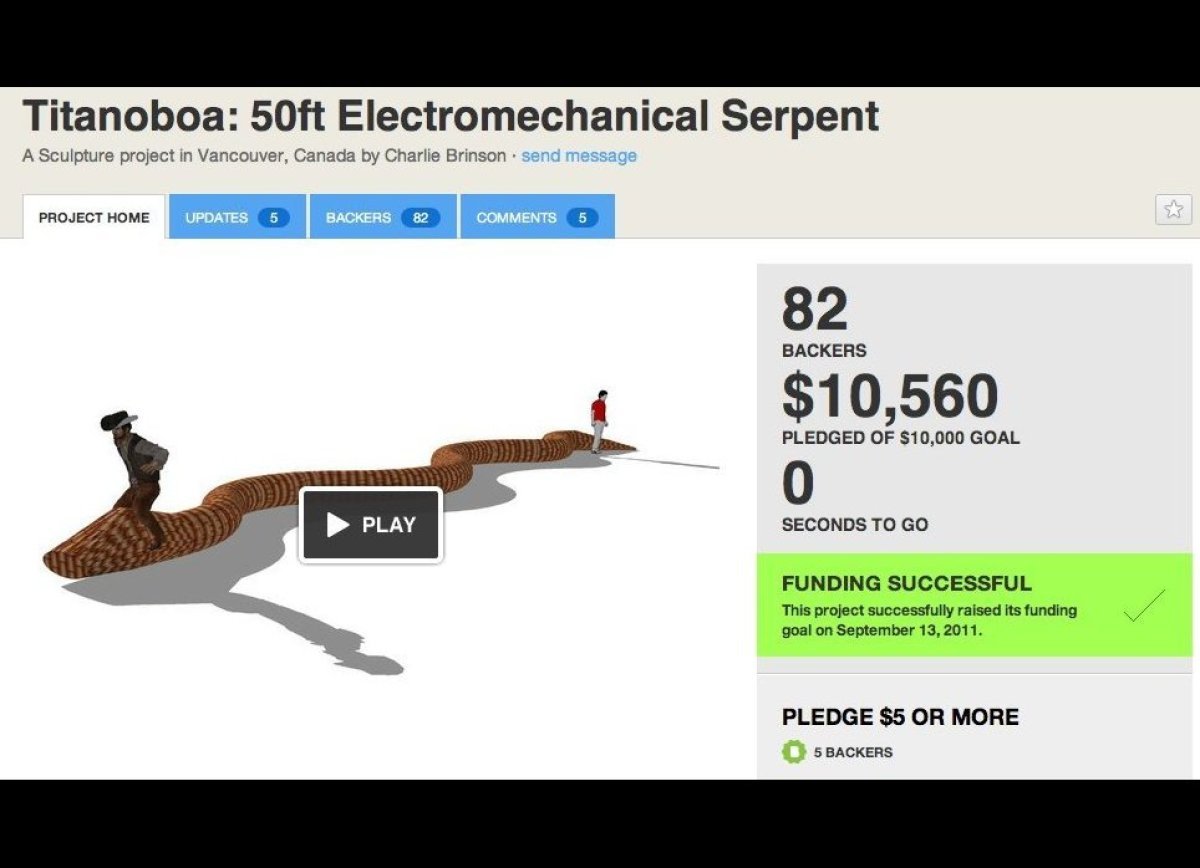