Anyone who says, "All publicity is good publicity," has, obviously, never had bad publicity. There's also that other lame line about, "I don't care what you say about me as long as you spell my name right." In public relations, neither is an informed approach to dealing with an image. Actually, they are both as harmful as they are foolish and misguided.

I was thinking about this after a few recent trips to the Lower Rio Grande Valley and hearing over and over about the dangers associated with living on the border. The valley's reputation on the US and international stage is suffering from the impression that it is in the midst of the cartel drug wars on the other side of the Rio Grande. In fact, the violence in Mexico is having an impact on the image of American border communities but that is not because cartels are shooting it out in the streets of Laredo or McAllen.

It's largely just a product of proximity and a touch of incompetence.

The most recent PR gut shot for the valley is targeted at McAllen and comes from Time magazine, which has worked with Gallup to gather data and insights to give the Texas border city what amounts to the title of "Scariest City in America." Actually, the dishonor went to three Hidalgo County communities by including Edinburg and Mission, which, not coincidentally, are showing signs of significant economic vitality. A new medical school will soon be built, Space-X is expected to launch rockets from a nearby beach, and Northern Mexico is on the verge of a major shale oil boom, which will position the valley in the midst of money and energy. The Time survey, though, says less than half of the people living in those communities feel safe going out at night, even though the violent crime rate is 319.2 per 100,000 people, which is the 160th lowest crime rate in the country and well below the overall figures for the entire U.S.

So, why be afraid? The answers are bad PR and, probably, a lack of streetlights.

Because that three-city region in Hidalgo County deals with many unincorporated colonias and peripheral communities, they lack services. Citizen organizations like LUPE have been pushing for years to get illumination into some of the poor neighborhoods, and there are a considerable number of lower income communities given the fact that the poverty rate is the second highest in the nation. Urban and rural parts of Hidalgo County lack any significant street lighting at night.

And the bad PR, just like the Time story, will prompt a lot of people to remain indoors when it turns dark. Valley leadership has made a few poor decisions and has remained relatively non-responsive in dealing with bad publicity and the harm it brings to an otherwise prosperous region. In Mission, and a few other border cities, camera crews from the National Geographic program Border Wars are allowed to ride along with law enforcement like local cops or DEA and customs. The end result is the only story being told about the border is the one of violence, and the cameras on the cable programs are not capturing video of people picnicking in the parks beneath the palm trees. 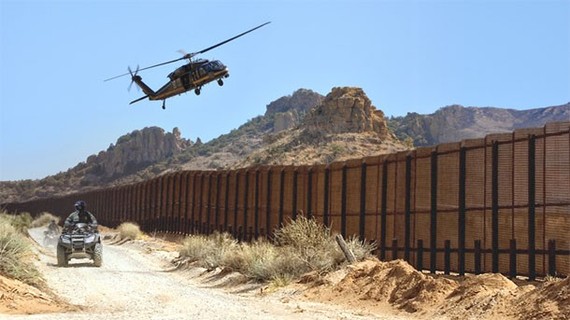 Further up the river in Laredo, the city has its own program in Border Town: Laredo, which follows the undercover drug unit cops of Laredo PD as they go about the business of trying to have an impact on the cartels shipping product across the big river. The action is real and disturbing, and it is the only messaging going out to the rest of the country about Laredo. Unsurprisingly, hotel occupancy rates are rarely above 40 percent in old Laredo because of the violence in Nuevo Laredo and also due, in part, to the TV program that makes it look like the old west is rising again down along the Rio Grande. 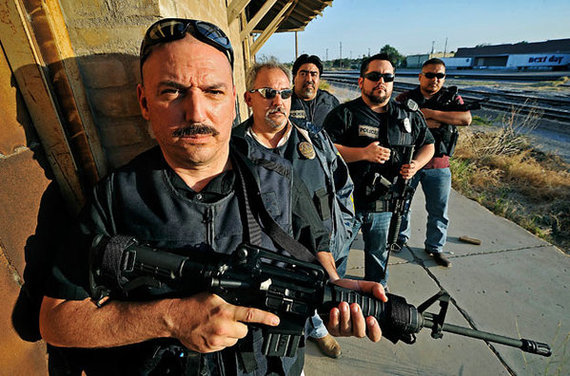 Laredo city leadership invested what is reported to be more than a million dollars in a billboard campaign and website to offset the effects of its increasingly tarnished brand but it has had little effect. The signs, which read, "Laredo is Safe," while a positive and declarative statement, are the marketing equivalent of, "I am not a crook," or, "I no longer beat my wife." The costly campaign appears to have concluded since a Chinese company has taken over the website's URL.

While drug runners and police officers fire at each other on camera, community leaders shoot themselves in the foot by allowing access to these scenes. Self-inflicted wounds tend to be the worst kind. The future of the border and its economy is actually in some kind of danger as a consequence of bad communications and marketing combined with a proximity to Mexico. Potential tourists probably are not so naïve as to think there are not cartel dollars circulating on the U.S. side of the border but they ought to also know that kind of money is a part of the economies of Austin and Houston and New York City and Richmond, Virginia, and probably every major U.S. metro area. The significant difference is that there are no cameras chasing around drug operators in those communities.

Being snug up to one of the deadliest cities on the planet, however, has not affected the safety and security of El Paso. Across the river in Ciudad Juarez, thousands of women have been disappeared as drug cartels fight for control but El Paso has been named, based upon crime rate and research conducted by CQ Press, as the safest place in America to raise a family for the fourth consecutive year. The ranking makes the point that what transpires south of the Rio Grande does not, of necessity, have relevance on the U.S. side, which also indicates border communities are doing a lousy job of telling their stories to the broader U.S. population while the reality TV show producers and alarmists are very effective at getting out the drama and the bad news.

There is almost no responsiveness from border leadership regarding the bad news. Worse, when they speak publicly, it often leads to more harmful information. The mayor of the valley city of Mission, who is running for reelection, acknowledged in an article published by the Rio Grande Guardian, that he could have done nothing to prevent officers from the police force going rogue during undercover drug operations. Salinas told Televisa reporter Ron Whitlock that the city and mayor lack jurisdiction over the police department.

This can hardly be encouraging for businesses considering relocating to the valley after it is learned that the son of the former county sheriff and the son of a police chief in a nearby community, who were both serving on the Mission police force, were sentenced to 17 and 14 years respectively for helping one drug dealer steal large loads of contradband from competitors. This is how political candidates end up using harmful phrases like "war zone" and "third world country" to describe the Rio Grande Valley, and compound the harm.

Of course, you may have already heard about this if you watch cable TV. But it's not likely you have any idea what the taxpayers and good citizens think because no one in the valley has yet figured out what to say.

Or even who needs to listen.