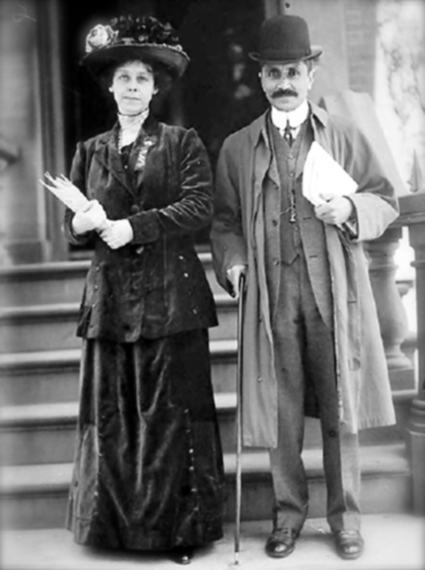 Florence and Ali-Kuli Khan. Image from We Are Bahá'ís.

In 1904, Florence Breed and Ali-Kuli Khan married in Boston. Breed was American and Khan was Iranian; their union symbolized East and West uniting in the Bahá'í Faith. When 'Abdu'l-Bahá, son of the Founder of the Bahá'í Faith, visited the US in 1912, the Khans hosted a luncheon for him in Washington, D. C. There, 'Abdu'l-Bahá defied social convention by giving Louis Gregory, an African-American Bahá'í, the seat of honor. 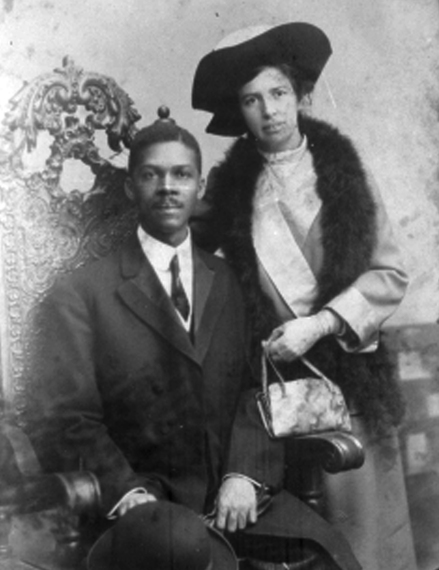 A few months after this luncheon, Louis Gregory wed Englishwoman Louisa Mathew in New York City. Their marriage was illegal in many parts of the United States due to racist anti-miscegenation laws. And I believe that was precisely the reason 'Abdu'l-Bahá had encouraged Louis and Louisa to get to know each other: so that the truth of their love would expose the falsity of racial barriers.

While the Khans and Gregorys were unusual in their day, today, many Bahá'í marriages transcend traditional borders of race, culture, and nationality. The diversity of the global Bahá'í community--second only to Christianity in its geographic scope--has facilitated these connections. 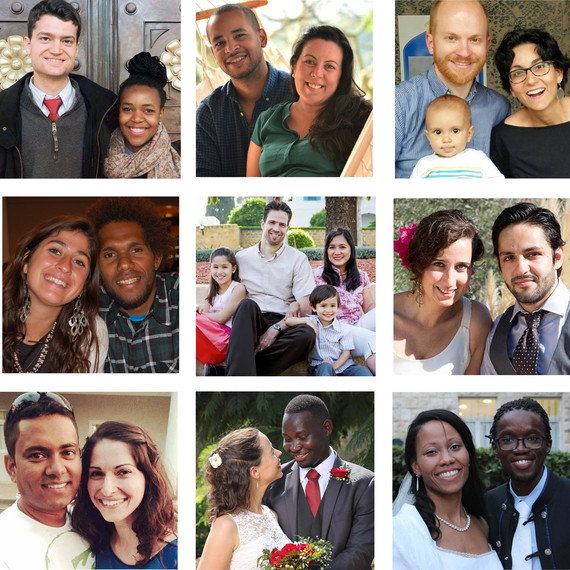 Some of the beautiful Bahá'í couples and families I know.

Americans of the Millennial Generation, people--like me--born after 1980, are the most open generation yet to interracial marriage. According to the Pew Research Center, 5% of Millennials disapprove of interracial unions, compared to 26% of the Silent Generation (born 1928-1945). Of course, 5% disapproval is still too much. The same study shows that 58% percent of my generation believes immigrants strengthen the United States--which implies that some 42% think immigrants weaken our country. My husband is an immigrant from Moldova, so that statistic troubles me.

Like many religions, the Bahá'í Faith places high importance on marriage, and on parenting. Now, my husband Sergey and I don't have any Baby Mirons yet, but we're constantly thinking about how we'll raise our future kids--because we understand how crucial the first years of a child's life are to the rest of their lives.

Both my parents are Bahá'í, and when my sister and I were tots, they taught us to value all people. Bahá'u'lláh, the Founder of the Bahá'í Faith, taught that every human is a noble being, a mine rich in gems of inestimable value. It's not for us to look at the surface and try to determine the value of the jewels inside. Thanks to this early spiritual education, as I grew up, I found myself particularly attracted to people who could show me varying perspectives on our world. 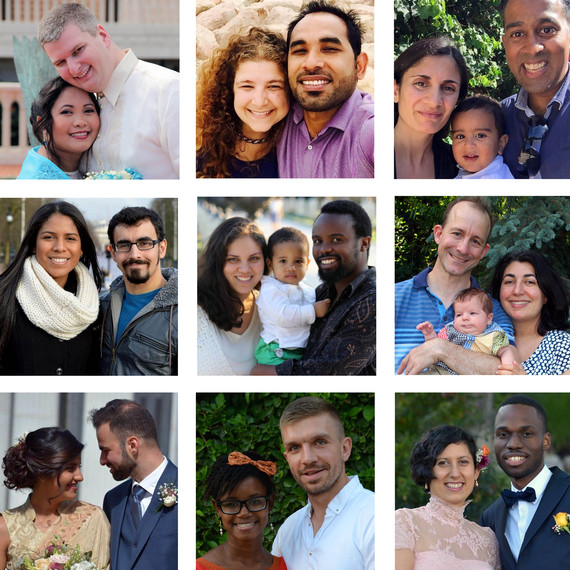 Some more beautiful Bahá'í couples and families I know.

Once I decided to start seeking a life partner, I got to know men very different from me in ways ranging from skin color to creed to personality. When I was 23, I married Sergey. Although we share a pallid skin tone, serious personality, and--most importantly--our belief in the teachings of Bahá'u'lláh, what we don't share has provided huge growth opportunities for both of us.

Our hometowns are 5,000 miles apart. Had we been born a generation earlier, we might have never had an opportunity to meet, due to the Iron Curtain. We grew up speaking different languages, eating different food, embedded in dissimilar family structures and cultures. Our contrasting backgrounds provide plenty of material for learning on a daily basis, from the simple--sharing recipes from our home cuisines--to the complex, such as navigating different approaches to communicating.

When we have kids, we'll teach them the unifying message of Bahá'u'lláh. But this lesson won't happen through words alone; their exposure to the wonderful diversity of the human race will start right here, in our home, as they learn to speak both English and Russian, as we tell them about the roots of the many immigrants who have come together to produce them: Moldovan, Russian, Polish, Roma, Iranian, Swiss, Swede, English, Irish, German... They will learn that while heritage matters, what matters more is how they connect with people who do not share their roots, their lifestyles, or their perspectives. I hope they'll absorb the love Sergey and I have, and as they grow, they'll perceive the falsity of persistent social divisions--and help to break them down.

I realize that two years of marriage hardly makes me an expert. But here's my inexpert suggestion for how you can contribute to building a more unified world: if you're seeking a spouse, consider getting to know people unlike you. Of course, look for a partner who shares your spiritual values, but let this partner be someone who will open your eyes--and your heart--to the wider world. Families are the building blocks of society, and if those fundamental units demonstrate unity in diversity, ultimately, society will too. 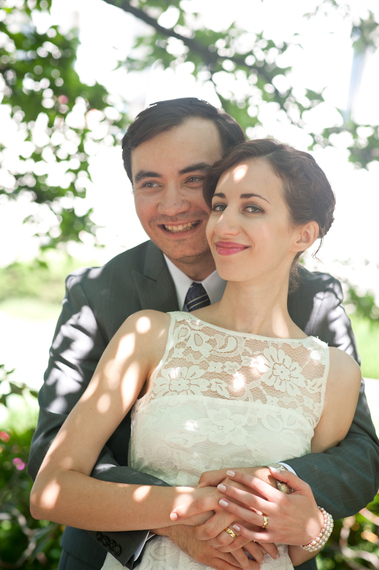 Happy anniversary to my beloved husband!