Cut off from the heroin I'd grown used to, as a newborn I battled through withdrawal. I was born in prison where my incarcerated mother was serving one of her many drug-related sentences. She was a heroin addict.

I Was a Heroin Baby

Her substance abuse started when she was a teen, and like many incarcerated women today, her addictions landed her in prison after prison. On one of her brief stretches of freedom, she violated parole and was also pregnant with me.

Prison records say I cried the telltale high pitch, squirmed from burning diarrhea, wouldn't take my mother's milk, and vomited everything else.

My incarcerated mother lost her parental rights and the authorities placed me in foster care, then later adoption. This may sound like a fairy tale ending to a tragic beginning, but instead, I self-medicated with drugs to navigate through the loss, trauma, and sorrow from my early years. I traveled a similar path of addiction as my prison mother.

This is what a new law in Tennessee will perpetuate: feeding the cycle of addiction and trauma across generations. The law criminalizes pregnant women who use drugs, and allows prosecutors to charge a drug-abusing mother with "fetal assault." The law passed even with disagreement from leading experts like the American Medical Association and the American Academy of Pediatrics, all leaders in the field of wellness for mothers and pre-natal care. 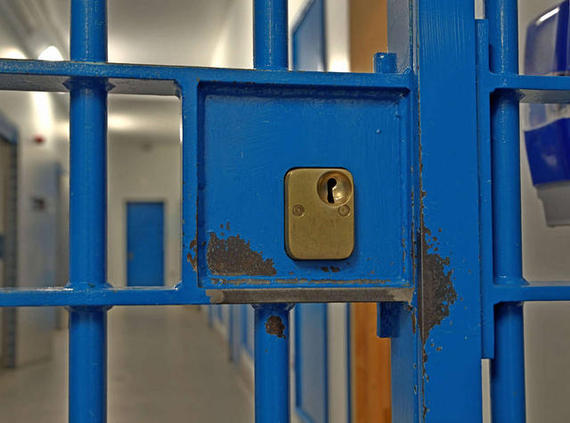 Last week, Tennessee arrested the first mother under this new law. Proponents say drug treatment is always available pre-arrest, but in truth, the wait list for affordable treatment programs is long. Supporters also claim the law is intended to reduce illegal use of drugs by pregnant women, but the reality is, the law will make sure the women avoid pre-natal care out of fear of arrest.

The Current Facts Of Incarceration Are Too Stunning To Ignore

According to Bureau of Justice statistics and a study from The Pew Center on the States, the incarceration rate for women has risen 800 percent in the last 20 years, and the rate of incarceration for drug crimes increased tenfold between 1980 and 2010. The number of children under 18 with a mother in prison has more than doubled since 1991.

2.3 million children have a parent in prison. That's 3% of all children in the U.S. and it's a population larger than the state of Delaware, larger than San Francisco, and Philadelphia.

For the sake of the children and our communities, the solution is to figure out what works to end the cycle of addiction. Policy-makers need to direct their focus and funding toward medical and rehab services, not sentencing and punishment for mothers who are addicted.

Now that I've been clean 20 years, I work across the country with women in prisons and drug rehab centers. I've stood face to face with thousands and thousands of women and also men and youth in prison, and see first hand: addiction is not a crime, it's a public health and mental health issue.

Do we want policies that support the health concerns of mothers and babies, or do we want laws that harm? We must challenge the current law in Tennessee, and make sure this does not set a precedent. We need community healthcare, treatment, and mental health services, not more incarceration.

Deborah Jiang-Stein is founder of The unPrison Project. She's a public speaker and author of the memoir, "Prison Baby," and a forthcoming collection of interviews, "Women Behind Bars."