Istanbul has a vibrant modern art scene that includes trendy new galleries, the Contemporary Istanbul art fair, several cutting-edge art book publishers, a modern art museum and its own biennial, which opened Sept. 16 and is as ambitious as it gets, especially in a country that many deem nationalistic in its modern art preferences. Using Cuban artist Felix Gonzalez-Torres's life and work as a starting point, and calling itself "Untitled," after the way G-T named his pieces, the biennial presents an international perspective on the questions contemporary Turkish artists seem to be asking themselves about identity, violence, media and war.

The latest feather in the city's contemporary art cap is a new museum, The Borusan Contemporary, which opened the same day as the biennial. Located in a 100-year-old mansion on the Bosporus in the shadow of a dramatically lit suspension bridge linking Europe and Asia, the Borusan also places Turkish art in an international context, looking beyond Turkey for inspiration. 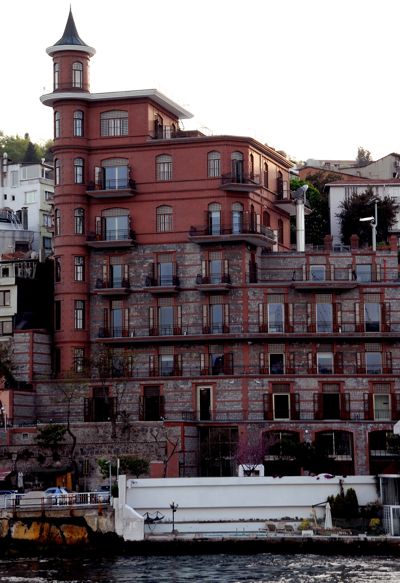 Borusan Contemporary Museum on the Bosphorus 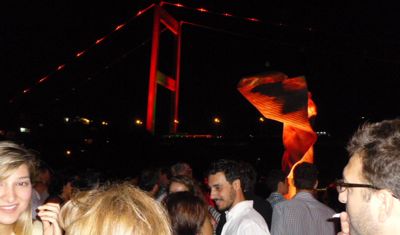 The seaside mansion is actually Borusan Holdings' headquarters. The museum is only open to the public on weekends when the staff has gone home and locked their possessions in their desks and file cabinets. Though gallery spaces have been created on the lower floors, much of the art is exhibited in the actual offices of the company. 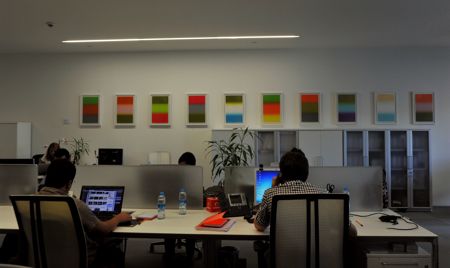 It's fun to wander voyeuristically through the building and look at the art amidst the personal effects of the people who work there. A magnificent Lynn Davis photograph of the mysterious rock formations found in Capadoccia in central Turkey hangs in the office of Chairman Ahmet Kocabiyik, the man who did most of the collecting and whose father stated the company as a pipe manufacturing firm; it is interesting to have access to the inner sanctum of arguably one of the most successful men in Turkey. 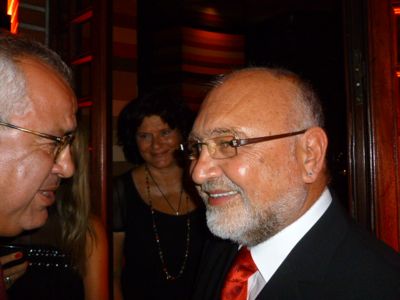 Kocabiyik hired Thomas Krens, the former director of the Solomon R. Guggenheim Foundation and a somewhat controversial figure in the museum world, as consultant on the museum's design, visual identity, management and exhibition program. Presumably, Krens worked with the curators in choosing which works to exhibit and how and where to hang them. 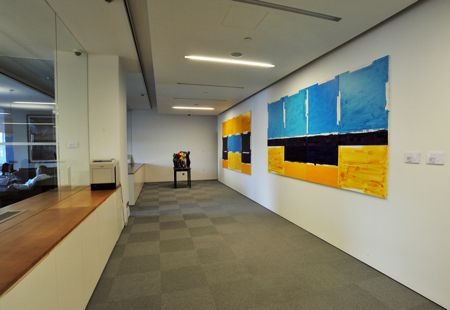 According to Kocabiyik, his taste in contemporary art leans toward difficult works - the tougher the better. "The most important feature of our collection is that it includes examples of new media art," Kocabiyik said at a recent press conference. He added that he takes the same enormous risks in choosing his art as he has in his business life. "We tried to add the newest and the most experimental pieces of contemporary art to our collection," he said.

His business daring has turned his father's pipe company into a multinational with sales of over $4 billion a year and over 4500 employees, and a cultural portfolio that includes an art center, a concert hall and substantial support of the Istanbul Philharmonic. Kocabiyik's next risk art-wise will be creating a proper museum in the out-of-the-way area of Salı Pazarı. And in 2020, Kocabiyik plans to build an open-air museum in the village of Tazlar in Afyon in western Turkey.