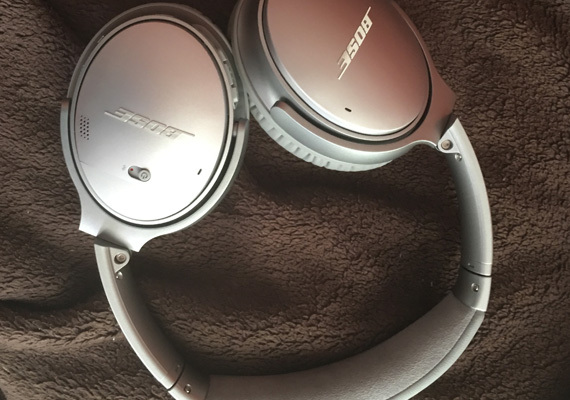 Bose fans have been waiting for the iconic sound company to make Bluetooth wireless headphones for years. Last week, Bose unveiled the QuietComfort 35, and audio fans all over the Internet took notice. Some may scruff at the $350 price tab, but that is $50 to $100 less than what the Sennheiser M2 Wireless cans sell for. The Bose headphones are, in some ways, actually better.

The QC35s are lightweight, fit comfortably (unless you lying down on a bench press lifting weights), and they look beautiful, especially the silver-coated version. They are like the Bose QC25s, perhaps the most popular wired noise cancelling headphones, but better in many ways.

You are never going to get the same sound quality with wireless headphones that you get with wired ones, but the QC35s come as close as a pair of wireless headphones can get. If you liked the Beats Studio Wireless but thought the bass was a little too strong and over-processed, you'll appreciate the QC35s. The bass is heavy, but feels more controlled. The upper range of the sound range is strong, and the medium range is okay, but not great. The Sennheiser M2 Wireless offers a more balanced sound, but if you listen to mostly EDM or hip-hop, the QC35s should be your automatic choice.

Many people say the QC35s have the same noise cancellation quality as the QC25s, but the QC35s seem to block out more noise under my tests. It is quite frightening how good the noise cancellation is on the QC35s. It's great for working out, trying to study, or even for sleeping. However, if you walk down busy streets wearing these, your safety might be at risk since the headphones do block out about 90 percent of traffic noise. 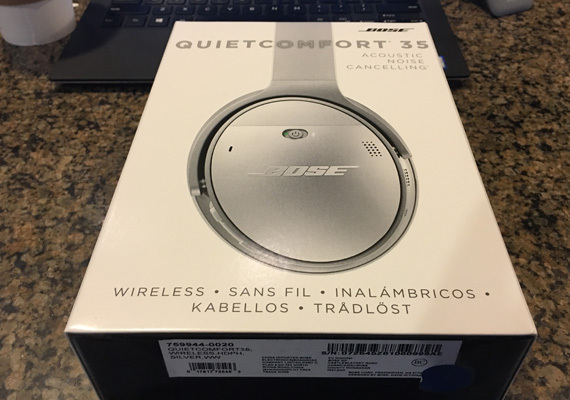 The QC35s excel at voice calls when compared to other headphones by Beats and Sennheiser. People were able to hear me clearly when walking down a busy street. The noise cancellation helped me hear their voices clearly, even in loud environments. One person told me I sounded slightly robotic, but I think that had to do with the fact I was in a low-signal area that made the voice signal sound too compressed.

I have used the QC35s extensively with both the iPhone 6s Plus and Samsung Galaxy S7 Edge. The QC35s are probably better friends with the iPhone as listening to music sounded slightly clearer, noticeably louder, and slightly less muffled than using them with the Galaxy S7. This is not to say that the QC35s shouldn't be used with the S7 Edge; they still sound quite good. However, the Sennheiser M2 Wireless has a small (but noticeable) quality advantage over the QC35s when used with the S7 Edge. This is different from the iPhone 6s Plus in which both headphones by Bose and Sennheiser sound equally great.

One very slight disability of the QC35s is that they feel cheap and plastic, although the silver coating sort of makes up for this. The QC35s look beautiful but don't have the solid construction of the Sennheiser M2 Wireless or even the Bowers & Wilkins P5 Wireless. Still, there probably won't be anyone who shells out $350 for the Bose QuietComfort 35 Wireless headphones who will be disappointed with their purchase.