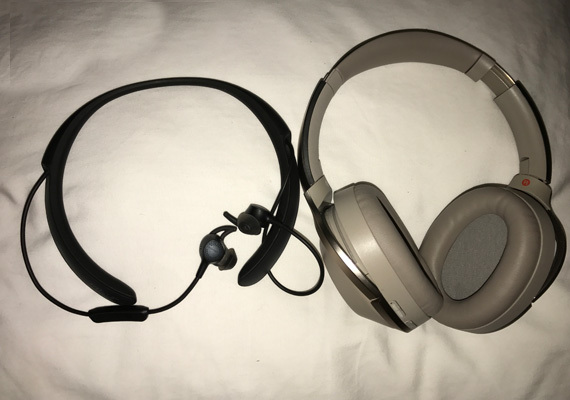 This week, Bose released their QuietControl 30 Bluetooth neckband headphone in the United States. Next week, Sony will release their MDR-1000X Bluetooth over-the-ear headphone. I have tested both out extensively and can say that despite some minor quirks, both Bose and Sony are proving that wired headphones are becoming irrelevant. 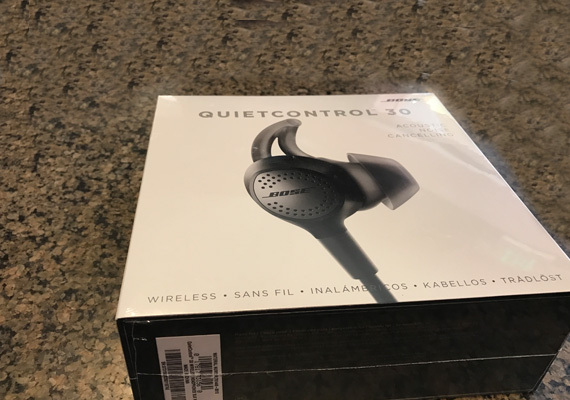 The Bose QC 30 costs $299, but most will find it is worth the price. It is the first mainstream earbud device that is only portable (yes, it can fit in your pocket when you fold it a little), but offers different levels of noise cancellation. It comes with three different types of ear tips that are easy to change. The earbuds protrude from wires that are stationed in the neckband, which is much lighter than it looks. Despite the easy fit, the neckband does have a habit of moving around a lot when you are exercising.

The controls, which are somewhat inconvenient to reach, are by the right earbud. You can control volume, pause, and skip tracks. The best part of the QC 30 is an eight-level control for noise cancellation. This is, perhaps, the QC 30's most important feature. You don't have to worry about traffic when you are jogging in a busy area.

When you set the noise cancellation to the lowest level, the QC 30 becomes like a hearing aid and amplifies all sound. You can set it to a higher level if you want to listen to music in your apartment, but still hear someone knock on the door. If the neighbors are loud and you want to sleep, just put the buds in, crank the noise cancellation all the way up, and have sweet dreams.

The sound is typical Bose -- warm and fuzzy with somewhat heavy bass. The QC30 doesn't have the "oomph" that you get on the Beats Studio Wireless or Bowers & Wilkins P7 Wireless, but it sounds better than any set of earbuds I've tested, including ones from Jaybird and Samsung. Although the QC 30 doesn't have the aptX codec, which allegedly improves sound with compatible devices (Samsung phones for example), it sounds just as good or better than most headphones that do have these codecs.

There is one important flaw -- as of right now, the voice call quality is mediocre. People on the other line constantly told me to repeat myself, and one person said I sounded like a robot talking underwater. This is something that will hopefully be fixed with a software update very soon. 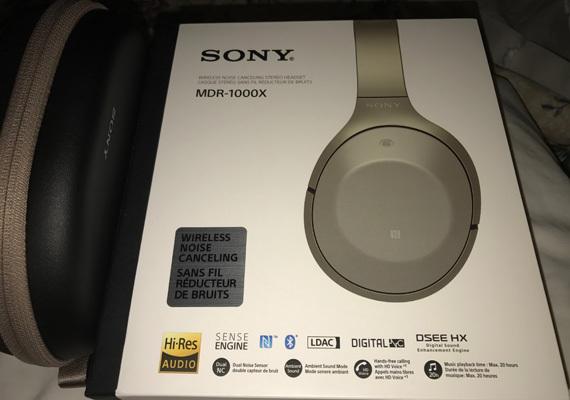 If in-ear buds just aren't your style, there is the Sony MDR-1000X headphone, which -- after so many efforts -- finally puts Sony in the big league with brands such as Bose, Sennheiser, and Bowers & Wilkins. Sony did something with the MDR-1000X that many thought would be impossible -- they made noise cancellation even more effective than Bose did with the QC 35 headphone.

I've always said that the noise cancellation on the QC 35 is scary because it can block out traffic noise, and you may not hear that car that's coming right at you. It's scary because Bose doesn't allow you to turn the feature off. Sony's MDR-1000X blocks even more noise than the QC 35, but it's not so frightening because you can turn the noise cancellation off. There is even an Ambient Sound Mode that amplifies the sound like a hearing aid. An Ambient Voice Mode amplifies certain frequencies of voices so you can hear a person speak better. Just like the Bose QC 30 acts as when the noise cancellation is turned to the lowest level, the MDR-1000X could function like a hearing aid.

My favorite feature on the MDR-1000X is one that allows you to put your hand over the right earcup to turn down the volume, turn up the ambient sound, and be able to hear a person speak to you. This comes in handy more than one would think. For example, I was wearing the MDR-1000X when I walked into Starbucks Thursday morning and wanted to order without taking off the headset. The barista thought I looked strange with my hand-to-ear motion, but I didn't care much. This feature is separate from all the other different modes on Sony's new wireless headphone.

The MDR-1000X also has great sound, even though you can easily hear the Bluetooth "hiss" in singers' voices. The sound is quite similar to the sound on the Bowers & Wilkins P7 Wireless, but the bass isn't as strong and the music doesn't sound as crisp. Still, most people who are relatively new to Bluetooth headphones will definitely appreciate the sound.

It's important to note that unlike the Bose QC 30, the MDR-1000X supports the aptX codec (Samsung phones). It also supports Sony's Hi-Res LDAC codec, but you need a Hi-Res music player in order to experience this. Still, rest assured, this headphone sounds great when tested with the iPhone 7, the iPhone 7 Plus, the iPad Pro, the HTC 10, the Galaxy Note 7, and the Galaxy S7 Edge.

Both the Bose QC 30 and the Sony MDR-1000X cost $399, and it's really difficult to say which one is better right now. Both offer great sound (although the sound on the MDR-1000X provides stronger bass), excellent noise cancellation options, and feel very comfortable. More importantly -- and this may make audiophiles angry -- both of these headphones show that wires and headphone jacks will soon go the way of the VHS player and the Zip drive.