For more than two centuries, residents of a small district in southern England have puzzled over a giant stone known as the "Bosham Head." About twice the size of a human head, the badly eroded stone was believed to have once had human features. Now, researchers believe they know whose head it was modeled after.

The mystery may have been solved thanks to a pair of researchers from Bournemouth University. Using 3D laser scanning technology, Dr. Miles Russell, a senior lecturer in prehistoric and Roman archaeology, and Harry Manley, from the School of Applied Sciences, analyzed the Bosham Head and concluded it was once part of a statue of the Roman Emperor Trajan.

The 375-pound head first turned up around 1800, when it was discovered with little fanfare in the tiny village of Bosham near Chichester, England. It then found its way to the garden of the Bishop of Chichester, where it was exposed to the elements and suffered further erosion, according to a statement released by the university.

Eventually, the head was cemented to the ground floor of the Chichester District Museum, where it remained "unidentified and somewhat forgotten," Russell told The Huffington Post in an email.

The lonely Bosham Head finally caught a break when the museum's whole collection was moved to a new home, The Novium Museum, and the head was transferred to temporary storage, Russell told HuffPost.

"[F]or the first time in nearly 100 years, the entire face could be accessed and, as a way to aide interpretation, a 3D laser scan was conducted by Bournemouth University, helping to define damaged areas of the face and hair," Russell said. 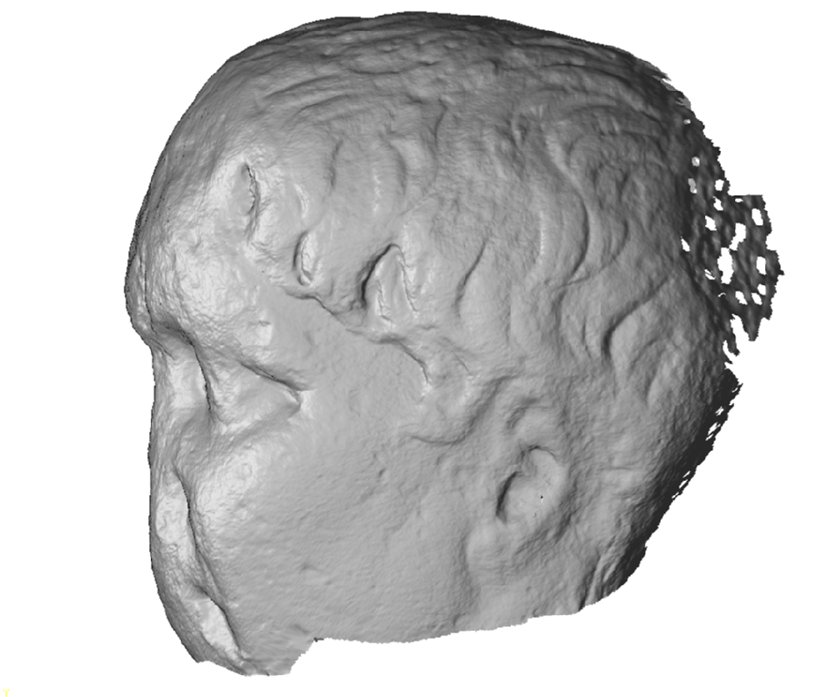 Emperor of Rome between 98 and 117 A.D., Trajan was an ambitious ruler who fought to extend the boundaries of the empire and created a vast social welfare program.

Russell said he was able to identify Trajan's features due to the "distinctive physiognomic features and hair."

Russell believes that the head may once have been part of a huge statue of Trajan erected in Chichester Harbour by Emperor Hadrian around 121 A.D.

He also noted that the identification of the stone raised several new questions, even as it seemed to answer others.

"We are now left with the problem of what happened to the rest of the body," he said. "This was probably not an isolated bust, but one small part of a full body portrait of an emperor in military garb, dominating the skyline. Somewhere in the Bosham area there may well still be his arms, legs and torso!"

Russell will be presenting his ongoing research on ancient Roman sculptures in Britain at The Novium on Oct. 24.