The scoreboard will say that Bosnia-Herzegovina was defeated by Nigeria. But that won't stop many from feeling it was an assistant referee who vanquished the Dragons at Arena Pantanal in Cuiaba on Saturday.

"Today we should have won this game," Dzeko told Goal. "The referee was shameful in this competition. We are going home, we are sad because of that but this referee should be going home too. He changed the result and he changed the game. That's why we lost."

The teams were scoreless early in the encounter when Dzeko appeared to put Bosnia-Herzegovina into the lead with a right-footed shot past Nigeria goalkeeper Vincent Enyeama. Dzeko appeared to be onside by at least a step when Zvjezdan Misimovic released a through ball that slipped between two Nigeria defenders. From his vantage point on the touchline, the assistant referee determined that Dezko was offside and raised his flag. Referee Peter O'Leary followed with a whistle to disallow the apparent goal.

"I was told there was no offside," Bosnia-Herzegovina coach Safet Susic said after the defeat, via The Associated Press. "But this is not the first or last refereeing mistake, not just at the World Cup or elsewhere."

Just minutes after Dzeko superb finish was waived off, Nigeria compounded Bosnia-Herzegovina's woes by scoring a goal that would stand. This time, Bosnia-Herzegovina felt hard done by a call that was not made. Nigeria's Emmanuel Emenike tangled with Bosnia's Emir Spahic as he dribbled toward goal. After shrugging off Spahic, Emenike crossed to Peter Odemwingie, who scored the game's lone goal with a right-footed shot.

The win keeps alive Nigeria's hopes of advancing out of the group stage. In second place in Group F with four points through two games, Nigeria will have to face Lionel Messi and Argentina on June 25. 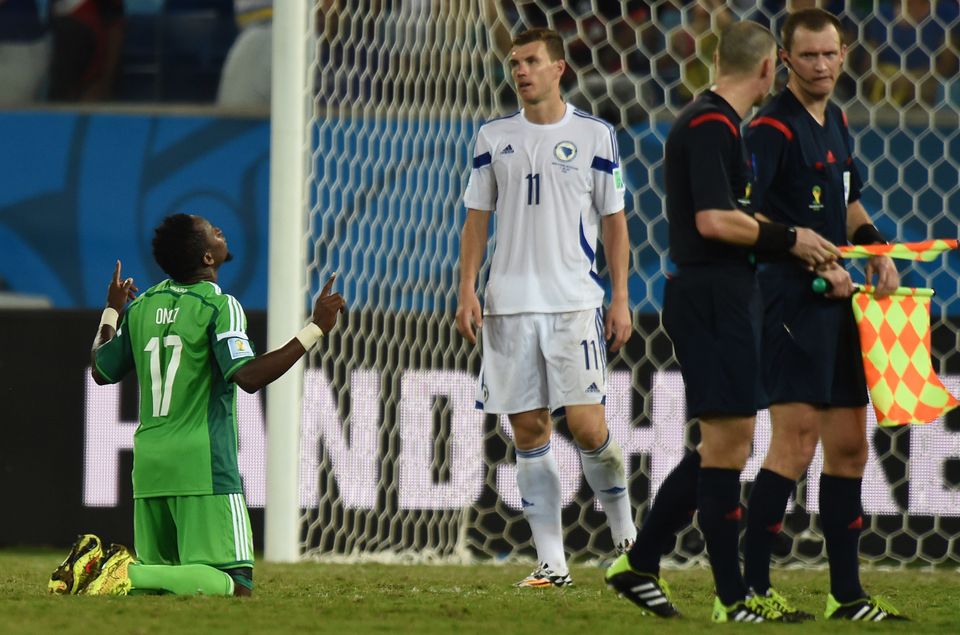