“Another story about something old?” you might be thinking. “Wasn’t there a story about a really old shark just last week?”

But bear with us, and stop being so ageist. This tree is pretty cool.

“In our research, we try to build long chronologies to construct climate histories, so finding living trees of old age is one of our motivations,” Swedish dendrochronologist (read: someone who studies tree rings) and expedition leader Paul J. Krusic said in the release.

To determine the tree’s age, the researchers had to remove a core of wood from inside the tree in order to count growth rings, but this process isn’t harmful to the tree. They also didn’t reach the center of the tree, which means there are still more rings that were uncounted, Krusic told The Washington Post. That’s why the researchers describe the tree as being “more than” 1,075 years old.

And while this particular tree is hogging a lot of the media spotlight, Krusic told WaPo it’s surrounded by other trees that all hover in age around 1,000 years old.

The scientists are calling the tree the “oldest living inhabitant in Europe.” That might be confusing for people who have heard about other trees in Europe that are even older, like Old Tjikko, a spruce tree that’s often touted as being the “oldest living tree” in the world, at more than 9,000 years old.

The difference is that Old Tjikko and some other famously old trees are what are known as “clonal” trees, which means that the tree repeatedly reproduces asexually by cloning itself. In Old Tjikko’s case, this means that the spruce tree’s trunk is actually only a few hundred years old, but after each trunk dies, “a new one emerges from the same root stock,” Swedish ecology professor Leif Kullman told National Geographic.

In the case of the Bosnian pine, on the other hand, the entire tree, trunk included, is more than 1,075 years old, making it the oldest non-clonal tree (that we know of) in Europe. The title of oldest known non-clonal tree in the world goes to a bristlecone pine called Methuselah in California that’s around 4,800 years old.

The researchers named the tree Adonis, after the figure in Greek mythology best known for being so insanely gorgeous that even Aphrodite, the goddess of love, couldn’t resist him. They also provided a pretty compelling timeline to showcase just what it means to live for more than 1,000 years:

941 – Adonis is a seedling. The Byzantine Empire is at its peak. From the North, the Vikings reach the Black Sea.

1041 – Adonis is a 100 years old. In China, a book is published describing gunpowder. A man called Macbeth is crowned King of Scotland.

1191 – Adonis is 250 years old. The universities of Oxford and Paris are founded. The third crusade battles Saladin in the Holy Land.

1441 – Adonis is 500 years old. The Ottoman empire conquers Greece. Many Greek scholars flee to the west, influencing the Renaissance. In Sweden, the first parliament is held in Arboga. Johannes Gutenberg is about to test his first printing press.

1691 – Adonis is 750 years old. Isaac Newton has formulated his Laws on Motion. Ice cream, tea and coffee are introduced in Europe.

1941 – Adonis is a millennium old. World War II is ravaging the world. Greece is occupied by Nazi Germany, Italy and Bulgaria. 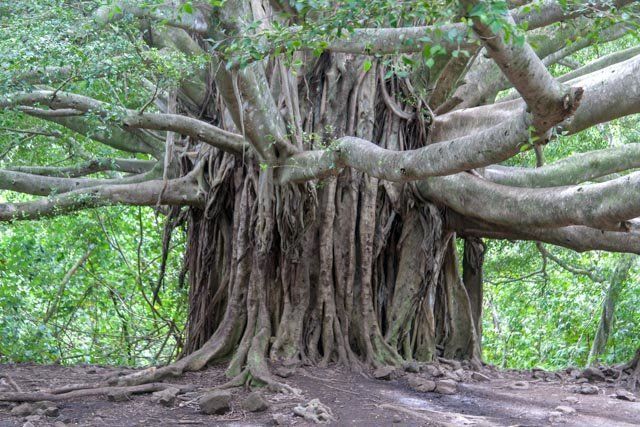