"The defendant in this case has been neutralized and will never again have the ability to cause harm," the bishops said in a statement, adding "society can do better than the death penalty."

"The Boston Marathon Bombing trial is a painful reminder of the harm that impacts many people even beyond those who are killed or maimed by violent criminal acts," the bishops said. They said they "feel it is fitting" to reiterate the church's position as Tsarnaev's trial brings attention to capital punishment.

The church opposes the death penalty in almost all cases, a position the bishops said was restated by Pope Francis last month. "We believe these words remain true today in the face of this most terrible crime," the statement said.

A jury begins deliberating Tsarnaev's guilt or innocence on Tuesday. His punishment will be decided in a second trial phase if he's convicted.

Tsarnaev's lawyer, in a strategy to save him from the death penalty, says he participated in the 2013 bombings, but was led by his older brother. Tamerlan Tsarnaev was killed in a shootout with police days after the twin attacks that killed three people and wounded more than 260. 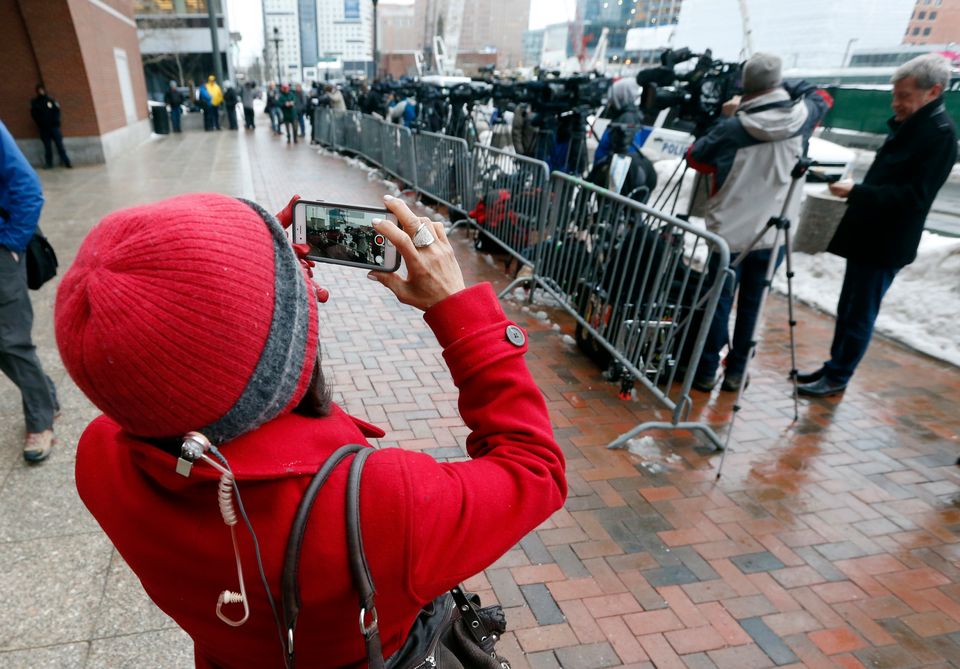 1 / 16
A woman photographs members of the media lined up outside federal court, Wednesday, March 4, 2015, in Boston, on the first day of the federal death penalty trial of Boston Marathon bombing suspect Dzhokhar Tsarnaev. Tsarnaev is charged with conspiring with his brother to place two bombs near the marathon finish line in April 2013, killing three and injuring 260 people. (AP Photo/Michael Dwyer)
ASSOCIATED PRESS