Sure, there are the frigid, snowbanks-as-tall-as-you winters, the Big Dig was one of the most challenging highway projects in U.S. history and happy hours are illegal.

But when the Red Sox win their first World Series at Fenway Park since 1918 in the midst of a fall that looks like this...

...there's really not much to complain about.

The best news is that Boston's secrets to living the good life aren't secrets. Here are eight things the rest of the country can learn from Beantown about living well.

1. That rabid sports fandom is actually a good thing. 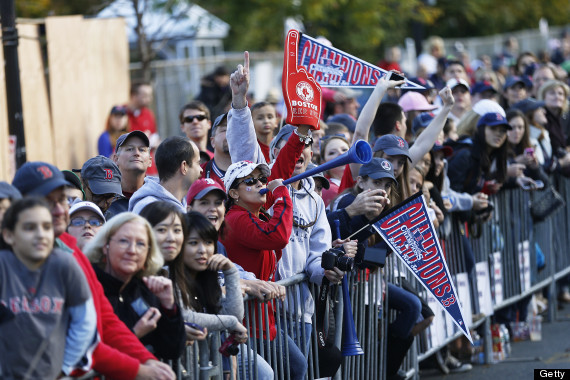 Despite the beer-guzzling, couch potato stereotype, there are actually some advantages to rooting for the home team -- and Boston has team spirit by the truckload.

The biggest benefits, psychologists say, is to the collective mental health of sports fans. Whether the team wins or loses doesn't matter so much, it's going through the collective experience with a team of like-minded folks that boosts self-esteem and lifts spirits, CNN reported. The more passionate a fan, the greater the impact of these social connections on their lives, according to the Atlantic.

2. Many of the city's main attractions are active, outdoor places. 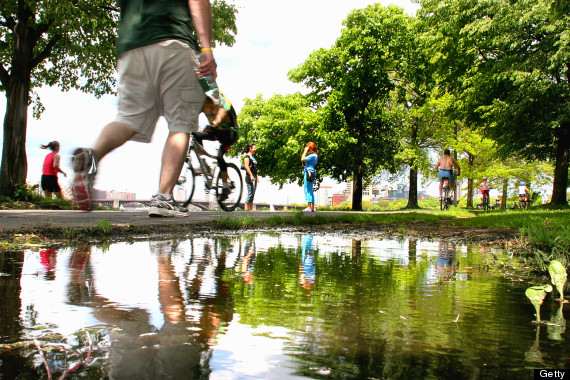 The Boston Common and Public Garden, the Esplanade, the Freedom Trail, Castle Island, Arnold Arboretum, Jamaica Pond -- Boston abounds with walkable, runnable, bike-able green spaces that cultivate learning, socializing and a little sweating. And while it might be a little bit of a "chicken or egg" issue -- do Bostonians love being active outside and therefore head to these public places, or do the public places simply bring out the best in Bostonians? -- the benefits of green spaces in urban areas are undisputed. Access to parks, gardens and other nature-havens while spreading roots in a city provides a significant boost to overall well-being, about a third as much as being married does, the BBC reported.

3. Boston led the charge for legalizing gay marriage.
When Massachusetts became the first state to legalize gay marriage, it was because of a couple of women from Boston. In the 2003 lawsuit Goodridge et al v. Department of Public Health, the Massachusetts Supreme Judicial Court ended the exclusion of same-sex couples from marriage. The lead plaintiffs, Boston couple Julie and Hillary Goodridge, sued the Department of Public Health in 2001. They married in 2004 (they've since divorced).

Not only does marriage boost health, happiness and longevity for the lovebirds, gay or straight, it also benefits the community at large. That means Boston as a whole has been reaping the health and happiness (and economic) benefits longer than other cities.

4. Boston keeps it clean.
A rather obscure Massachusetts law makes spitting on sidewalks -- or in or on other public areas -- a punishable offense with a fine of up to $20.

5. Boston fosters young minds.
With 80+ colleges and a quarter of a million college students in the area, Boston is the country's "youngest major metropolis," according to Boston magazine.

And that's a good thing, for more reasons than the social lives of said students -- especially if they stick around after graduation day. College graduates are less likely to be incarcerated or rely on governmental social programs, meaning they cost the city less, according to the Institute for Higher Education Policy. College graduates exercise more and are less likely to smoke and be obese, according to a report from CollegeBoard. And since they're more likely to have jobs that provide health insurance and to have healthy children, graduates contribute to an overall healthier city. 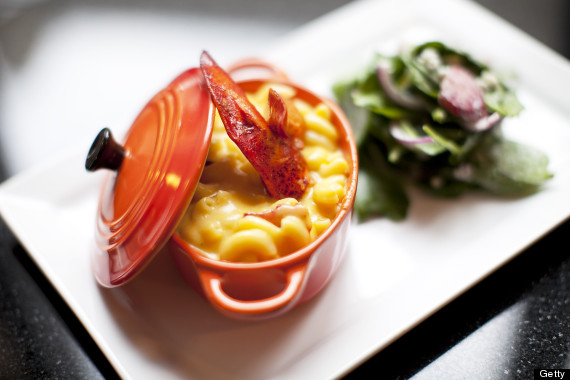 While restaurants in every city have taken to the locavore way of life, farm-to-table eating truly works in Boston. As Boston magazine put it, the city is "just big enough to merit national attention, but small enough that outstanding farms are less than 30 minutes away," making it a desirable locale for young chefs and a healthy and sustainable one for diners of any age.

7. Health insurance is nearly universal -- and it's making Bostonians healthier.
As of 2011, the most recent year from which data is available, only 4 percent of the Massachusetts population does not have health insurance, in great part due to a bill signed into law by then-governor of the Bay State, Mitt Romney.

The health care reforms of Romneycare, which is essentially the basis of Obamacare, made access to quality insurance easier, and seems to have improved general health and wellness in residents, the Washington Post reported.

8. Boston is a model of resilience.
After the Boston Marathon bombings in 2013, saddened spectators and commentators near and far remarked on the tough and resilient nature of the city. And while resilient may be an apt descriptor, some of the support was misguided. As Slate pointed out, slogans like, "You messed with the wrong city!" beg the question, "Which would have been the right city, then?"

It's not that other cities couldn't have bounced back from the attacks, it's simply that Boston had to -- and residents of The Hub did it with a ferocity that is to be emulated.

For anyone who still says there's nothing special about Boston's resilient spirit:

Clarification: An earlier version of this article stated that there was no end to the Big Dig in site. The project was concluded in 2007.

10 Habits Of Optimists
More:
healthy livingliving well on locationLiving WellHappinessBoston
Newsletter Sign Up
The essential guide to taking care of your mind and body
Subscribe to HuffPost’s wellness email
Successfully Subscribed!
Wellness delivered to your inbox