This year's Boston Marathon is memorable for a few reasons.

It's the first race since bombings killed three people and injured 260 more in 2013, and the first time since 1983 that an American man won the race.

Boston came roaring back with a reinvigorated sense of pride, strength and togetherness. That's why this series of photos -- tweeted by Washington Post reporter Wesley Lowery -- perfectly illustrates the spirit of the 118th Boston Marathon.

The photos show a man whose legs gave out near the end of the race and was carried by fellow racers toward the finish line:

Runner falls just short of the finish. Four others pick him up and carry him. I'm literally in tears pic.twitter.com/vb9cjxG6pQ

Runner gave out near 26 mile mark, right by the site where 1st bomb went off. 1 guy stopped to help, then another pic.twitter.com/gcwMxpssdK

But his legs just couldn't do it. The group struggled a few feet. Another man stopped to help, and a woman pic.twitter.com/nM8FGP9Vgx

Determined, the two new saviors lifted his legs. He had just a few hundred feet to go. They would get him there pic.twitter.com/5tXvNyDGUJ

The crowd exploded into loudest cheer I've heard today. Walking, then jogging, they all, all 5, finished the race pic.twitter.com/HE4QJnh35L

Correction: An earlier version of this story incorrectly stated that the runners carried their fellow racer across the finish line. While they carried him toward the finish line, he crossed by himself. 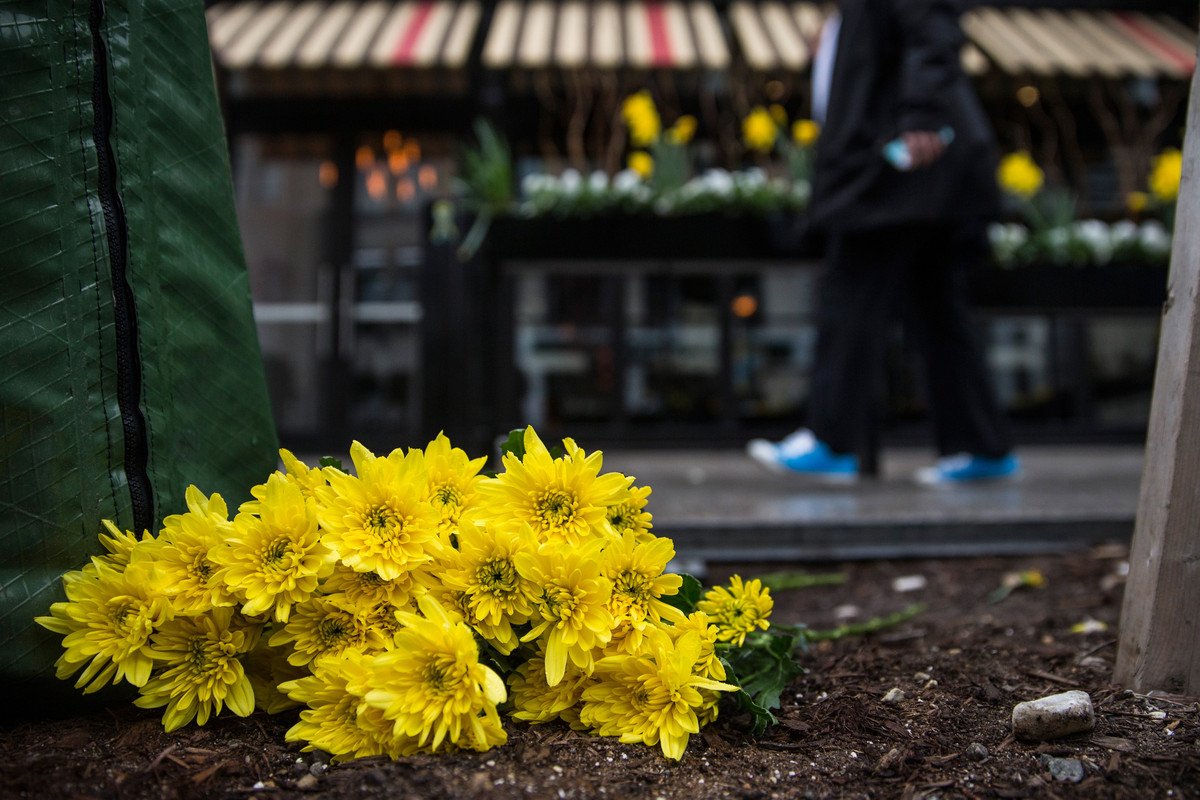 1 / 20
Flowers lie on the finish line of the Boston Marathon on the one-year anniversary of the bombing.
Photo by Andrew Burton/Getty Images