Tuesday marked the one year anniversary of the Boston Marathon bombings, and the city's newspapers took a poignant look at where the survivors are now.

It was one year ago bombs went off near the finish line at the marathon, killing three people and injuring over 260 others. The tragedy sent the city's journalists into overdrive to cover the story.

The Boston Globe recently gathered people whose lives were affected by the bombing for a photoshoot at the scene of the bombings. Tuesday's print edition is wrapped in the photo, according to boston.com.

"The Globe had invited them – survivors, police, firefighters, EMTs, doctors, nurses, runners, political figures, store owners, the Boston Athletic Association, Red Sox and Bruins players – to take time out of their weekend for a picture," the newspaper wrote. "The response was instant and overwhelming: When and where?"

Below, see how the Globe and other newspapers marked the anniversary of the bombings on their front pages (via Newseum): 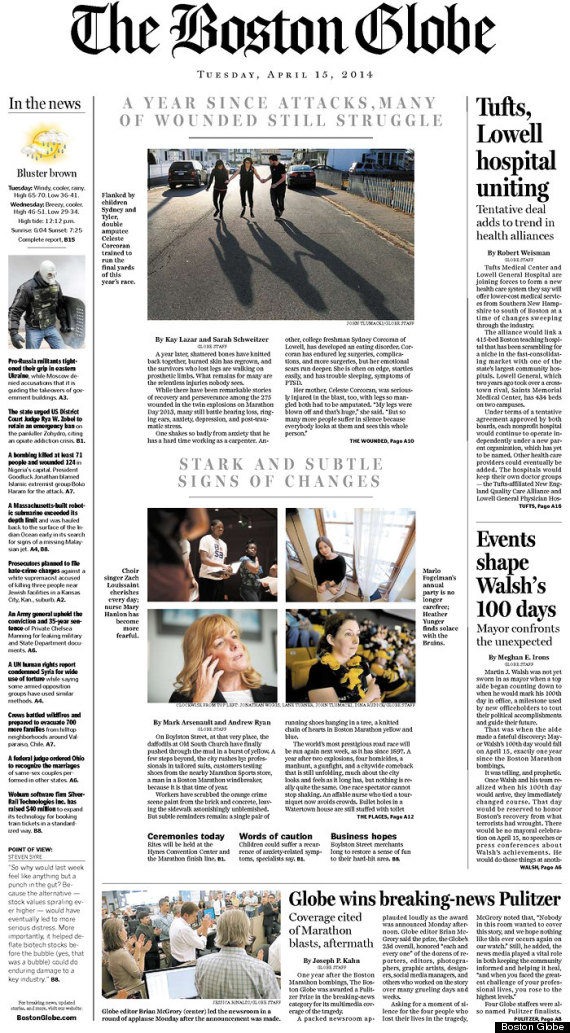 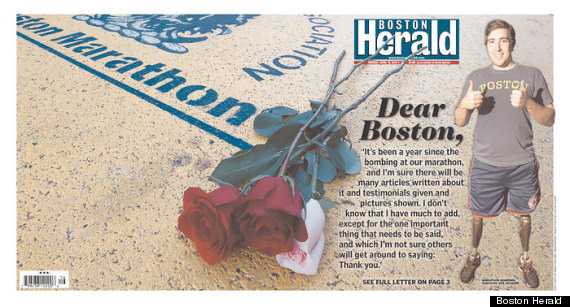 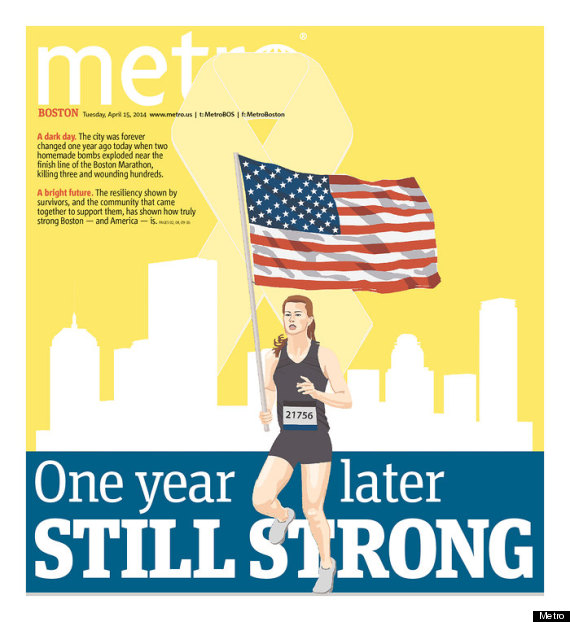