After months of Left and Right pounding him as not a leader, President Obama does his interpretation of Martin Luther nailing his 95 Theses to the door last Monday in the Rose Garden. Mary Matalin and Hilary Rosen debate 44's trend lines and fault lines. Is the President up due to his American Jobs Act and Buffett Rule? Down because of green scandals? We hear audio of him sounding like a "Happy Warrior" on the hustings. (For full show, listen below.)

*On Rose Garden Economics. On Monday the President in ringing tones explains that his approach is not "class warfare... it's math." And he issues a veto threat if the Congress sends him a cuts-only bill. Turning point?

Hilary regards it as a continuation of Obama's "thoughtful vision" to generate jobs in the short run and shrink deficits in the long run by selective tax hikes and spending cuts. Mary agrees that Obama has been pretty steady in his economic policies but that his Rose Garden talk is "not bold but political" and has failed before.

What failure, asks Hilary, since Clinton's rates allowed or encouraged a booming economy in the 90s? (Statistics alert!) And it's not class warfare to observe that after-tax income for top earners rose 480 percent over the past decade while the middle quintile grew only 20 percent. Mary rebuts by noting that "the highest .01 percent of income-earners paid six times more in taxes than the bottom 80 percent." Hilary surrebuts that they pay more because they earn much more, yet often pay at a lower rate. While there are 145 million tax returns annually, she adds, the so-called 'Buffett Rule" would apply only to the 450,000 or so who earn over a million dollars annually yet pay rates lower than average working Americans.

*On Rose Garden Politics. Although Mary dismisses Obama's talk as just a "lackluster appeal to his base," Hilary challenges the argument that he only gave a "rousing sop to the Left." The rich have done well only in an America with good roads, bridges, schools... so it's only fair for them to pay somewhat more in taxes.

Mary again chides taxing "evil rich people" which forces the Host to ask if she thinks liberals are motivated by sheer hated and envy when they seek such higher taxes as opposed to trying to create jobs and reduce deficits. Answer: Obama's rhetoric forces people to that conclusion. Well, is he successfully doing jujitsu on the class warfare meme by reminding moderate voters that the GOP is the party of the rich and the Democrats the party of the middle class? Immediate polls show support for Obama's approach, Mary acknowledges, but that will change when there's either no follow-up or bi-partisan tax reform.

*Will Solyndra and Suskind dent the White House? Was the half billion dollar loan guarantee to the now bankrupt Solyndra solar panel company just a bad investment or a scandal? Hilary explains how this Green Jobs program began under Bush, that Solyndra's problems were its managers not the loan process and that this deal comprises only 1% of all the green deals.

Mary insists that there are other bad loans to energy firms showing the "crony capitalism" of the Obama White House. Let the market pick winners and losers based on the theory of comparative advantage. What about the subsidies to nuclear, which wouldn't exist without the Price Anderson Act covering potential catastrophic damages? They're different, she responds, because the levels of capitalization are different. Hilary defends the DOE loan program since "we need a mix of energy options so we're not dependent on China for this product and for national security reasons."

Ron Suskind's book Confidence Men makes the provocative claim that the early Obama White House was a "hostile work environment for women" because of the bullying and old-boy approaches of Summers, Emanuel, etc. No way, the women agree. Hilary notes how quotes were taken out of context to get to this conclusion and that Obama women are plentiful and powerful. Mary agrees in both respects: Suskind has previously taken "literary liberties" in his books and Obama is supportive of women, "as was W and Clinton and Poppy."

We listen to Obama say in front of a bridge between Ohio and Kentucky, "Mr. Boehner, Mr. McConnell, help us rebuild this bridge!" ("Mr. Gorbachev tear down this...") and also chide Palin at a NYC fundraiser: "All that 'hopey-changey stuff? That was real! Not something to be cynical about." Sound like a upbeat happy warrior? Mary thinks that such hot rhetoric hurts a naturally cerebral Obama while Hilary sees a President connecting to average voters and "remembering why he ran for president in the first place."

*Quick Takes. The women agree that the official end this week of Don't Ask-Don't Tell -- which led to 13,000 discharges over 17 years -- is important and overdue. And while they are both anti-death penalty, Mary contends that there was adequate evidence and eyewitnesses against Troy Davis, executed Wednesday for the murder of a police officer 22 years ago. And they half-agree on the spectacle of Gov. Perry calling Obama's Israel policy "appeasement" just before PM Netanyahu gives Obama a "badge of honor" for his UN stand on Palestinian statehood -- and just as the New York Magazine cover article is entitled, "The First Jewish President".

Mark Green is the creator and host of Both Sides Now, which is powered by the American Federation of Teachers.

Send all comments to Bothsidesradio.com, where you can also listen to prior shows. 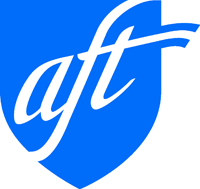