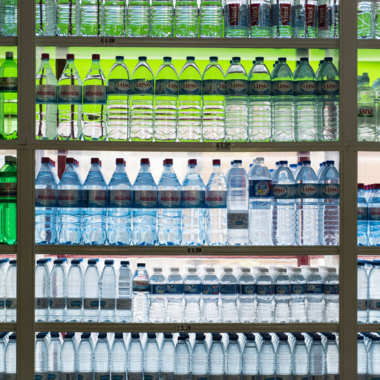 In 100 years, when humans stop to ponder the appeal of Soylent-flavored seltzer, they'll remember 2016, the year soda began dying in earnest. In addition to suffering through a 30-year low in consumption, a possible link to cancer, an exposé tying Big Soda to sham science, and a major U.S. city tax specifically targeting it, soda is also having a historically bad year for another reason: It's going to be the one when bottled water finally starts outselling soft drinks. The industry has known these dark ages were on the horizon, but even the most recent predictions guessed the Rubicon wouldn't be crossed until 2017. The one-year difference, it seems, is largely owing to bad circumstances: the fact that safe tap water got a pretty bad rap this year, driving sales of who knows how many extra Evian, Aquafina, and Poland Spring bottles.

Related: 18 Classic American Sodas to Drink Before Summer's Over

Lead contamination didn't just make 2016 headlines out of Flint, Michigan; it was also a problem in D.C. and Newark, New Jersey. Equally worrisome is that the EPA says America's water infrastructure needs at least $384 billion worth of improvements, yet estimates only put the amount spent annually at about $1.4 billion. Do some quick math, and it suggests the country's tap water should be all good by the year 2290 -- probably a wise reason to expect water sales to keep climbing, for better or worse.

Of course, it can't go without mentioning that while Nestlé is the biggest bottled-water company, it's followed shortly after by the soda industry's big three: Coca-Cola, Pepsi, and Dr Pepper. In other words, soda brands can shift without too much trouble to make a killing off bottled water, which is somewhere between 700 and 2,000 times more expensive than tap and is, as a bonus disadvantage, also way worse for the environment.

More from Grub Street:
12 New Desserts That Are Essentially Deluxe Childhood Favorites
Snoop Dogg and Martha Stewart Co-hosting New Cooking Show
This Is Literally the Unhealthiest Thing You Can Order at a Restaurant
The 50 Best Dive Bars in New York
A McDonald's Is Testing a 'Walk-Through' for Drunk Customers