I awoke this morning to find Boulder a little less of a special place than it was yesterday.

The nine-member council that's to be sworn into office Nov. 17 will thus reflect a sharply divided city, with the real progressives holding a tenuous 5-4 majority - tenuous because one of the five, current Mayor Matt Appelbaum, is given to deep analytical musings whose outcome is sometimes a surprise.

The solid foursome I'm calling the true progressives - Macon Cowles (reelected this week) plus incumbents Crystal Gray, Lisa Morzel and Susan Osborne - are what corporate media would probably label radical environmental activists, a phrase that sounds as sweet to me as tupelo honey. They take global climate change seriously; they're serious about curbing pollution from cars and coal-burning power plants; they dislike real estate profiteers. 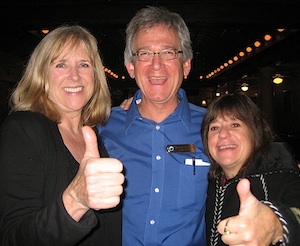 Newly elected were George Karakehian, a downtown merchant, a registered Republican, and a guy who made no secret during his big-spending campaign, blasting it out in postcards, public appearances and recorded robocalls, that he hates the leftie extremism he sees on the Council. On election night, he told a reporter, ominously, "I hope we can get back to some reasonable decisions on City Council." Gulp.

Also elected was a rather charming young attorney turned stay-at-home mom, KC Becker, who begged voters to see her as an environmentalist, but opposed the hotly contested Compatible Development Ordinance recently adopted by the Council, which seeks to limit the size of new homes and renovations to sub-McMansion sizes. She's also married to a realtor and real estate investor.

Both ran highly professional campaigns - so smooth, in fact, that progressives raised questions about whether they had hired pros had run them, what they were paid, and whether legal spending limits had been adhered to. (Note to self: investigate.)

In electing the two, voters passed up two candidates, Tim Plass and Jyotsna Raj, who had gained endorsements from two environmental groups, the Sierra Club and PLAN-Boulder County. Over many a year, these groups' endorsements have been viewed as instrumental in election victories by left-leaning candidates.

A rather bizarre feature of the election was how the conservative bloc of candidates gained support not only from real estate interests but also from groups promoting outdoor recreation on city-owned trails and open space (including the Boulder Outdoor Coalition, Boulder Mountainbike Alliance and, yes, Friends Interested in Dogs and Open Space). In newspaper ads and flyers, business and recreation groups both endorsed the same candidates. There they were, business folks and athletes, side-by-side on election night at the Boulder Draft House. Strange.

One progressive spoke despondently of this alliance, calling them, collectively, "me-tarians." Both groups, she noted, use libertarian, less-government rhetoric; but the actual goal of both, she added, is freedom to pursue self-interest - real estate lucre in one case and, in the other, indulgence of a sometimes pathological involvement with the "high" and/or the big business of outdoor recreation. Does this alliance constitute an "only in Boulder" moment? Maybe not quite.

The shifting makeup of a City Council is perhaps not an earthshaking story. But it's a microcosm for something bigger, something national and indeed global. It's the tension between those who would doggedly cling to business as usual and those who realize we've got mega-crises coming at us - environmental, economic, political.

As incumbent Council member Crystal Gray noted on election night, the progressive majority on the Council started listening about five years ago to the message of groups like Climate Action Network. They responded with a series of initiatives both educational and, more recently, action-oriented:

-- Boulder and Boulder County teamed up for ClimateSmart, a serious attempt to spread the word about climate change and to chart local response strategies.

-- The Council then got even more serious about promoting alternative transportation by planning a Transit Village to serve as a central hub for bike, bus and hoped-for future passenger train traffic.

-- Most recently, they've embarked on a "Sustainable Streets and Centers" initiative (PDF document), aimed at making major urban corridors more walkable and bikeable, with future residential construction to be channeled into these corridors.

All these initiatives have proved a bit scary for those still debating whether climate change is for real, or whether it requires radical action. These elements saw in Macon Cowles - an attorney who's quite famous for taking on corporate interests - as Enemy Number One in the election. Removing him would have been a big victory, probably tipping the Council to a 5-4 business-boosting majority.

That effort failed. Noted one observer at the progressives' election night party at the Hotel Boulderado mezzanine: "They went after Macon with both guns and didn't knock him off." As the vote tally progressed Tuesday night, Cowles even inched ahead from a fifth-place finish, which would have gained him only a two-year seat, to fourth place, a four-year term.

As the evening wore on at the Boulderado, the mood among progressives brightened (see picture). The new Council promises to be contentious, and likely to divide 4-to-4 on many key votes. The somewhat mercurial Appelbaum, who's likely to be reelected Mayor by his colleagues when the Council is seated Nov. 17, should prove a reasonably reliable fifth vote.

The dike held. Those low-profile Boulder lefties (whom I've written about before) made their appearance again. Boulder's legendary progressives - none the younger and likely to face future challenges from those often misleadingly called "centrists" - are still in control.

(A somewhat longer version of this story appeared in boulderreporter.com.)