Power couples aren't just the stuff Hollywood red carpets are made of, perfect pairings abound in your very own kitchen. Take cake and ice cream, for example, or better yet, a chocolate cake and bourbon-spiked ice cream sandwich dreamed up by two enterprising duos -- Norrinda Brown Hayat and Linda Hinton Brown of Brown Betty Dessert Boutique in Philadelphia and Mike Prokop and Taharka McCoy of Baltimore-based Taharka Brothers Ice Cream.

On par with each business' recent expansion, Taharka and Brown Betty recently teamed up to sell ice cream sandwiches and pints out of Betty's Northern Liberties shop. The companies are also taking their show on the road, using an old-fashioned ice cream bike to sell the treats, alerting followers via Twitter of their whereabouts. 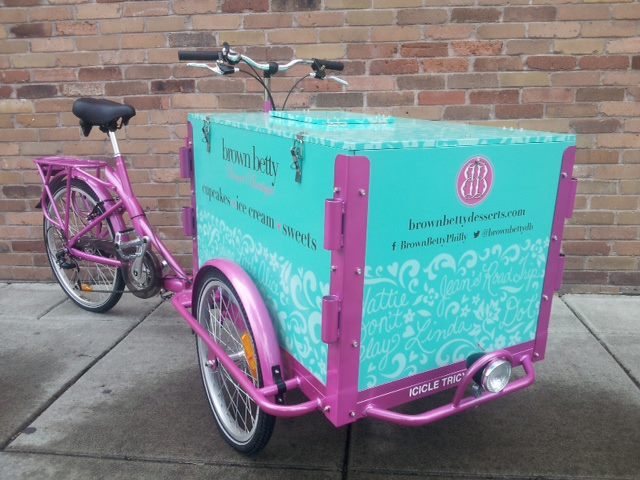 And while the partnership is all in good old, sweet-tooth-sating summer fun, the Taharka Brothers are making sure their profits do good around the globe.

Last year, the ice cream company, in partnership with Northern Haiti cacao farm co-ops, undertook a direct trade initiative, an effort they've dubbed "The Big Payback! (Haiti), focused on chocolate and vanilla ingredient production and exportation. Now, the brothers have launched a 30-day KickStarter campaign aimed at raising funds for their "Change-Maker Mobile" gourmet ice cream truck, a project that they say will help take their message of empowerment into neighborhoods that need it the most.

For those of us hankering for a sweet (and spirited) kick-off to summer, they're spreading their love the modern way, too -- right here on the web. 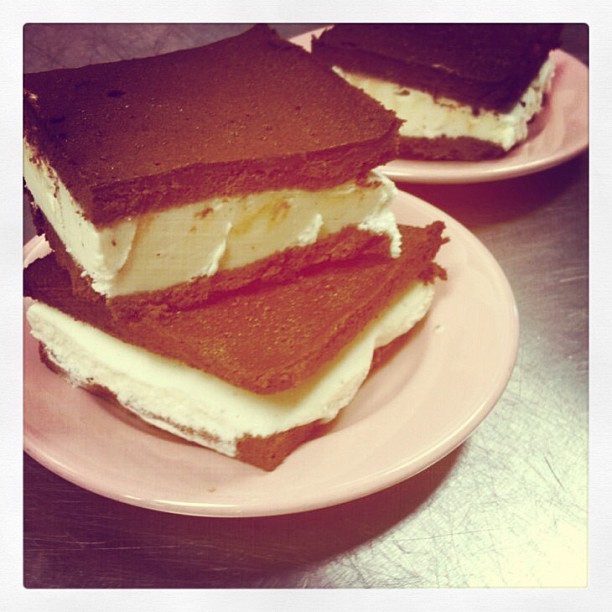 Preheat the oven to 350 degrees. Combine the pecans with the butter and salt in a bowl, tossing to coat. Spread evenly on a baking sheet and bake for 10-15 minutes, turning once, until crisp. Let cool completely.

Melt the butter over medium heat in a heavy-bottomed saucepan. Bring to a boil and let bubble until the foam starts to subside and the butter is a rich dark brown (not black). Remove from the heat and let stand until the butter solids settle to the bottom of the pan, about 5 minutes.

Add the remaining ingredients and cook, uncovered, over medium heat, whisking occasionally to dissolve the sugar. Just before the mixture comes to a boil, remove from the heat. Cover and let the mixture steep at room temperature for 20 minutes.

Pour the mixture into a shallow pan or bowl and place in the refrigerator to chill completely, 1 to 2 hours. When the mixture is cold, pour it into an ice-cream maker and process according to the manufacturer’s instructions.

Using a rubber spatula, transfer the ice cream to an airtight glass or plastic freezer container, folding in the salty buttered pecans. Cover tightly and freeze until the ice cream is firm, at least 4 hours.

Preheat the oven to 350°F. Line three 9-inch round cake pans with parchment paper and coat with nonstick cooking spray.

In a medium bowl, whisk together the cocoa powder and 1 cup boiling water until smooth. Cool to room temperature.

Meanwhile, in another medium bowl, mix one fourth of the cocoa mixture with the eggs, egg yolks, buttermilk, and vanilla until blended.

Divide the batter equally among the prepared pans. Use a small offset spatula to smooth the top of the batter. Bake until a wooden pick inserted into the center comes out almost clean, 30 to 35 minutes. Let the cakes cool in the pans for 10 minutes before turning them out onto a wire rack to cool completely. Remove the parchment paper.

**As an alternative to baking in three layer pans you can also use two half sheet pans.

Once the ice cream is made and frozen and the cakes are baked and cooled:

Wrap the pans in plastic wrap and put the cake in the freezer (for a couple of hours or up to overnight). Once the cake is frozen, cut the cake into your desired shape, using a knife or a cookie cutter. Refreeze the cake squares until your ice cream is ready.

Cut the ice cream into the same shape that you cut the cake. Refreeze the cut ice cream shapes to help the ice cream maintain its shape before assembling the sandwiches.

Place the ice cream cutouts on top of one cake cutout and top with the second cake cutout.

Yield: 15-20 sandwiches (depending on the size of the sandwiches)