Where my dawgs at? A better question might be, "Where my checks at?"

Bow Wow, also known as Shad Moss, played Twinkie in "The Fast and the Furious: Tokyo Drift," and rumors that he would show up in "Furious 7" started making news way before the movie's release. The only problem is no one told that to Bow Wow.

"I swear to God on my life, I found out I was gonna be in that movie, no lie, on the red carpet at the 'Fast 7' premiere," the actor told The Huffington Post. He continues, "Somebody was like, 'Oh my God, all of the cast mates are here. Did you get a chance to see yourself in this one?' And I'm like, 'What?' Then I go in there, and the next thing you know, there’s Twinkie."

The moment Bow Wow learned he was in the movie was actually caught on tape by Screen Slam, and it looks a little something like this:

After his initial shock, Bow Wow tells us he was excited he showed up in the movie, especially because Paul Walker meant so much to the franchise, and he feels they sent him off right. The actor does have one tiny issue, though: "I mean, I gotta call them about my check. I didn’t get paid for it," he says. Though he adds, "Other than that, I'm fine with it. It's cool. I love it."

In addition to talking about "Furious 7," Bow Wow opened up to HuffPost about his new music; his TV show "CSI: Cyber," which has been renewed for a second season; and if he really does have shoes that let him play basketball like Michael Jordan.

It was a little emotional at times. Vin Diesel went up there and did a nice speech right before the film started. Very quiet in there. You could hear a penny drop. It was a moving speech ... and it was definitely more of a celebration. So the only somber part of the night was when Vin Diesel said his speech. That was mandatory. That had to happen.

Are we going to see Twinkie in "Furious 8"?

I would love for that to happen. And if the call comes, I definitely will be there to go do what I got to do. I look forward to that.

No, I do not. If I did, this interview would be about getting to the NBA finals and playing against LeBron [laughs].

Did people challenge you to a bunch of b-ball after that movie?

It was like always getting asked that question, "Where are the shoes?" Even watching the NBA finals one night, Steph Curry caught fire and it was like, "Oh, he has on Bow Wow’s shoes!" or last year when LeBron wasn’t doing good in the finals. They put up a picture of me dunking over David Robinson and were like, "How come Bow Wow can do it and LeBron can't?" I just thought that was so funny.

That's too bad. What was it like meeting all the NBA players?

I wouldn’t trade it for the world. I was a young kid, a big basketball fan, and for me to have the opportunity to meet all the NBA superstars, I cared more about that than filming the movie. I was having more fun like meeting Allen Iverson, and I was really hoping we had a chance to do No. 2, and, of course, they did a straight-to-DVD and messed up the whole franchise because of that.

Yeah, why'd they do that?

Was there a certain day when you dropped the "Lil" from Bow Wow?

It was probably when I was 16 years old. My fans didn’t say Lil Bow Wow. They just say Bow Wow. It was like almost if my name was too long. And that’s what made me go in and kill the "Lil," because it didn't even make sense. Like, why have it?

Someone close to you also went through a name change. Do you call Snoop Dogg "Snoop Lion"?

I’ve never called my uncle "Snoop Lion," and I never will. It’ll never happen. But he told me why, and he told me how it was a special moment. As an artist we get a chance to travel the world and get to see a lot of things people don’t get a chance to see, and what happens is you get moved by the culture ... So for [Snoop], man, you gotta think, of course weed is his thing -- Rastafara -- it goes together.

We bring swagger to the police force. You know what I'm saying? Something they’ve never seen. Not only do we get the job done, but we look good while doing it. But we just do it differently.

It’s dope to go from a rapper to be a cop, because that’s like the one thing in hip-hop that’s not cool is for a rapper to be associated with police. So the fact that we get a chance to be the police for a change, it kind of helps, until you get pulled over in real life. And, you know, the police are asking what you’re doing, and you go, "I work for 'CSI: Cyber.'" They ain't trying to hear that [laughs].

You have a new song "Where You At," and you're making new music with Jermaine Dupri again. How'd that collab happen?

I started my career out with Jermaine. With that being said, it was just something that happened. Making more music with Jermaine, that’s what the fans want. Even Phil Jackson took a break from the Lakers, but Kobe called him back. It’s always great to see that combo. You know, like I said, you have Phil and Michael, you have myself and Jermaine Dupri, you have Justin Timberlake and Timbaland. And it works. 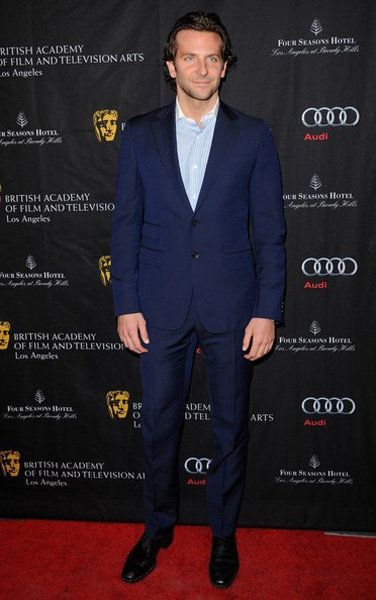