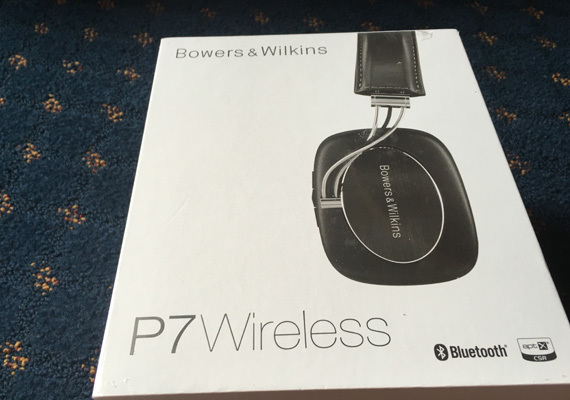 Perhaps Bowers & Wilkins realizes that noise cancellation also hurts sound quality. This may be one reason why the P7 Wireless are the best sounding wireless headphones out there. They offer impressive highs, solid mid ranges, and sculpted lows. The bass roughly kicks you in the ear, but still delights you. The sound feels somewhat amplified and really puts you in the middle of whatever you are listening to. Best of all, the P7 Wireless are one of the few headsets that are compatible with the AAC codec on the iPhone and the aptX codec on Samsung phones. Both of these codecs allow better sound, but some question if the aptX codec is really as advanced as it is hyped up to be.

Listening to "Hello" by Adele with the P7 Wireless was a huge pleasure as my ears were able to hear instruments they didn't hear even with Apple's Lightning EarPods. I was truly able to feel the thumps of the drums in between Adele's soaring vocals. However, the best listening experience occurred while listening to "Red Lights" by Tiesto. My ears felt practically in the middle of the thumping music, and even though all the sounds were busy, they were welcoming and distinct from one another. 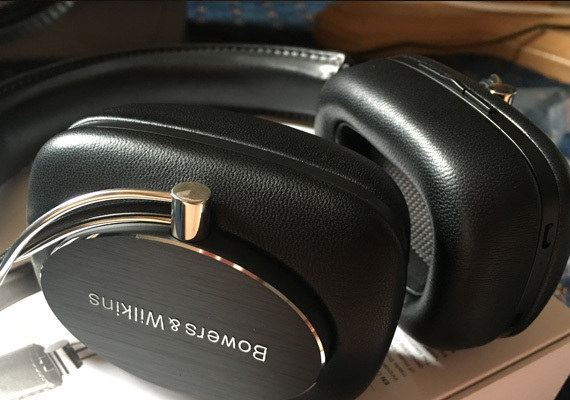 The Bowers & Wilkins P7 Wireless are as big as they sound. [Photo by Daryl Deino]

Some may be turned off by the big size as the P7 Wireless push the boundaries of portability. They are quite large when compared to other headphones. However, the P7 Wireless are as big as they sound and are built with a lot of thought. They are designed with solid aluminum and sheep leather. Despite the very tight fit (which is good for people who lift weights and do many exercises where they are lying down or bending over), they don't feel too tight. The P7 wireless cans feel like they are comforting your ears, not pressuring them. The tight build is what allows outstanding passive noise cancellation.

If you spent a lot of money on the iPhone 7 or 7 Plus, then you should certainly take the extra jump and buy the Bowers & Wilkins P7 Wireless. You will not miss the headphone jack one single bit. If you are an audiophile who is too snobbish to try wireless headphones, the P7 Wireless cans may change your mind.

When Bowers & Wilkins released the P5 Wireless in 2015, many wished the company would deliver a wireless version of their P7 headphones. Not only has Bowers & Wilkins fulfilled their wishes, but they have provided an excellent set of wireless cans worth every cent of the $399 price tag.