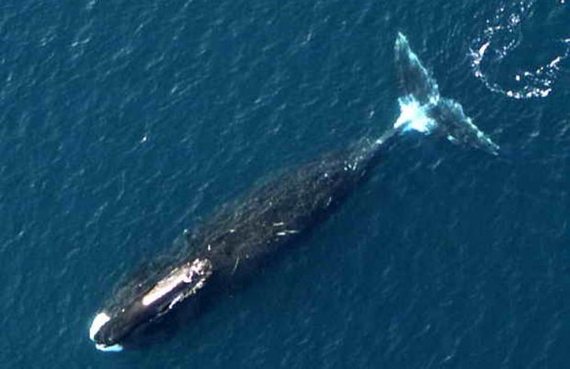 Inuit legend says Sedna, the beautiful but tragic goddess of the ocean, sings underwater to give detailed instructions to the whales and other sea animals.

Now scientists have new information about the level of detail in the songs that bowhead whales sing to one another when they are migrating into the Beaufort Sea each spring.

The findings, from sound recordings made in the spring of 2011 by a consortium of scientists from several institutions, are described in a detailed study published online Dec. 30 in the journal Marine Mammal Science.

The researchers documented 12 unique songs sung by at least 32 individual whales while swimming off Point Barrow. It is the greatest number of songs cataloged during the population's spring migration, possibly a result of the growing population, says the study, a joint project of scientists from Bates College, the University of Washington, the North Slope Borough, Norway's FRAM-High North Research Centre for Climate and the Environment and Cornell University.

From the evidence gathered in the study -- the recordings collected during the spring -- the scientists are confident that bowhead whales are sharing their complex songs, said study co-author Kate Stafford of the University of Washington's Applied Physics Laboratory.