A ubiquitous sight throughout large cities like New York, the graffiti covered box truck has inherited the all-city art mantle from the subway train cars of thirty years ago with eye-popping collaborations and solo pieces rolling on rubber wheels and circulating through every neighborhood.

"Box trucks are like the freight trains of New York streets," says Bishop 203, a street artist and graffiti writer who has successfully managed to parse the visual languages of both into his work -- which of course includes a box truck when he can get one. "It's the best of all worlds. If I do a wall in Bushwick, that's cool because people in Brooklyn can see it. But if I do a truck in Bushwick, it's going to go through Brooklyn, Queens, the Bronx, Manhattan -- who knows?" 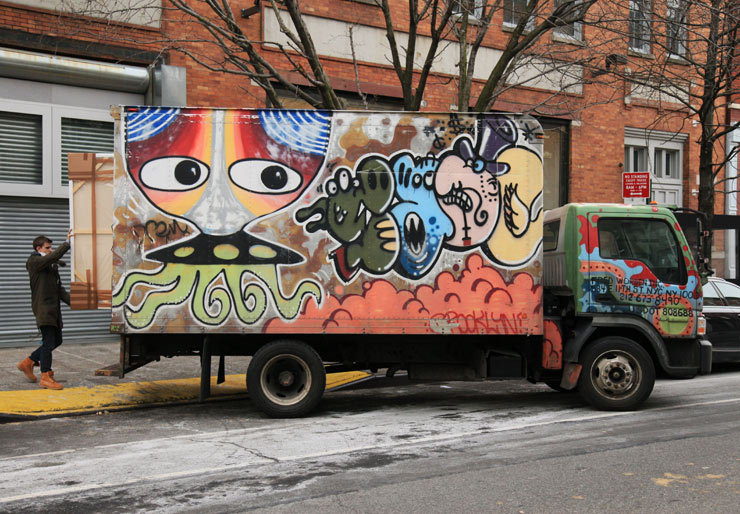 Rugged, dirty, grimey, half-rusted -- these trucks are rather similar to freights now that you think about it. They do the grueling, thankless work of moving everything through the streets, often barreling by at high speeds and careening around corners to meet deadlines. They are carrying everything -- produce, baked goods, heavy appliances, iron, steel, glass, equipment for many industries, racks full of garments, crates full of flowers, even art... and if you are passing through most business districts in the middle of the day, you will see them backing into loading docks or double parked in the street with blinking lights, the back door rolled up, and guys and gals shuttling with dollies across the sidewalk to and from restaurants and bodegas. 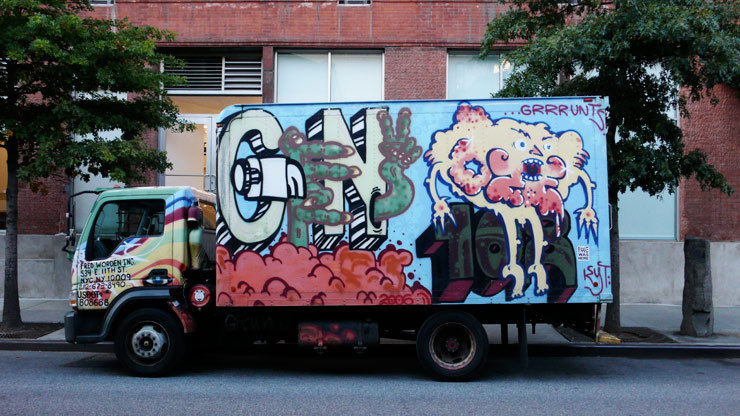 While painting a box truck is not exactly the same as "going all city", if your art is literally rolling throughout the entire metropolis in the same way that tracks once carried aerosol art for 1970s/80s writers who crushed train lines, you experience a feeling that is pretty golden. "It's like a mobile billboard for hooligans," says Bishop, only half joking.

Wherever photographer Jaime Rojo travels throughout the city looking for new shots, he is almost guaranteed to see a box truck. What began as a casual collecting of these rolling canvasses eventually is swelling into a full-fledged gallery. He's not sure what he'll do with all of them, but here's a taste of some of the trucks to whet your appetite. 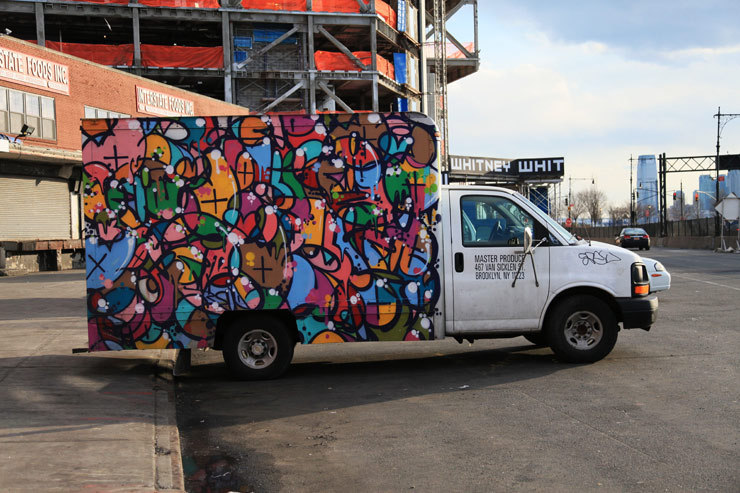 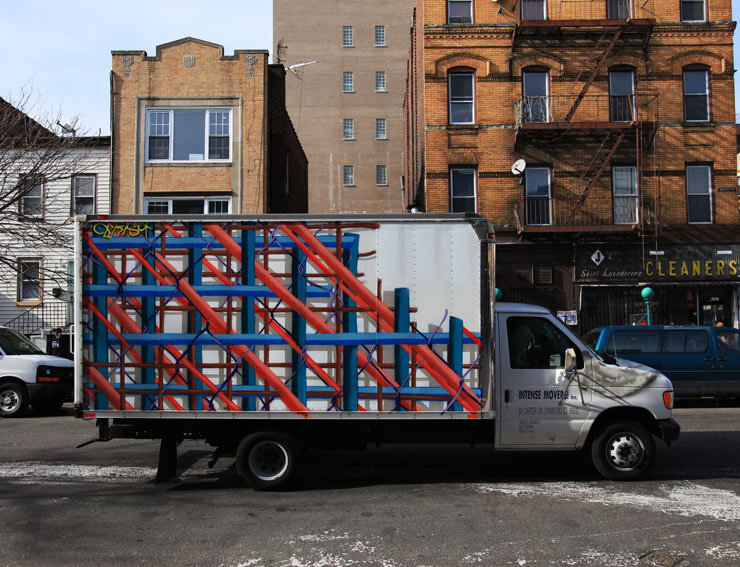 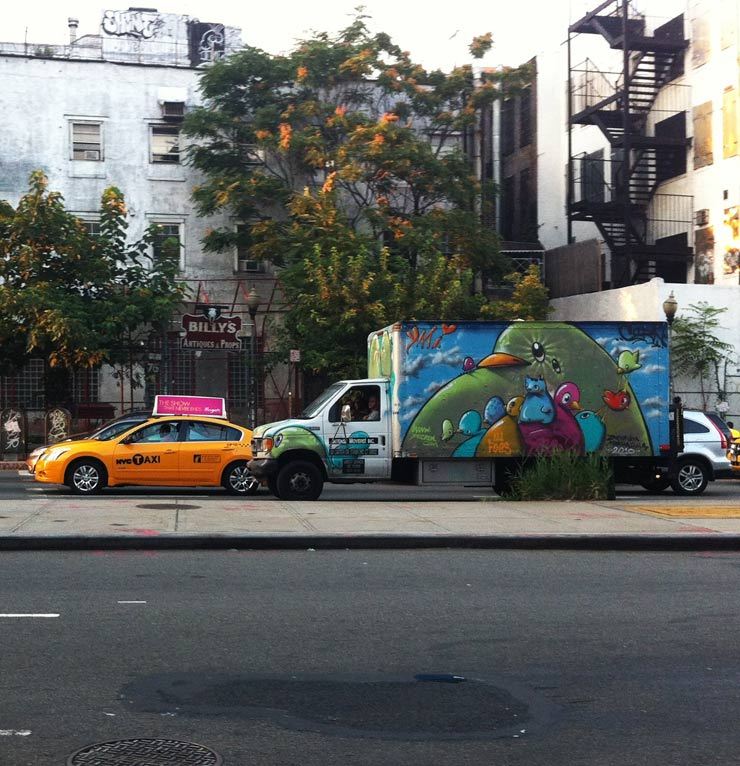 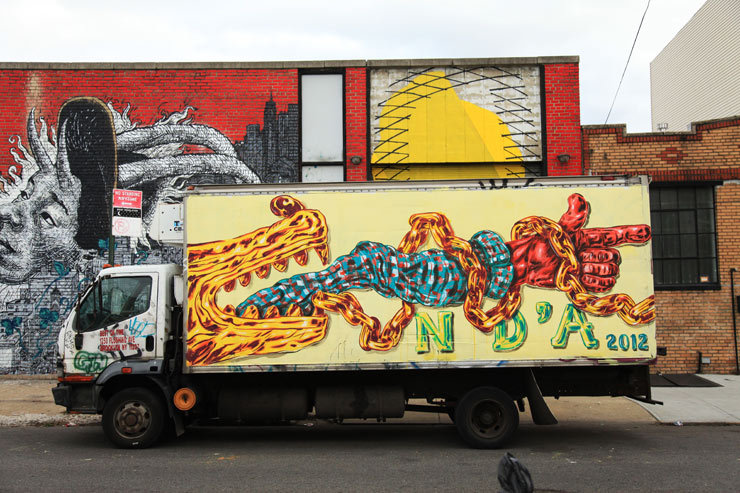 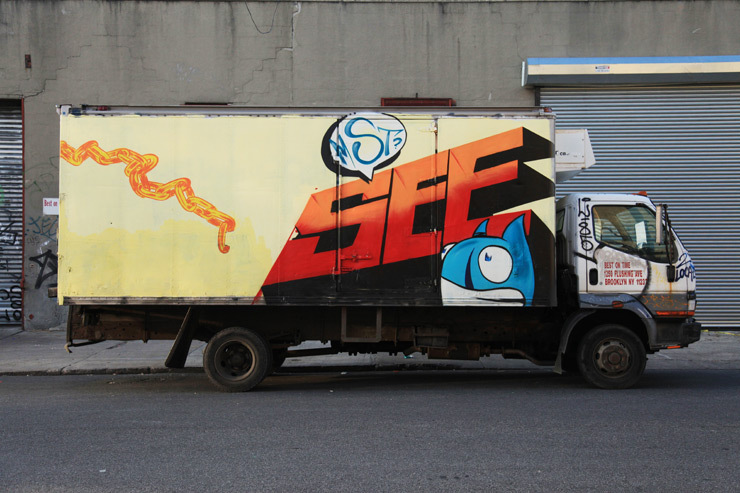 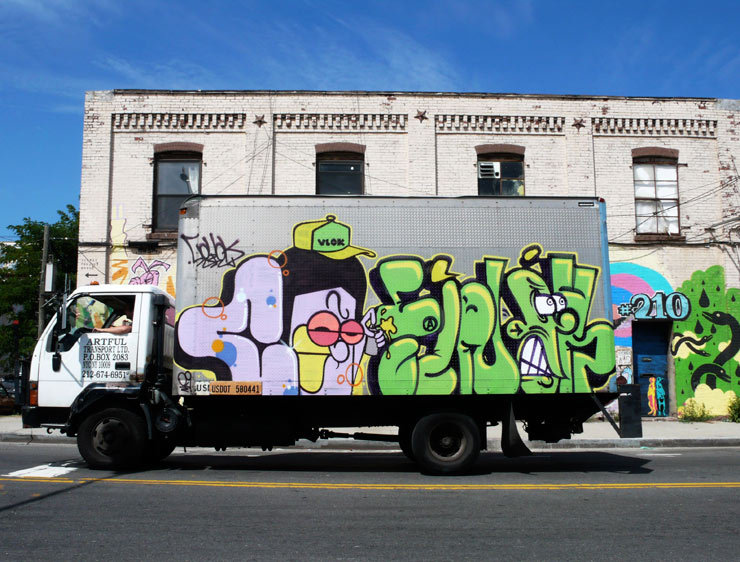 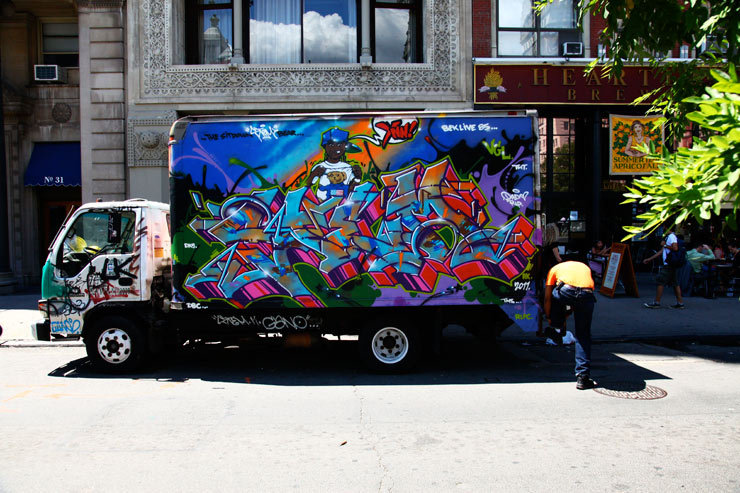 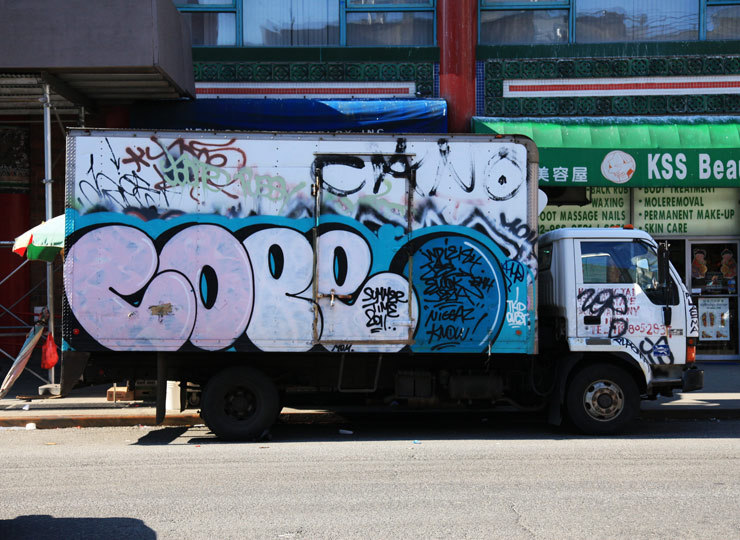 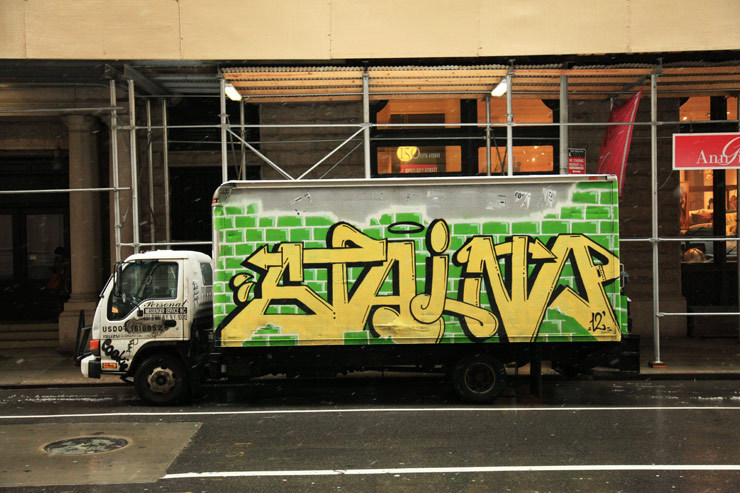 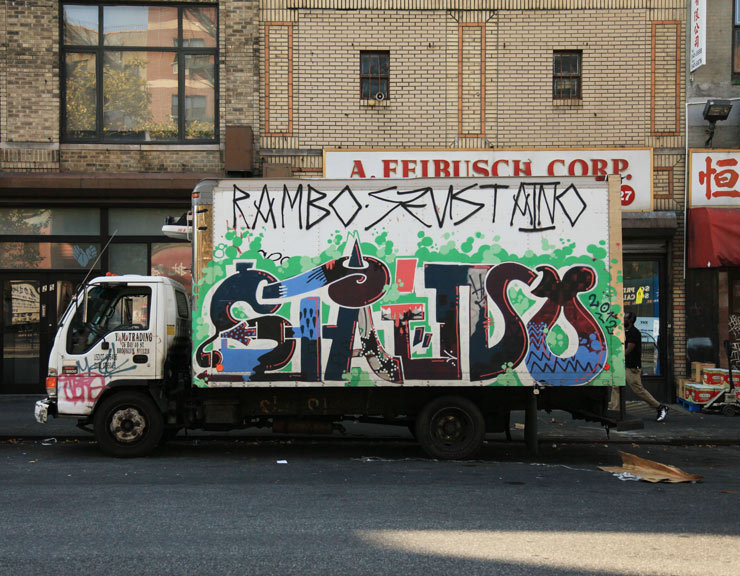 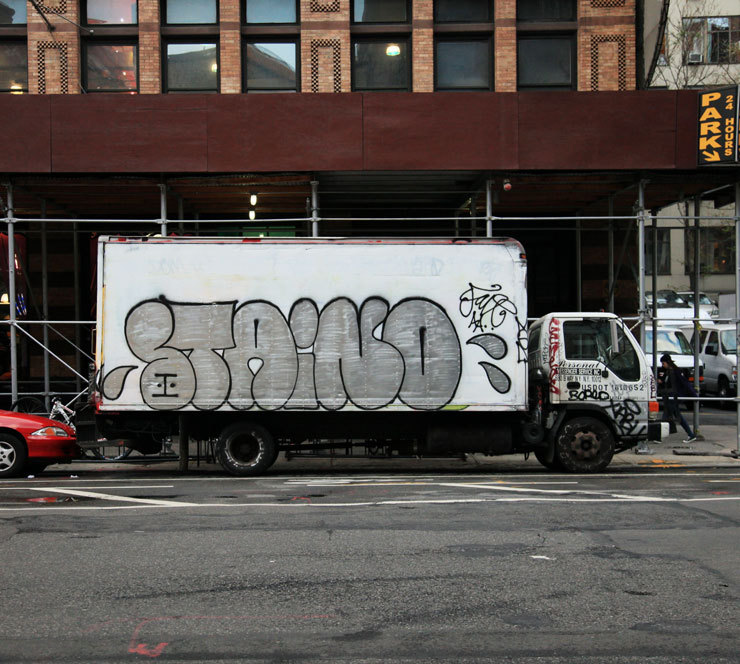 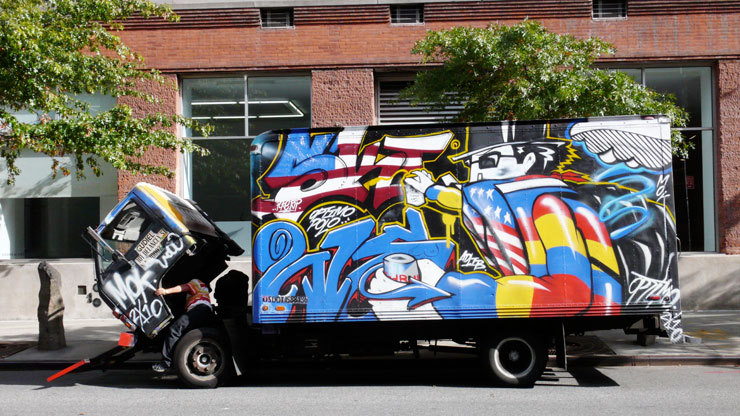 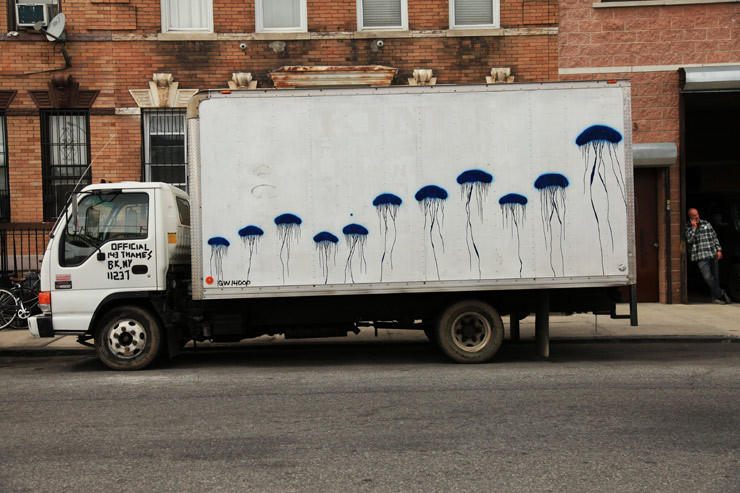 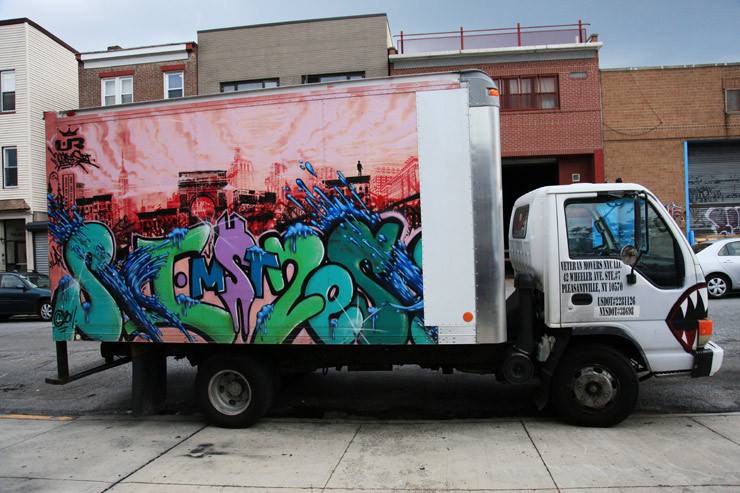 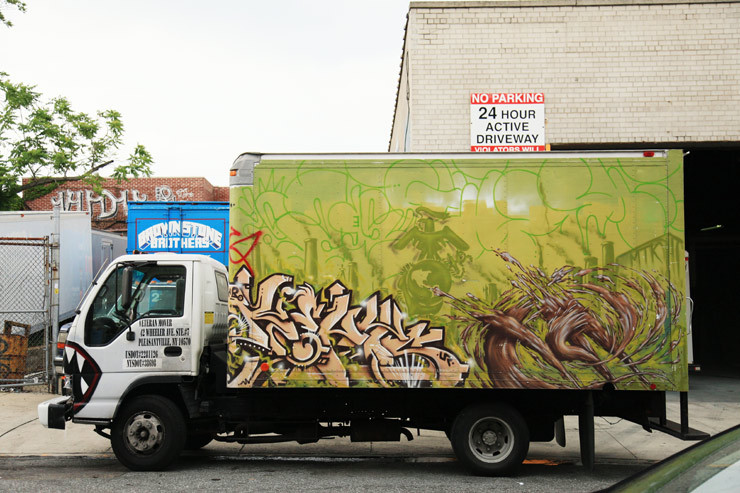 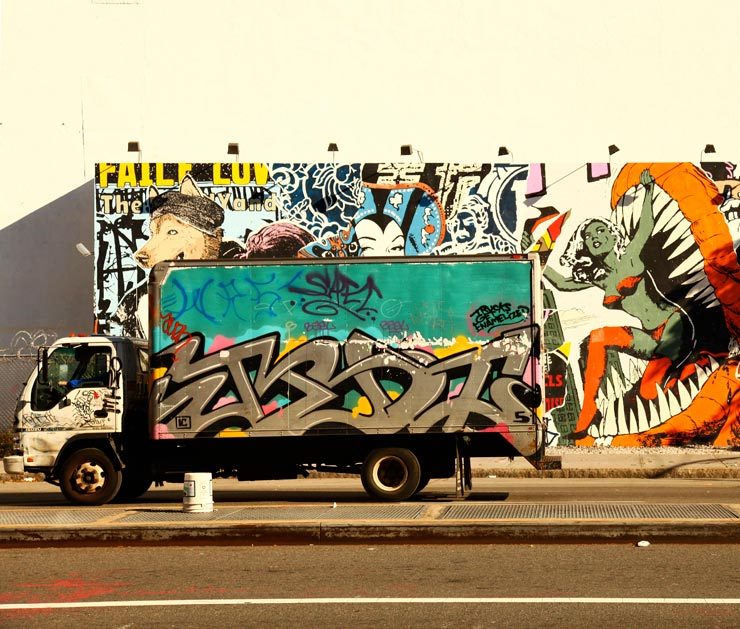 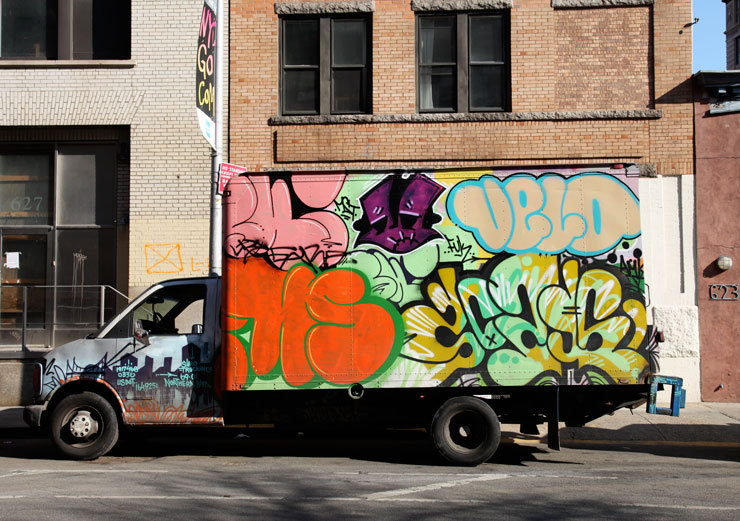 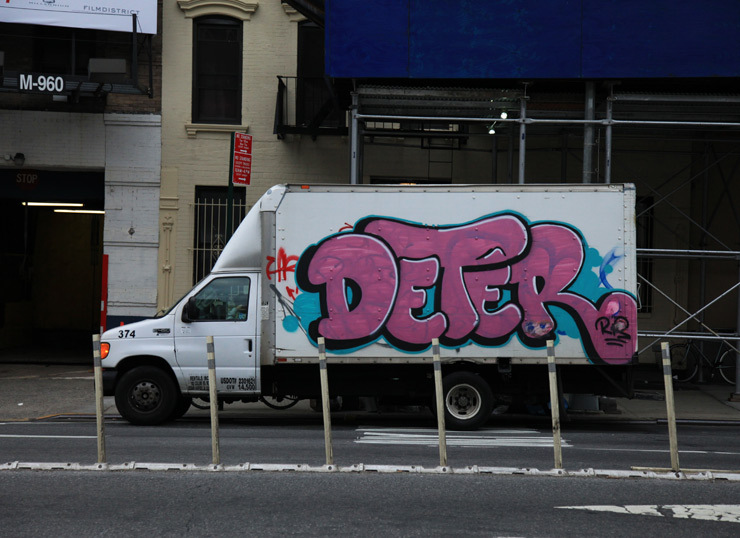 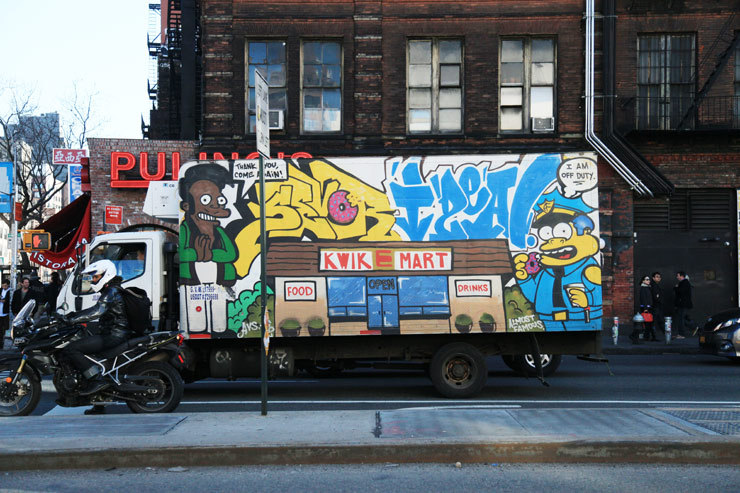 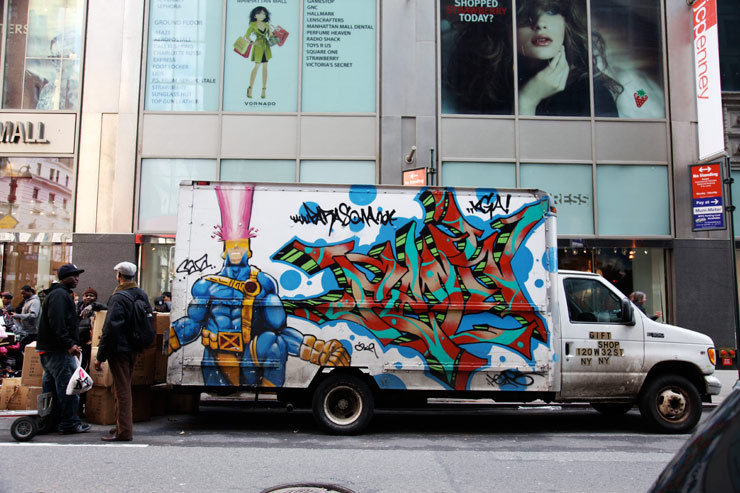 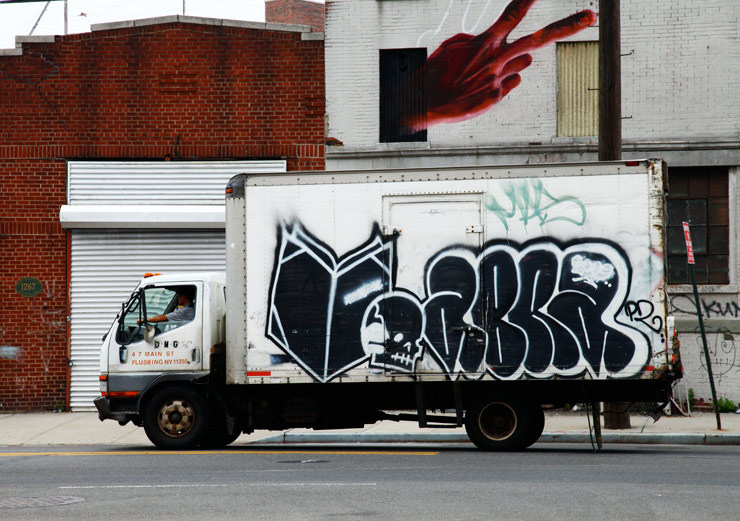 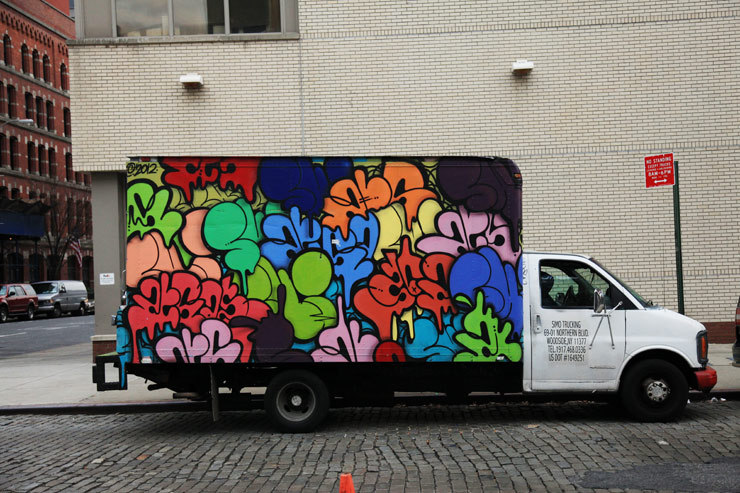 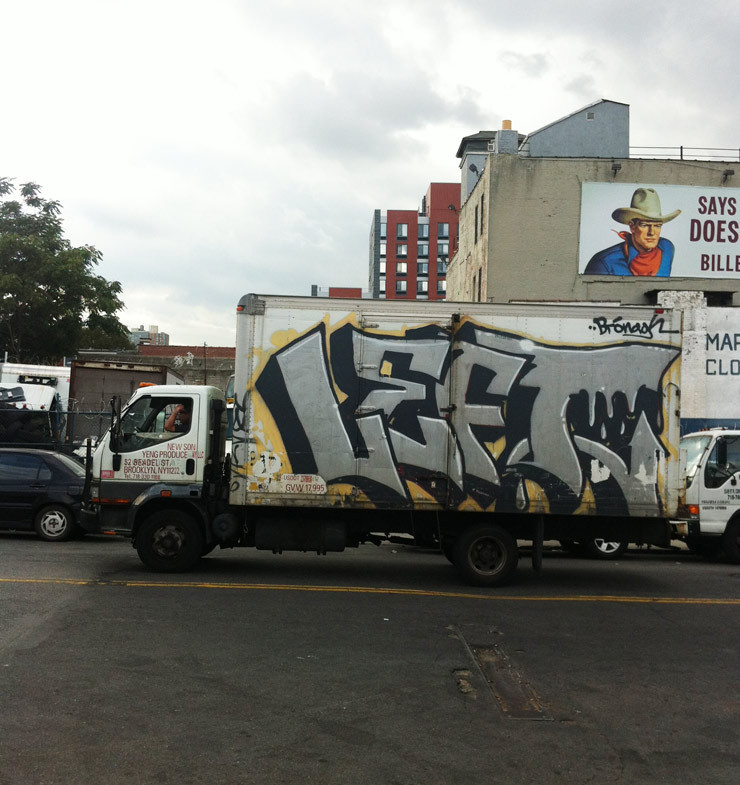 Sincere thanks to Bishop203 and Bato for their assistance with identifying some of these artists.

Please note: All content including images and text are © BrooklynStreetArt.com, unless otherwise noted. We like sharing BSA content for non-commercial purposes as long as you credit the photographer(s) and BSA, include a link to the original article URL and do not remove the photographer's name from the .jpg file. Otherwise, please refrain from re-posting. Thanks!<<>>><><<>BSA<<>>><<<>><>