This boy took a page out of the book of generosity.

Tyler Fugett didn't use all his allowance money on himself, but instead spent it on hundreds of books for inmates at the local jail in Clarksville, Tennessee.

The 9-year-old, who recently donated the books to Montgomery County Sheriff’s Office, did so with the aim of supporting inmates.

Tyler, who has a family member who's spent time in jail, saved up his allowance for the cause. He then hit up some clearance sales to buy the books.

While the sweet boy initially donated over 100 books last week, he went back to the sheriff's office on Wednesday to drop off an additional 100.

The boy's gesture is certainly beautiful and it felt even more meaningful due to the jail library's circumstances.

“Since no tax payer money is used to purchase books, we rely 100 percent on donations from the community to stock our library,” Sandra Brandon, public information officer for the Sheriff’s Office, said in the release. “Tyler’s generosity is truly appreciated.”

And don't worry, Tyler received a reward for beautiful efforts. Sheriff John Fuson presented the 9-year-old with a Sheriff’s pin and Sheriff’s challenge coin. He also personally thanked the boy for his amazing work. 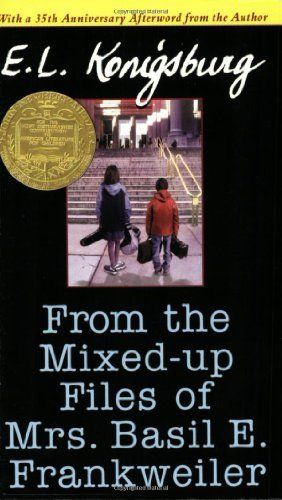 1 / 10
From the Mixed-up Files of Mrs. Basil E. Frankweiler
<i>by E.L. Konigsburg&nbsp;<br><br></i>On the surface, this seems like a standard adventure story about two runaway kids, but it takes place in an introvert&rsquo;s dream location: the museum! Claudia doesn&rsquo;t so much run away from home as she does run <i>to</i> the museum, where she and her brother embark on the journey of solving a mystery at the Metropolitan Museum of Art in New York City. During the journey, narrated by 82-year-old Mrs. Frankweiler, Claudia solves the crime with her knowledge of art history and displays lots of creativity involved in analyzing clues. She also starts on a path to self-discovery.
.