Boy George long ago proved that he well knows how to take centerstage not only with his voice but with his appearance as well. Long before RuPaul became famed for making full on drag an accepted televised form of entertainment, Boy George was well accepted for his performing style along with his makeup and fashion. Who better then to direct a drag singing group worthy of the name Supreme Fabulettes. 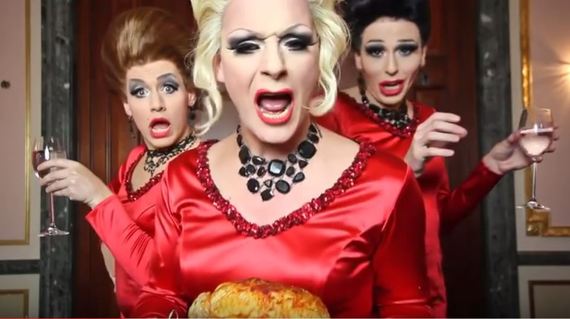 Christmas and the winter holidays are all about snow topped trees, decorations and gingerbread. Mingle is happy carolers singing out in holiday cheer as everyone greets each other with smiles and gifts. At least that is what the holiday movies are all made of, with happy endings of family and friends gathering. The holidays can also mean heartache, as many know who have been dumped by a boyfriend or girlfriend just in time for the joyous time of year.

In true Boy George fashion, he wrote a fractured carol about a man ruining his paramour's Christmas. With his song sung out in a video by the Supreme Fabulettes, and featuring a sexy shirtless Johnny Hazzard, Boy George does not disappoint. The video, directed by Boy George and Dean Stockings, is a wonderful and fun parody on how a man has done his girl wrong by breaking up with her on the eve of the holiday.

The Supreme Fabulettes sing the great "You Ruined My Xmas" song in a wonderful and fashionable video delight. This great drag singing trio knows how to bring fun to the words, turning what would be a sad situation into a fabulous sing-a-long. Known for their high stylized 1960's inspired bee-hives and fabulous couture costumes, the app named Supreme Fabulettes truly shine in the video directed by George.

These girls not only know how to sing but they can act too! Watch them have fun in the glorious film as they prepare for Christmas dressed in high style. Anyone who has been done wrong right before the holiday cheers will get to have fun watching the Supreme Fabulettes singing their Christmas Carole. Added fun is the appearance of the tattooed Johnny Hazzard putting on his own hot show for the video. 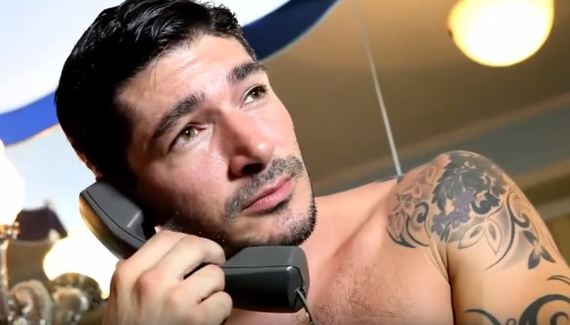 Looking for more Supreme Fabulettes fun after watching "You Ruined My Xmas" you can see them in cowgirl regalia in another Boy George directed video. In similar fashion the girls sing "A Drag Queen Is A Cowboys Best Friend" as Johnny Hazzard and a couple of other sexy males glow as cowboys sharing the screen fun. Sing out loud along with the lovely ladies as they have fun with their jovial songs that tell the men what they really think.

In holiday spirit of amusement enjoy some Christmas laughs watching "You Ruined My Xmas." Saving the girl money from having to buy him a gift for the holiday is the silver lining with the guy messing up before Christmas. Boy George certainly gets women in his prose detailing the female telling the one off who has done her wrong.