It's that time of year again: Entries from the 2012 National Geographic Traveler Photo Contest are flowing in!

While there are several amazing shots (click here to see all the recent entries), one photo is particularly eye-catching: an image by James Morgan which shows Enal, a young boy, riding on the tail of a tawny nurse shark underwater in Sulawesi, Indonesia.

Although the photograph is stunning, it should probably be noted that this is definitely not something the average beachgoer should attempt.

While the tawny nurse shark is known to be rather docile, there have been incidents of non-fatal attacks on humans, according to the Florida Museum of Natural History. The shark has "strong jaws and sharp cutting teeth" and "should be regarded as potentially dangerous."

Tawny nurse sharks are native to the coastlines of the Indian and Pacific Oceans and can be found in shallow waters and seagrass beds, according to the International Union for Conservation of Nature and Natural Resources. Due to heavy fishing in the areas they inhabit, the sharks are listed as "vulnerable" on the Red List of threatened species. 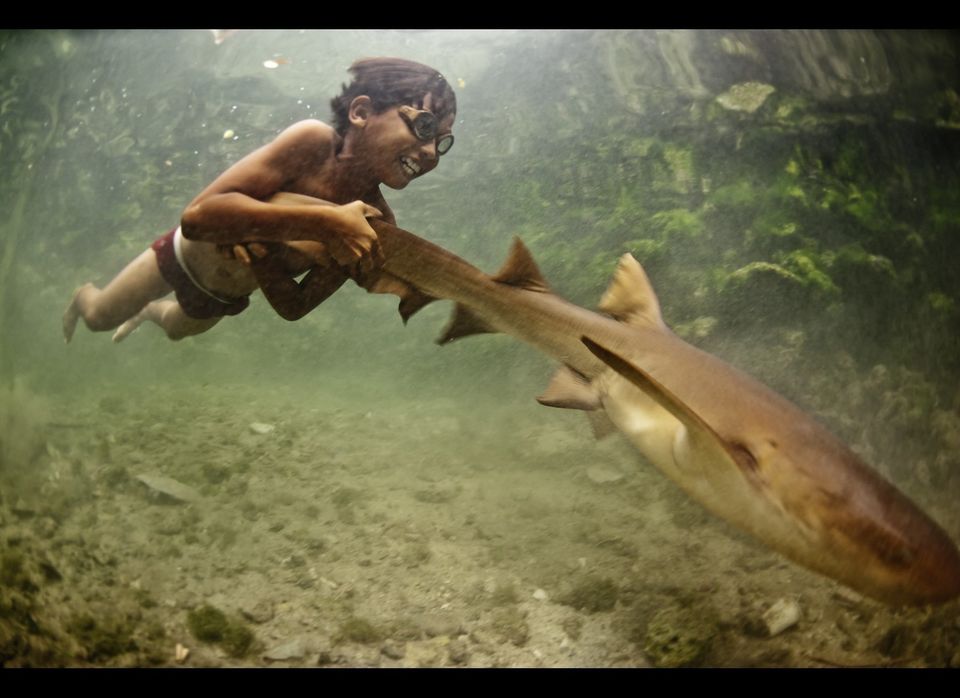 1 / 6
Indonesia: Photograph by James Morgan, <a href="http://travel.nationalgeographic.com/travel/traveler-magazine/photo-contest/2012/" target="_hplink">National Geographic Traveler Photo Contest</a>: Enal, a young sea nomad, rides on the tail of a tawny nurse shark, in Sulawesi, Indonesia. Marine nomadism has almost completely disappeared in South East Asia as a result of severe marine degradation. I believe children such as Enal have stories that could prove pivotal in contemporary marine conservation
James Morgan/ National Geographic