It's not often that a gang of teenage boys is celebrated by a city. But then again, most gangs aren't comprised of 17 Boy Scouts who've sworn to "help other people at all times."

Luckily, for a theft victim in Key West, Fl., just such a troop of Boy Scouts happened to be nearby when a man stole his wallet and iPhone. The suspected thief ran past the teens, followed closely by the victim calling for help.

The Boy Scouts, on vacation from New Jersey, hopped on their rented bicycles and pursued the suspect, reports Keys News.

"I said, 'okay boys, let's go' so we took off after him,” Barry Weigmann, one of the troop’s scoutmasters told the Princeton Packet. “The scouts take an oath... that doesn’t mean sitting on the sidelines and making a cell phone call.”

The troop followed the man from a distance and recovered a wallet they saw him throw into some bushes. The scouts then called the cop and waited until they arrived. CBS Miami reports that 38-year-old Jason Norwood was taken into custody and faces charges of grand theft and larceny.

While the group had recovered the victim's wallet, his phone appeared to be lost. The scouts then fanned out in a search pattern, found the phone, and returned it to the police intact with a fingerprint, CBS Miami reports.

Norwood denied any wrongdoing, but troop leader Tim Spring explained to the Times of Trenton: “The cops came and told the guy, ‘Well you’re going to have a difficult time in court because the judge is going to ask you what you did and then he’s going to ask 17 boy scouts, and who do you think he’s going to believe?”

Check out more photos of the scouts' bravery below: 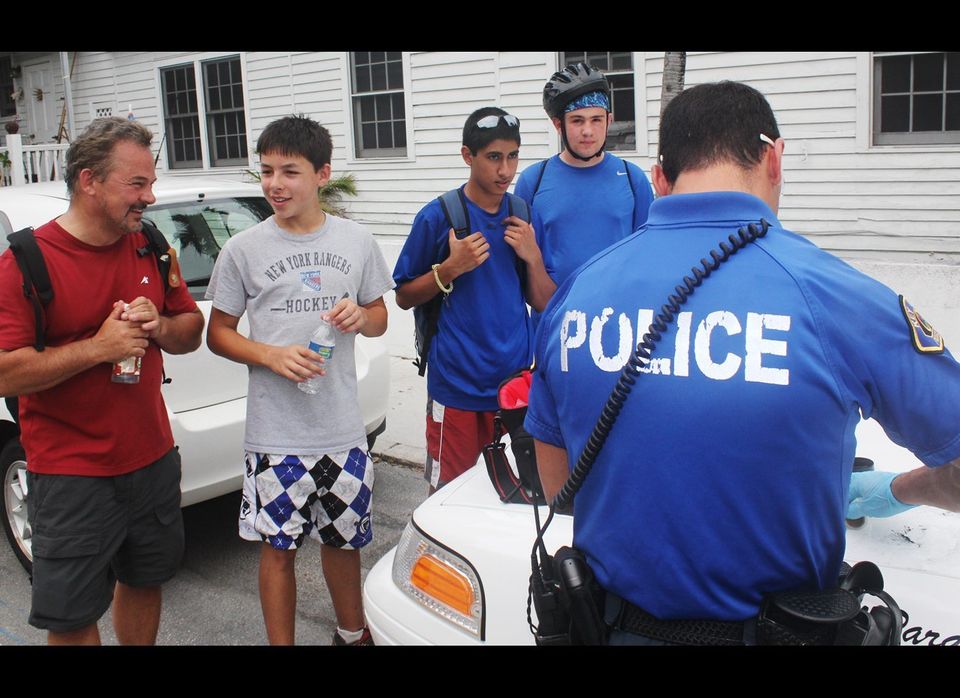 1 / 2
Boy Scout Troop Catches Thief
A scout troop from New Jersey helped apprehend a thief in Key West. They then helped find the stolen iPhone too. Here they are with the police working on the case.
Courtesy Key West Citizen