The Boy Scouts of America have reportedly voted 61-38 to allow gay Scouts.

According to multiple media sources, the scouting organization has chosen to eliminate sexual orientation as youth membership criterion. Under the new ruling, gay Scout leaders are still prohibited from serving.

By DAVID CRARY and NOMAAN MERCHANT, The Associated Press

GRAPEVINE, Texas — The Boy Scouts of America's National Council has voted to ease a long-standing ban and allow openly gay boys to be accepted as Scouts.

Of the local Scout leaders voting at their annual meeting in Texas, more than 60 percent supported the proposal.

Under the proposal drafted by the Scouts' governing board, gay adults will remain barred from serving as Scout leaders.

The outcome is unlikely to end a bitter debate over the Scouts' membership policy.

Some conservative churches that sponsor Scout units wanted to continue excluding gay youths, in some cases threatening to defect if the ban were lifted. More liberal Scout leaders – while supporting the proposal to accept gay youth – have made clear they want the ban on gay adults lifted as well. 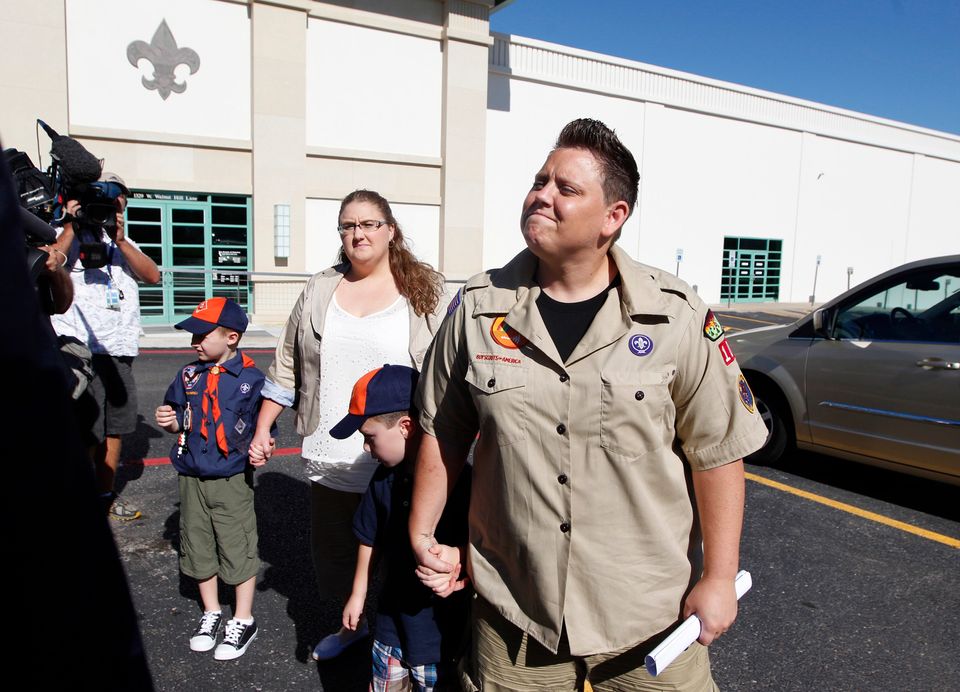