The U.S. Ambassador to the UK, Matthew Barzun, some of his staff and their children took part in the annual LGBT Pride parade in London on June 27, on an open-top bus. On board were some boys from my younger son's cub scout den in the Transatlantic Council of Boy Scouts of America -- the den that I was appointed to lead, two years ago, as an unequivocally out gay man, in contravention of Boy Scouts of America's official ban on gay adult leaders.

We joined them on the upper deck for the length of the parade and together we reveled in and reflected the goodwill that had been engendered by the U.S. Supreme Court's historic ruling on marriage equality the previous day. It was a joyous event but poignant for me too, since my American cub scouts were there only to represent the U.S. Embassy, while the UK Scout Association was officially represented on the parade for the eighth consecutive year. 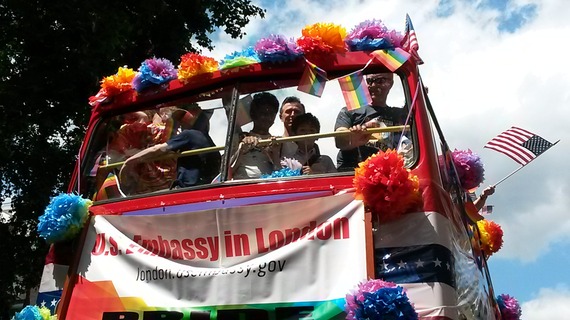 My husband is American. We live in London where our sons first came into contact with Boy Scouts of America at the U.S. Independence Day Picnic in Portman Square in 2012. I was reluctant to allow them to join, due to the organization's policy of excluding gay adults from leadership roles, but they were adamant.

As a politicized gay man who has come to value what BSA could offer to more LGBT-parented families, non-religious families and parents of girls, I welcomed President of Boy Scouts of America Robert Gates's statement that its position on gay adults was not sustainable and that he would not revoke the charters of units like ours that had disobeyed the policy that prohibits gay adult leaders.

However, when President of Boy Scouts of America Robert Gates told council leaders, "We must deal with the world as it is, not as we might wish it to be," it is possible that he believed he was speaking to a socially backward, out-of-touch, moralizing elite that would prefer not to have to deal with homosexuality.

I have a more favorable view of the membership of BSA, young and old, and I feel compelled to criticize his plan for change. 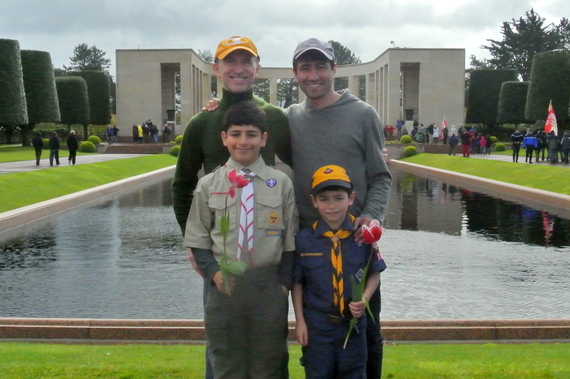 I want Gates to know that Mormons, Catholics, Jews, atheists, gay men and others co-exist harmoniously within our pack. We are dealing with the world as it is, rather than segregating ourselves and others into silos. Each values and respects the others' contributions.

I am deeply concerned that Gates is suggesting that, even after a vote to include gay adult leaders, faith-based units would retain the autonomy to determine their own membership standards, thereby allowing anti-gay churches to discriminate locally against LGBT parents. This is no way to unify and modernize the movement.

The ban on gay adult leaders is irrational, anachronistic and discriminatory. Gates's proposal for a religious opt-out on LGBT inclusion at local level would hamper BSA's ability to attract and retain members. I have met religious heterosexual parents who wouldn't dream of letting their children join BSA while this ban remains in place in any part of the organization, and I wouldn't blame them.

Similarly, many prospective corporate sponsors will not fund BSA unless there is organisation-wide change on this toxic policy. Intel, UPS and Merck have already suspended their funding to BSA. 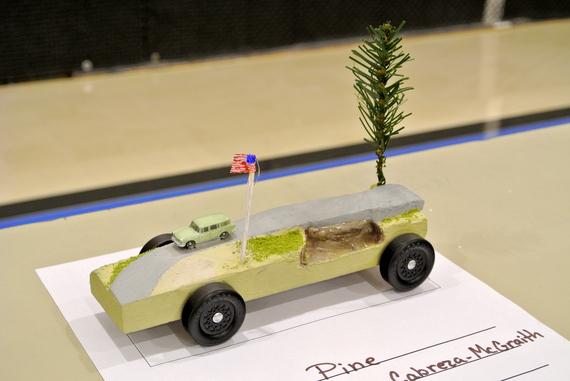 West Point Military Academy now hosts gay weddings and Republican politicians are realizing that the anti-gay card has lost its populist appeal following the Supreme Court's ruling on marriage equality; and yet, Christian fundamentalist, John Stemberger, still wants stakeholders in BSA to believe that including openly gay adults will endanger his children's safety and security.

Contrast this with Britain, where the UK Scout Association is open to boys and girls, its "Duty to God" promise is optional and it is fully inclusive of LGBT adults and young people. While Boy Scouts of America's membership has been dwindling for decades and its reputation is tainted over its policy on gay leaders, the UK Scout Association is a reinvigorated, expanding organzsation with a positive public profile, sound finances and a popular Chief Scout in Bear Grylls.

Gates should ask the national executive council of BSA to introduce a secular version of the scout promise, allow girls into all ranks and drop all discriminatory policies, rather than offering hope of an inclusive future then advocating for local scout units to have a veto on some sexual minorities' membership. This outrageous move is about preempting court action that might have forced non-discriminatory policies upon all levels of the BSA organization.

LGBT surgeons, soldiers, teachers and firefighters work diligently for the entire community, regardless of the morality, religious beliefs, politics or sexual orientation of the beneficiaries of their service. This is how civilized societies operate. If this ban on gay adults is unjust, there can be no exemptions for faith-based scout units. Gates, a former US Secretary of Defense, should apply the hard lessons he learned from Don't Ask, Don't Tell, which resulted in more than 13,000 LGBT personnel being kicked out of the U.S. military, wholly unnecessarily.

BSA Troop 98 in Seattle was jettisoned from the organization over the sexual orientation of its Scoutmaster Geoff McGrath (no relation). So, having been appointed to my position of den leader as an out gay man, I would have risked the expulsion of my entire pack from BSA had I aired my views before Gates' recent turnaround, and I didn't feel entitled to do that.

Robert Gates is not to blame that the ban on homosexual adult leaders was not addressed years sooner, but he must answer for the current plan that seeks to devolve anti-LGBT discrimination to all of those faith-based chartered organizations that might prefer to exclude LGBT parents. This is wrong and divisive.

The ratification of the proposed membership policy is expected to be rushed through on July 27, which, paradoxically, may be too soon for the long-term health of the movement, given that voices like mine and boy scouts themselves have not yet been heard in the debate about the religious veto on gay adults.

There are far more life-and-death issues for LGBT campaigners to be concerned about, when Islamic State and other regimes are imposing sharia law or otherwise persecuting us. However, lesser, domestic issues affecting LGBT civil rights, such as the legal freedom to discriminate on the grounds of religious belief and the BSA ban on gay adult leaders, should not have to be set aside until all religious violence has ceased.

Once the U.S. has dealt with its own discrimination against sexual minorities, the U.S. State Department's LGBT envoy, Randy Berry, will be able to be more effective in addressing the worst abuses against our human rights around the world. 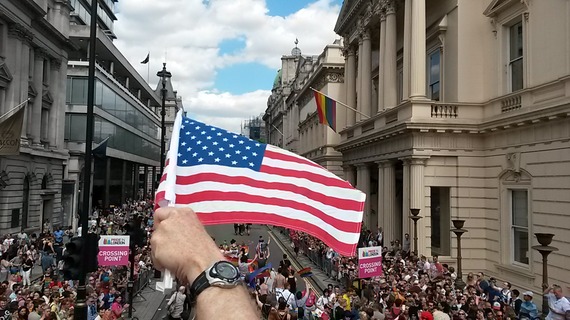 Writer, activist, designer and LGBT adoption consultant. One half of the first gay couple to marry in the UK.