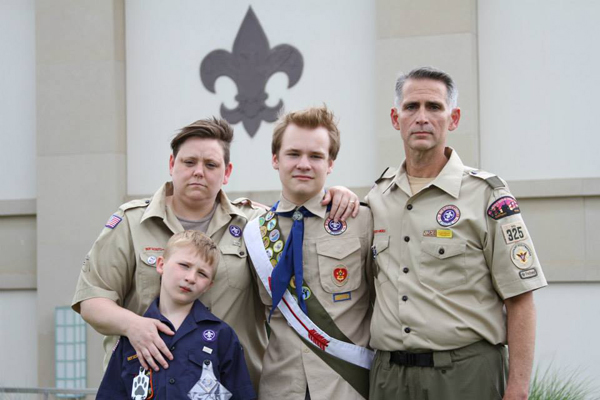 May 23, 2013 was a monumental day for the Boy Scouts of America: the day they voted to end their discriminatory ban on openly gay youth. Now, for the first time in the Boy Scouts' hundred-year history, gay kids can be Scouts without having to hide who they are.

That's the good news, and it's pretty amazing. But the bad news is that gay parents like me are still banned from serving as Scout leaders.

In April of 2012, I was forced to resign as leader of my son's Cub Scout pack because I'm gay. I was devastated to be told that I wasn't good enough to be part of my own son's life. No parent should ever have to feel that way, and the Boy Scouts have no business telling kids that gay adults aren't to be trusted.

That's why I'm calling on local Boy Scout Councils all over America to reject this discriminatory ban and allow gay youth AND gay parents to serve openly.

This is some of the language from the new Change.org petition that I'm launching in partnership with Scouts for Equality. The BSA knows that their policy change regarding gay scouts is simply not good enough. I'm asking them to allow LGBT parents like me to participate in their children's lives.

Discrimination is never OK! Just because the BSA has the legal right to deny LGBT people membership doesn't mean that it is morally right.

The BSA has a history of discrimination. Segregated public schools were declared unconstitutional in 1954 by a unanimous Supreme Court ruling in Brown v. Board of Education, but the Boy Scouts of America included racially segregated units as late as 1974. It took the BSA 20 years to catch up to society in regard to the treatment of black people. In fact, they only conceded when legally forced to do so.

Women were not allowed to hold the posts of Cubmaster or Scoutmaster until 1988, although they were allowed to participate in Cub Scouting as "den mothers." Catherine N. Pollard sued in Connecticut state courts to be allowed the post of Scoutmaster. Although the court ultimately ruled against her, in 1988 the BSA's executive board voted to allow women to hold the post of Scoutmaster. So less than 25 years ago women were still being discriminated against in this archaic institution!

Now, loving and devoted parents like me and Greg Bourke are being refused membership. We just want to be involved in our children's lives and watch them grow into wonderful, productive adults. Please stop denying us that right.

This resistance to change is unhealthy behavior, has a negative effect on society and, more importantly, encourages discrimination and intolerance.

The American Medical Association (AMA) has reaffirmed that "there is no basis for the denial to any human being of equal rights, privileges, and responsibilities commensurate with his or her individual capabilities and ethical character because of an individual's sex, sexual orientation, gender, gender identity, or transgender status, race, religion, disability, ethnic origin, national origin, or age."

People have already been telling the BSA that they do not approve of discrimination; indeed, the BSA has seen a 21-percent decline in new membership since 1999 and the Boy Scouts of America et al. v. Dale Supreme court case. I'd wager that if the BSA continues this blatant discrimination, it will discriminate itself into extinction. We love the BSA and do not want to see this happen. Despite this one policy, the BSA is a valuable institution in our society. It is our hope that they will listen to the people who care about their future and include everyone.

The NOH8 campaign has joined in to assist us in our journey toward a better Boy Scouts of America. I had a private photo shoot in my hotel room in Los Angeles after this year's GLAAD Media Awards: 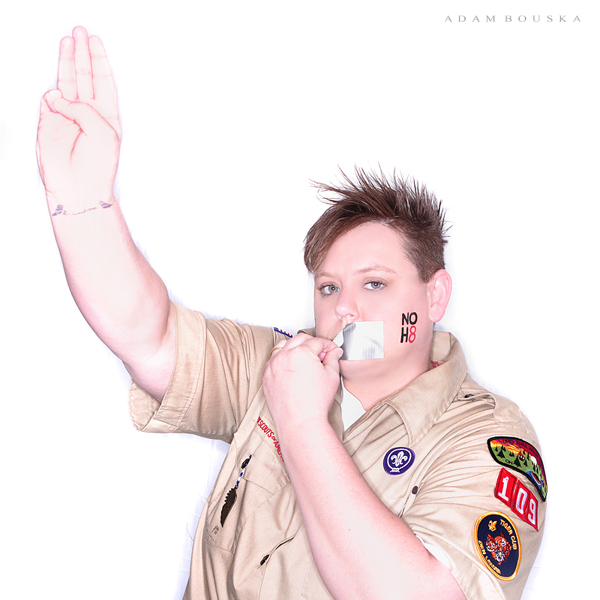 I am honored to not only support the amazing NOH8 campaign but help launch a new branch. If you are a Boy Scout, scout leader, Eagle Scout or formerly any of the aforementioned, come to any open NOH8 shoot in uniform, and you will be photographed by the one and only Adam Bouska for no charge. (Find more details here.) 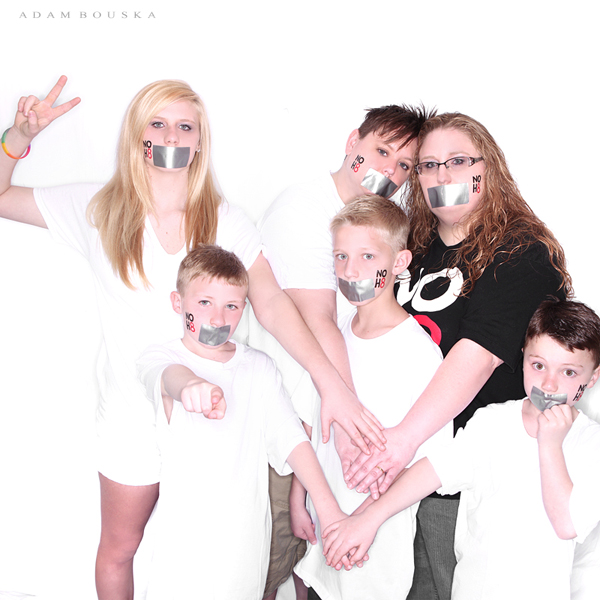 Get involved and stay informed: