Despite the fact that, as she puts it, Boyfriend is relatively “underground,” she’s already experienced a bit of criticism for “joining in on the dance party on hip-hop’s grave.” But she’d contest that hip-hop isn’t dead yet, and if she’s dancing on anything it’s gender norms. This teacher-by-day and self-proclaimed “raunchy" rapper-by-night thinks there’s “room for everyone.” HuffPost Entertainment talked with the New Orleans artist and former English major about sex positivity, stripping and the hardest parts of switching out of teacher mode.

So, you refuse to reveal your real name. What's the story there?
Kind of just playing into this concept as the Boyfriend as a character overall. I vary very much from the way that I look to the way that I pose myself on camera, even the sonic qualities of the song. I want people to approach it almost as a Vaudeville sideshow, rather than a tight, cohesive package. You know a lot of bands, they seek to have each video follow the next and match. And I think it helps people to think of me just as Boyfriend. But then also, I don’t want the people that I work with (laughs) to necessarily link the two, considering some of the things that I say. So, that’s part of the double life going on.

Teaching ages 5 to 12 must be quite a jarring daytime reality. How do you deal with the transition?
You know, I wake up for work at 9, get home at 7:30 p.m., and I’m like, “Okay, let’s write a raunchy rap song." But I approach my life, as I hope most people do, as a cohesive place of honesty. While I’m working with kids I just know better than to ever say those things. Although, I feel like most people do push their sex lives out to the edges of their life, where they’re only allowed to be that person, you know, depending on how many drinks they’ve had, and who they’re underneath, and what the lighting is like and how many pounds they weigh that weekend. I think, if you’re kind of dirty and you like to get choked, you should be that person all the time. And you’re kind of sweet and loving and you want to kiss whoever you’re dating in public, then you should do that all the time. I mean, have the wherewithal to be appropriate. You know, people, I think, compartmentalize it a little too much. So, I don’t do that. I just know when to hold myself in. 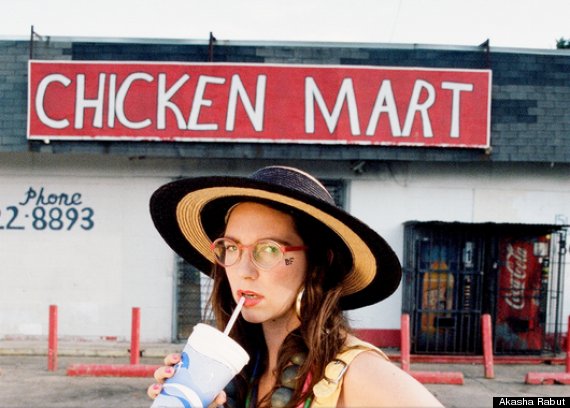 So, is that sex positivity part of the message you’d like to communicate with your work?
Absolutely. That would be the closest thing to a goal that some of my songs have. Many of them are geared towards having fun and making fun of stereotypes. But the one thing I do take seriously is challenging all people, and especially women, to take a more graceful perspective on their sexuality.

And is there anything from your past that inspired you to take that approach?
I grew up in a pretty conservative world in Nashville. I was a church going gal and I remember feeling ashamed of my body, and wrong and dirty. Things like, you know, I’d wear a certain top to church and, you know, I’d get this message filtered through that aisle, that, “Oh, you know, the elders requested you not wear that top to church.” And that feeling, you know, I’m 12 years old and I can’t help it that I got my period at 11 and I have these big old boobies. At that point in my life, I really loved Jesus, and to be made ashamed of being shaped the way that I was, I was somehow sinning was terrible and it’s definitely stunted my creative growth. And I know that there are a lot of people that are made to feel that way, whether or not it’s in the name of god or in the name of decency. People need to lighten up! America is such a sexual place, but no one wants to talk about it. 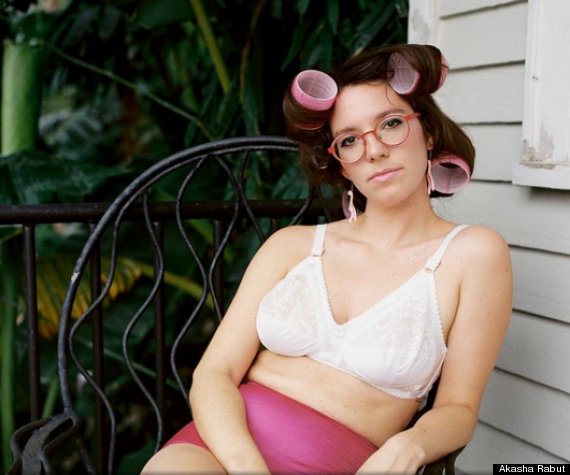 One complicated aspect of being sex positive in such a slut-shaming culture is the criticism that sexual expression is simply playing into the male gaze. How do you interpret or counter than inherent contradiction?
That is the crucial tight rope that we all walk. My mantra is: form and intention. I strip on stage, because I think it adds to the cabaret, theater element that I’m trying to bring to the stage. And it’s fun and it’s empowering and it makes people approach the show differently than they would a typical concert. I’m definitely not doing it to try and make people like me more. I do it because it’s the honest thing that Boyfriend would do. I feel like that’s always the key: Did that idea come from your art itself and the message you’re trying to send or did it come from a desperation for an audience? For example, people say strippers are being demeaned. What about the super intelligent, self-aware strippers, who go into it because they want a flexible work schedule and they enjoy showing off their body? I think it really is a case by case basis.

Speaking of strippers, you mentioned you strip during shows. Tell me what a typical Boyfriend performance is like.
I come on stage, and I put on lipstick, and I just make myself comfortable on the stage. You’d be surprised by how much that alone will make people start to pay attention. The whole show is kind of an exchange of energy from the audience. I always have prizes and costume changes and audience participation. It’s a very dynamic show and I want to even push that element even more.

And how has the New Orleans art scene shaped or inspired that?
If anything, I have to rely on my stage presence more. I just have my little voice up there with a mic, I don’t have the whole brass band behind me. I have to get the audience’s attention some other way.

How about the burlesque culture?
I don’t want to undermine the amazing burlesque scene that’s here, I myself just haven’t gotten into it. I certainly pull from burlesque. I’ve started a show dressed entirely in balloons and let people pop them off me. Little classic tricks of the trade like that. More of my inspiration comes from watching musicals and the idea of showmanship.

Any specific figures that inspire you?
I listen to powerful chicks, you know, Joni Mitchell, Erykah Badu and, of course, we all bow down to Beyonce. You know, but I’m clearly not taking cues from them. I grew up in the world of country music.I listened to some rap, but it wasn’t a conscious seeking out of it. Now that I have chosen it as my art form, I am trying to educate myself a little more, but at the same time I don’t feel myself being influenced by it. I feel like I’m doing my own thing. 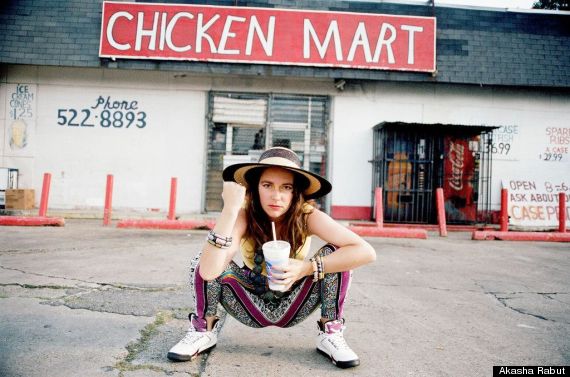 What would you say is the key difference between you and the rappers you listen to?
Well, a lot of people are rapping from this place of authenticity. Angel Haze is a great example. Whereas, I’m not rapping about my life. Boyfriend is rapping about Boyfriend’s life, if that makes sense. Boyfriend is talking about the music sees and the videos that Boyfriend sees and is participating in that far more than Boyfriend is, like, “Here’s what I did today.” It’s more about commentary.

Much of that is communicated through literary references, do you ever worry about being seen as a parody or novelty act?
That is the crucial question. I think a lot of the difference is the originality of it. I don't think I'm parodying so much as satirizing. I'm looking at broad strokes and then, kind of, diluting them down into three-minute messages in a song. Really, I hope that my flow speaks for itself. In the process of turning this genre or this trend on its ear, I want my audience to be just really enjoying the song.

And do you ever doubt you can effectively move into a space that is primarily defined as a celebration of black masculinity. Is there a place for white lady rappers?
I think that there’s room for all of us. People have already said about me that I’m “joining in on the dance party on the grave of hip hop.” But that’s hilarious to me. Whoever said that hip hop is dead? And if it’s really dead, did that happen because Kitty Pryde had a viral video? I really that that change will come. Given the expanse of people’s tastes and and interests, there really is room for all of us. Anyone that watches my videos can see that I’ve got a wink and a nudge going on. I’m definitely saying, “Hey, I’m sexy,” while going, “Hey, nudge, nudge, nudge, don’t you think I’m sexy?” What sets me apart is that I see there are a lot of tropes to play with and I’m down to play with all of them.

On The Record Entertainment Boyfriends