Disclaimer: While this article doesn't contain spoilers per se, it does discuss dialogue and events that take place throughout the movie "Boyhood."

Every other day, I go to Annadel State Park. It's one of the most gorgeous places I've ever been: red clay trails, mossy oak trees with low-hanging branches, a lake hidden in its upper reaches, redwoods many stories high. 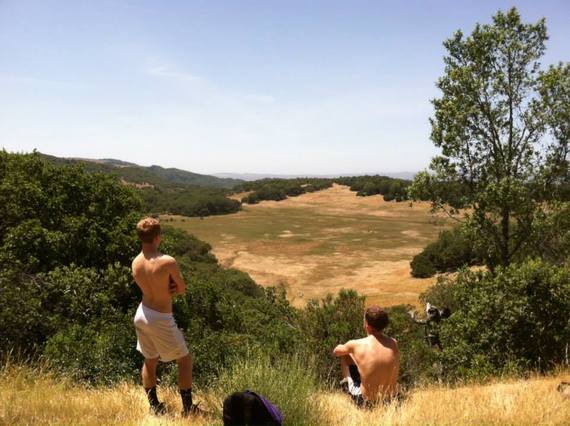 I go there not just to run and hike, but also to escape and contemplate. Some segment of my DNA says that I must ask myself the questions that can never be answered. The "what-is-the-point-of-all-this"s, the "why-am-I-here"s. I'm not unique in this -- most humans fortunate enough to have basic needs satisfied also pose these questions to themselves, their god, or their pillow.

That's why it was utterly gripping to watch Mason face the same questions as he goes from a boy to a young adult in Boyhood.

Perhaps the most basic observation about the movie is how much realer it all feels when we watch an actor grow up before our eyes -- the same one, for twelve years. A subtler one is how the movie portrays every scene with the same weight. Moments are milestones; milestones, moments. Without special effects or CGI, the story's steady cadence advances through Mason's triumphs, pain and confusion at a uniform speed. Kind of like how real life happens.

This movie also differed from others because we don't just see action scenes, sex scenes, witty dialogue and emotional drama. We see Mason pissing on a fire with his dad after camping. We see a girl ride her bike next to him as he walks home from school. We see his mom disapprove slightly of his smoking pot. It's just so normal.

But the normal-ness is where the movie drums up serious momentum. As so many unremarkable events pass by -- a graduation, family dinner, departure for college -- the subtext of the events comes to the foreground. We skip from day to day, event to event -- what is the point of it all? Right when I was starting to wonder that, Mason asks the same question to his dad in the wake of a hard breakup.

This atmosphere reaches its climax during his mother's emotional crisis right before he leaves for college. She laments that the family moved around, she worked different jobs, men came and went, and she completed the most significant part of her mothering with Mason leaving for college. What's to show for all the struggle? What else is there? "You know what's next? My funeral. I just... I just thought there would be more." 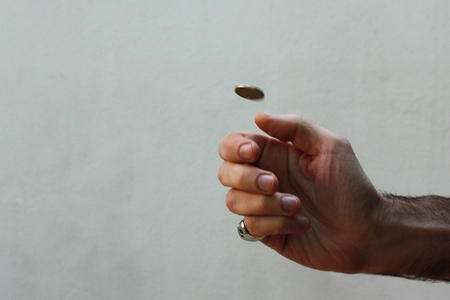 We feel, as the mother feels, the patient and relentless succession of events that composes life. We reach new milestones and meet goals, but after an initial high, equilibrium reestablishes. The basic condition of life stays the same. And for many people in America today, that basic condition has a strong element of background anxiety. Of searching.

But in the final scene, Mason and a fellow psychedelic adventurer look more closely: Is life a succession of moments? Where does one moment end and the next begin? "It's like it's always right now," Mason and Boyhood conclude.

Boyhood and the Millennials

The Millennial Generation faces a myriad of situations that bring about the big questions. The traditional career path followed by preceding generations is becoming less plausible and less desirable. Jobs are scarce so we take ones we don't enjoy, or move far and frequently to chase good ones. Student loans haunt us like a second shadow and add pressure to make money -- somehow, some way. Social justice issues like gender equality, gay rights, climate change and income inequality are brought to the public eye, but it feels like no progress is being made. We are distracted by smart phones and social media and miss real human connection. Romantic relationships are often transient and whimsical because people are unsettled. And as Boyhood portrays so well, adults are often just as lost as children. There is little stability for the Millennial Generation.

Boyhood suggests that there is only one way to answer the big questions: accept that we cannot know the answer, and refocus on what we have right now. There will always be questions, and there is never a permanent escape from them. The best we can do is make peace with that fact. If we do, we remain open to new experiences. The more we grasp for security, the more we fear of the essence of life: change.

After letting go of the need for something permanent on which to anchor, we are left with the only thing Mason was left with on the precipice between his old life and his new -- right now. Uncertainty can be empowering.

A Walk in the Park 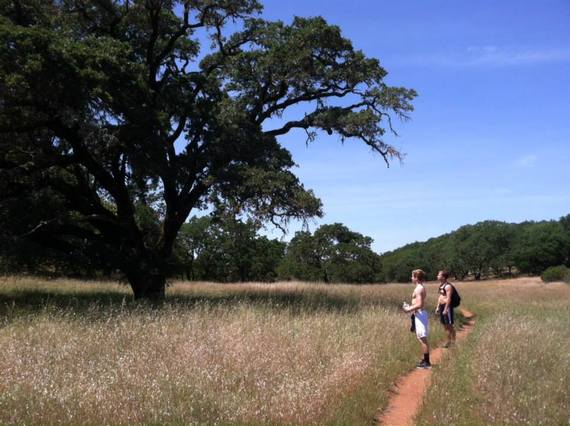 The last time I was in Annadel, I imagined that the trees might be bothered by the fact that they live and die once a year. By the feeling that within a few months, all of the splendor and decorum they put forth will be browned and decaying on the ground. Nature is an endless fluctuation between life and death. But it is the balance between them that actually lets the whole damn thing keep going.

Regardless of external conditions, our succession of moments will contain triumphs and defeats. We will wobble between them like the rest of nature. And although that can entail confusion and angst, it can also allow for peace. We can fight a constant battle for security or embrace uncertainty. We can reject or accept the fundamental flux of life. In the last seconds of Boyhood, Mason begins to dance along with it. It would do us well to follow in his footsteps.

This blog post is part of a series for HuffPost Moments Not Milestones, entitled 'The Moment I Stopped Being Perfect.' To see all the other posts in the series, click here.