When Whitchurch High School in Cardiff, Wales, banned male students from wearing shorts despite sweltering summer temperatures, a group of teenage boys took matters into their own wardrobes and, rather than staging a sit-in, they did one better:

According to The Mirror, a group of 17 Year-10 students donned the typically feminine outfits in protest of the school's draconian dress code.

"Girls can wear skirts, so I don’t see why we can’t wear shorts. It’s a reasonable protest," said Tyrone Evelyn, 15, a spokesman for the group. "It’s just appropriate for the weather -- we don’t want to be hot and bothered."

School administrators, however, were plenty hot and bothered themselves over the protest. The Daily Beast reports the young demonstrators planned their protest via Facebook, bringing the skirts in their school bags and changing outfits in the school bathroom. The students then took to the halls, chanting, "We want to wear shorts," according to Wales Online. The march was soon redirected to the headmaster's office, however, where the boys were given the options of changing back into trousers or facing disciplinary action.

While the students acquiesced to school authority, they have not given up the fight. Wales Online notes the boys plan to petition their student council in hopes of changing the uniform policy for next summer, which at present states explicitly, "Trousers are compulsory for boys and optional for girls. These must be full length and plain black."

When asked about the heated dispute, Whitchurch headmaster Huw Jones-Williams said the school would continue to enforce its dress code, but was evaluating how students coped with the summer heat, according to the Daily Mail.

"People have obviously indicated that they would want to wear shorts. We are always keen to listen to our students," Jones-Williams added. 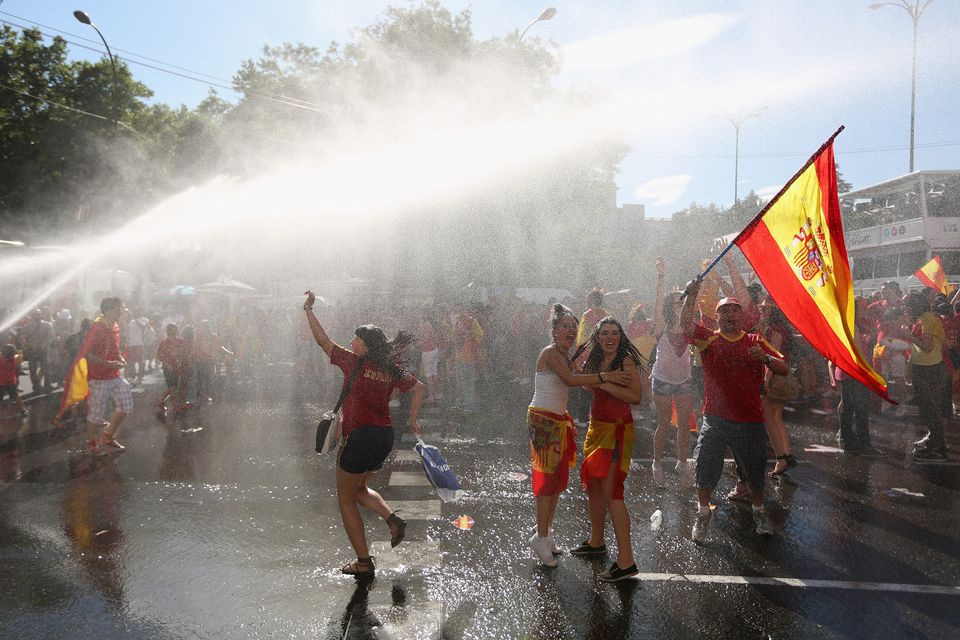