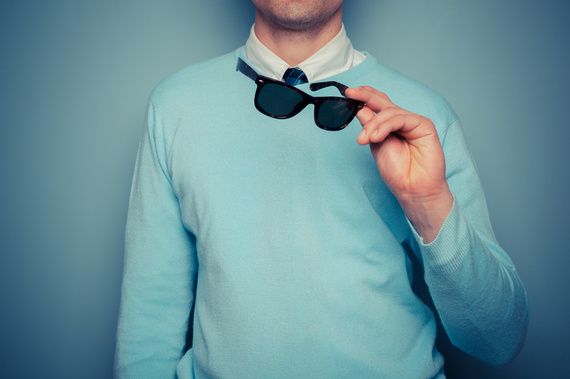 There is something eerily disturbing about committing crimes, photographing them, and then sharing those photos on a social media site. An investigation into a Penn State fraternity, Kappa Delta Rho, is underway as police allegedly uncovered images of drug deals and nude (some unconscious) women that were posted on the fraternity's Facebook group page. The entitlement and lack of empathy from these actions should make us all cringe.

It seems clear that the Greek system is a breeding ground for questionable behavior and needs to be reformed. Don't get me wrong, there are many positive contributions from fraternities that benefit the universities and outlying communities that support them. However, that doesn't negate the criminal behavior that also occurs more frequently among fraternities: underage drinking, drug use, vandalism, harassment, sexual assault, and now, revenge porn. We know that at least 1 in 5 women have experienced rape by the age of 25 (1), which is a daunting to say the least. So why have we turned and looked the other way after studies reveal that sexual assault is a common occurrence among many fraternities (2, 3, 4)? Are we really just fine with chalking it all up to "boys will be boys?"

What is posting nude images of women without their consent about?

Although members of KDR claim their behavior is just a joke, posting nude photos of women who are unconscious is cruel, to say the least. Posting images or videos of nudity and/or sex that were consensually taken but not consensually distributed is typically referred to as revenge porn (5), which is illegal in many states. What is even more disturbing, is that the alleged photos on the KDR page were not consensually taken or consensually distributed. In defense of Kappa Delta Rho, one member anonymously gives his take on the issue. "It was an entirely satirical group and it was funny to some extent. Some of the stuff, yeah, it's raunchy stuff, as you would expect from a bunch of college-aged guys," he said. "But, I mean, you could go on any one of hundreds and thousands of different sites to access the same kind of stuff and obviously a lot worse and a lot more explicit."

Why would a group of guys post images of criminal behavior on social media?Members of the community are 'shocked'. These guys participate in THON! So, sexually assaulting and harassing is fine as long as you also raise money for charity? Please. Let's look at the white, heterosexual, male privilege here (6). You commit a crime, get a good lawyer, you'll likely be fine. It's difficult to imagine that a black fraternity would get away with posting photos of drug deals. Another recent example of the privilege of white fraternities was the Oklahoma incident where racism reared its ugly head. I'm not saying all fraternities are sexist or racist, but the very structure of them creates the environment for sexist and racist ideology to breed, but more importantly, to go unchecked.

Even though revenge porn website enthusiasts swear their motivation is nothing but an opportunity 'to look at real naked women', in reality, the act of uploading a nude picture to punish a woman for leaving you or to boast about you %#$*ing her, is less of an act of sexual expression and more similar to the criminal behavior of stalking and harassment (7). It is clear that non-consensual distribution of sexual imagery and videos is intended to humiliate the victim. With that in mind, we should amend stalking and harassment legislation to reflect our new cyber-reality. Just because the abusive acts are happening in cyberspace doesn't mean the experience of being humiliated and harassed by an ex is any less terrifying.

We do nothing when we hear of these "shenanigans" because if we actually acknowledged that violence against women is very real and we can all do something to stop it, we would have to change our behaviors. Instead, we change our opinions. This is a little thing called cognitive dissonance. If the behaviors of the frat boys or football players isn't that big a deal because 'boys will be boys', we can go on as usual. If their behavior is no longer acceptable in our eyes, we need to change our behavior in some annoying way (e.g. stop associating with a fraternity, stop attending football games, sign a petition, write a letter to an administrator, stop laughing when someone makes a joke about frat boys and rape).

Our cognitive dissonance makes it safe to perpetrate sexual assault because privileged perpetrators know that it is nearly impossible to charge and convict someone of sexual assault. Even if they are convicted, the public will ultimately feel bad for the perpetrator and his "future being ruined", rather than feel bad for the victim who "should've avoided these parties in the first place".

What can universities do to prevent college campus sexual assault and sexual harassment?

1. Implement Bystander Intervention Programs: Sexual assault, binge drinking, harassment, etc. occurs because people surrounding the acts stay silent and accept the behavior, known as the bystander effect. Programs that teach individuals to stand up and say something when they know something is wrong, show reductions in sexual assault, alcohol poisoning, etc.

4. Hire Victim Advocates: It is beyond difficult to stand up to your own group of friends and say you were assaulted. Victim advocates act as a support system for the victim to navigate the healthcare system, legal system and social systems. They help victims achieve justice. Please keep in mind that the problem of college campus sexual assault and revenge porn is not solely a fraternity problem. A large part of the problem is our own cognitive dissonance and the bystander effect that keep us from acting. The next step in ending violence toward women is to recognize that men must lead the way. Men need to step up to the plate when their friends are out of line. And when we hear of questionable behavior, we have to stop telling ourselves "boys will be boys".