In July 2009, at a lecture to the Stanford Business School, the CEO of British Petroleum Tony Hayward explained to attendees that BP was going in the wrong direction before he took over as CEO because, "we had too many people that were working to save the world."

BP is obviously under a lot of pressure at the moment given that it is dumping tens-of-thousands of barrels of oil into the waters of the Gulf of Mexico and threatening the existence of hundreds of species of animals and the livelihood of millions of Americans.

No company is going to look like roses in this unprecedented situation. But what has made it all the more worse for the oil company is that they spent a lot of money over the last few years branding themselves as a company looking "Beyond Petroleum" - playing up their paltry investments in renewable and clean energy technology while only investing about 5% in such green technologies.

The other 95% being invested in fossil fuels and offshore oil exploration. 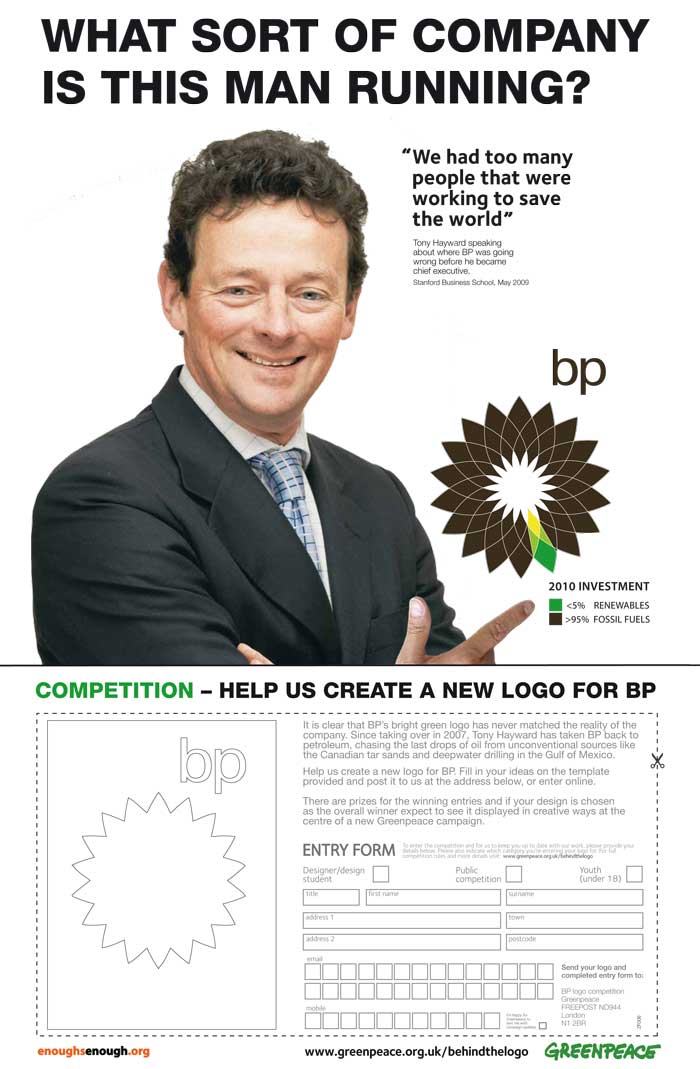 Would Greenpeace and other activist organizations come after BP for the Gulf of Mexico Deepwater Disaster if they hadn't been greenwashing? Absolutely. But it's one thing to make a mistake and be harshly criticized for it and a whole other to make a mistake and also have the public feel they have been lied to.

Too bad Tony Hayward hadn't spent more time thinking about "saving the world." Maybe this disaster would have never happened if he had.

Too bad BP tried to pretend they were something they weren't because now not only is the public outraged, they don't trust a single thing the company has to say.