I am not a fan of BP, and the oil company deserves the heap of criticism tossed its way, but I believe the media has once again behaved outrageously.

Instead of continuing valid coverage of the horrid oil spill and the devastation it has wrought to the lives and property of so many people, the media devoted too much attention Wednesday to the choice of a word used by the head of the company.

BP Chairman Carl-Henric Svanberg told reporters in Washington: "I hear comments sometimes that large oil companies are greedy companies or don't care, but that is not the case with BP. We care about the small people." 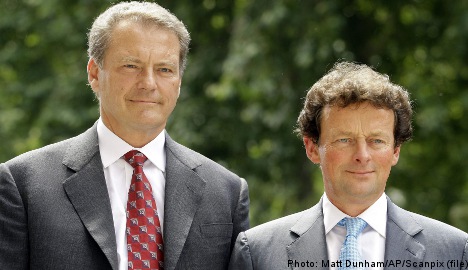 In typical fashion, the media pounced on Svanberg's use of the word "small," even though they fully well knew the speaker was Swedish and that, while he spoke English fluently, it was not his native language. Indeed, Anderson Cooper, whom I generally like, made it the opening story in his hour long CNN broadcast, spending precious minutes about the unintentional gaffe. Then, in a presumed attempt to appear fair, Cooper reminded us that Svanberg was a foreigner and that in using the word "small" he probably meant "ordinary."

So, if Cooper understood that and realized Svanberg's intent was to drive home the point (whether or not it was sincere) that BP was not insensitive and cared about the ordinary and average folks whose incomes have been ravaged, why did Cooper continue to fan the flames?

Moreover, after Cooper instructed us that Svanberg didn't mean the word as an insult, he reversed course by repetitively citing different examples of the people he has met -- shrimpers, fishermen, shopkeepers and the like -- each time scolding Svanberg by reminding him they are not small people. Why was it necessary to do that when he'd already admitted it was not Svanberg's intent to belittle them?

Could it be that by doing so it created another story upon a story that really shouldn't have needed any dramatic embellishing? All for the purpose of engaging a possibly wearying audience that has grown a bit tired hearing about the environmental tragedy, preferring new developments or an established fix rather than repetitious retelling that Cooper and others have put forth each and every night. And it was not only Anderson Cooper, as the story of Svanberg's use of the word "small" was broadcast by Lester Holt on Brian Williams' NBC newscast and also on CBS, ABC, Fox News, and in magazines and newspapers everywhere -- as well as clips on YouTube, mentions on Facebook, tweets on Twitter and in blogs all over Google.

Anderson Cooper has become obsessed with this story and, while I give him credit for caring and wanting a solution to the seemingly unending mish-mash of BP and our federal government, it might be time to give the story to someone else. He devotes too much time in his daily reminders that BP was invited to appear and refuses to do so. The other night, he actually showed a montage of his invitations over the past few weeks. To all this I'd say, hey, Anderson, if I were the BP brass I wouldn't appear on your show either. The more you keep editorializing and acting less like a reporter you think they're crazy enough to come on with you?

That Cooper and others focused attention on Svanberg's choice of words, which I'm convinced was innocent in spite of his company's demonstrated ineptitude regarding the oil spill, was inept journalism itself. Indeed most reported that Svanberg later said he was very sorry for speaking "clumsily." Yet, the media acted as if he'd said it while being interviewed riding in a gilded coach while throwing coins to the rabble below. As if it showed his Marie Antoinette side, which might work as a Saturday Night Live skit -- and I'll bet they're already writing it -- I would -- but it's ridiculous to assume it were so.

BP has enough to be ashamed for, from its incompetent oil drilling, mismanagement and behavior during the aftermath. For those things, Mr. Svanberg and CEO Tony Hayward are surely culpable. But a Swedish man using the wrong English word -- something anyone with English-speaking foreign friends hears all the time -- was nothing at all. And the fact that Anderson Cooper and the rest of the media knew it but fanned the incident to a level of hysteria has to make one wonder how much to believe them about anything else they have to say?