One year after BP's Deepwater Horizon oil rig explosion in the Gulf of Mexico killed 11 offshore workers and triggered one of the largest environmental disasters in U.S. history, the effects are still felt and seen along the Gulf Coast.

Some scientists have deemed the health of the Gulf of Mexico as "nearly back to normal." Perhaps some things are -- tourists are slowly returning to the coast, children are back to playing in the water, food has been labeled safe for consumption. But these are just images of normality.

There is still doubt among many people near the Gulf about the safety of their water and their food. Scientists confirm that oil has been found on dead dolphins discovered along the coast, as unusual amounts of deceased marine life continue to wash ashore.

Workers are lost in the claims process, still waiting for their checks from BP. Hundreds of people in Louisiana have reported oil spill-related health problems to the state, while many others are experiencing symptoms of a mysterious illness.

And despite all of this, not only does the liability cap for Big Oil remain unchanged, but Congress has yet to pass a single major law on oil or gas drilling since the disaster.

While some may suggest that the Gulf Coast is back to normal, the devastating effects of the oil spill are still unfolding toward an uncertain future one year later. Below are some of the most iconic images from the resulting aftermath of the tragedy -- visual proof that, despite being difficult and heart-breaking to take in, reminds us that we must do everything in our power to ensure an accident like this doesn't happen again.

Gulf Oil Spill One Year Later: The Most Powerful Photos 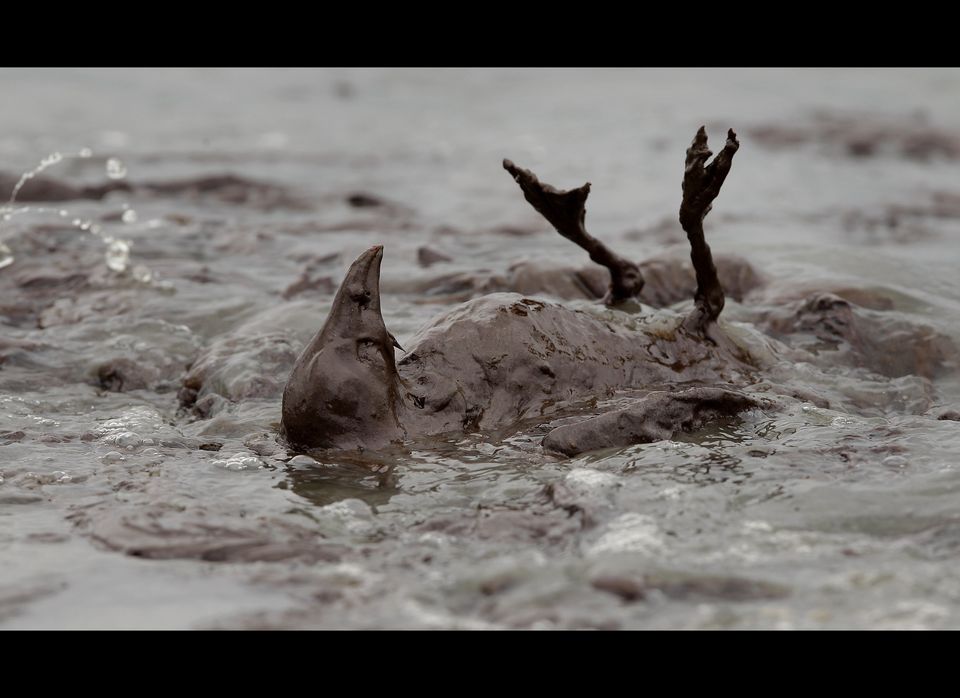 1 / 82
A bird covered in oil flails in the surf at East Grand Terre Island along the Louisiana coast Thursday, June 3, 2010. Oil from the Deepwater Horizon has affected wildlife throughout the Gulf of Mexico. (AP Photo/Charlie Riedel)
AP