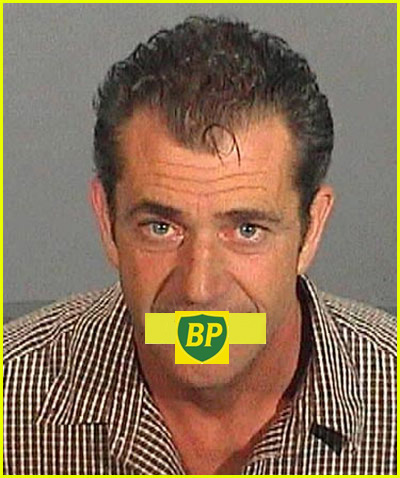 BP now has the opportunity to plug the other big hole.

Did you ever have one of those days where nothing seems to make you go mmmm? Far be it from me not to have an opinion on just about everything in today's headlines, mind you. The Gulf Oil Spill is finally capped. It seems like that saga has gone on longer that than the War in Iraq. Yes, the gusher is sealed, yet there seemed to be no real celebratory hooray from the media. It took second spot to that Wall Street non-starter reform package. Here I thought it was all about the fact that whole areas of land and wildlife were being destroyed, families forced to move away and start new lives, America's greatest disaster on record. And the response was like..."Ho hum".

Are we that desensitized to great news as opposed to the titanic response to let's say, Bristol Palin and Levi Johnston's engagement? How about the 80th newly released audio tape from that crazy lunatic Mel Gibson, kvetching about how broke and horny he is? My suggestion to BP executives and Hilary Rosen, their public relations point person, to combat the unending bad publicity caused by the spill, would be to use the same plugging device on Mel Gibson and watch how quickly the tide will turn for a positive spin. Imagine, a picture of Mel Gibson with a big BP plug in his mouth on the cover of People, Us Weekly, Star, The Huffington Post, Perez Hilton, D-Listed, Gawker. But what do I know?