After the Exxon Valdez spill in Alaska, employees and volunteers working around the oil became seriously ill and many of the thousands of workers died from inhaling the toxic air and handling dispersants that contained benzene and other chemicals.

Those same chemicals are currently being used on the BP Deepwater Oil Disaster.

In the Gulf the people at risk of illness are the thousands of Louisiana fisherman rendered jobless by BP's oil spill. These fishermen have been left with no other option than to work for the same company that has taken away their livelihoods.

In BP's most recent move to avoid responsibility, the company is requiring these men and women to sign the waiver below. The waiver protects BP from being sued by their staff and volunteers for "claims and damages in connection with use of equipment connected with the Response Activities."

In other words, BP has prioritized protecting its corporate interests and pocketbook over providing medical care for injuries and illnesses stemming from those workers and families cleaning up the BP mess.

This is BP's second attempt to dodge responsibility and limit their liability. A previous BP agreement, that gave residents $5,000 in exchange for waiving their right to sue, was already struck down by Louisiana courts. 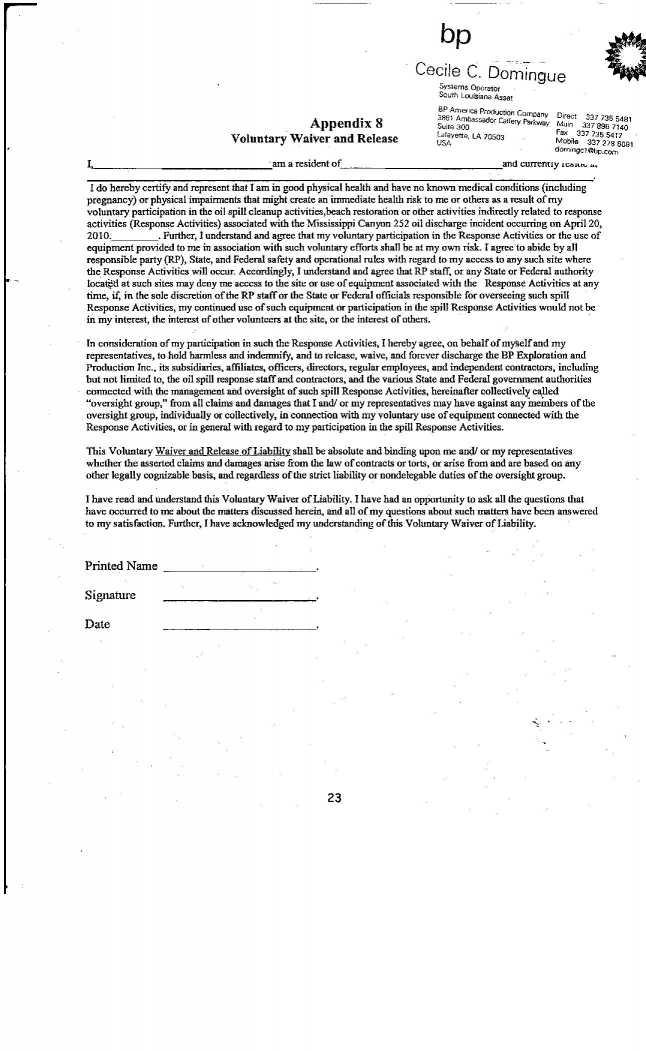