Michelle had filed her claim in October along with bank statements and records to support the loss of her wholesale/retail crab business of eighteen years. BP/Fineberg denied her claim in November and, because it was under $250,000, she couldn't appeal.

According to BP/Fineberg's rules, the little claims that support thousands of little businesses across the Gulf are too bothersome to deal with; many are simply being dropped. The Fineberg claims process manifests BP's disregard of the "small people living in the Gulf," so-called by BP Chairman Carl-Henric Svanberg.

Michelle had appealed her claim anyway, because she had no other choice. After a night of stewing on her dilemma, she called the BP claim office again on Saturday as our car caravan prepared to move to Fort Walton to meet with the next group of community liaisons. Our small group was sharing information and coordinating efforts to deal BP's "Making It Right," or as it's known in the Gulf, "Making It Disappear" campaign.

Florida fisherman Kathy Birren's daughter, eight-year-old Mandy Birren, had tried to cheer the normally vivacious Michelle as we loaded the cars. Michelle apologized to the child, explaining that she was aggravated. "Everyone who talks to them gets aggravated," said Mandy, who had already seen and heard too much for being only eight.

Mandy's parents, Kathy and Ron, filed damage claims for their Hernando Beach Seafood business in November. BP/Fineberg denied their business claim and Ron's personal claim, but paid Kathy's claim, even though their personal claims were exactly identical. BP/Fineberg also denied the personal and business claims of Louisiana shrimp fishermen Tracy Kuhns, who was part of our caravan, and her husband. The blatant unfairness of the process, the helplessness of the situation, and the growing family debt, were sledgehammers of stress, pounding on both Tracy's and Kathy's marriages.

As a plaintiff in the Exxon Valdez case, I experienced first-hand this same treatment by Exxon and the U.S. "justice" system. For twenty years, Exxon, then ExxonMobil, used its billions to manipulate the legal system to ultimately deny justice for 22,000 claimants -- and thousands of others whose legitimate spill losses had been discarded on legal technicalities before trial. Instead of making us "whole," ExxonMobil had made us "hole," leaving a trail of broken marriages, suicides, lost livelihoods, foreclosures, bankruptcies, and insurmountable debt. In the process, ExxonMobil had saved its shareholders billions of dollars. Since the process had worked so well for ExxonMobil, BP was now repeating it -- including using a U.S. government-sanctioned process as cover for legitimacy.

During the drive to Fort Walton, I rode with Michelle to spare the children. Southern gentility has its limits. "You don't understand," Michelle firmly told the claims person. "I have been on my own since I was sixteen. I would gladly have worked for this money. You are forcing me to beg for a handout. I can't pay my bills. I am losing my home; I am losing my business; and I am about to lost my mind!"

An hour later, as we pulled into Fort Walton, a Fineberg supervisor informed Michelle that her claim had suddenly been found. When Michelle hung up, she looked at me. "I need a good drink," she said.

Instead, we joined the next gathering. There, as in other communities along our coastal route, people's concerns about their Fineberg claims, personal and family health issues, and seafood safety all tossed together in an unlikely mix. But the concerns all hinged on BP's massive release of oil and dispersants into the Gulf: People couldn't pay for medical expenses (many weren't even seeking treatment) because they had no money -- their BP claims had been denied or stalled; people couldn't afford to move out of harms way, even though they believed their families were suffering and ill from the dispersant use in coastal areas; and if dispersants were making people sick, what was it doing to seafood and why were fisheries opened?

It turns out that dispersants are not -- and never were -- explicitly banned within three miles of the coast or in less than ten meters of water (the "nearshore environment") as federal officials with the USCG, EPA, NOAA, and others staunchly maintained. The Coast Guard and states can approve dispersant use in the nearshore environment on a case-by-case basis across the Gulf if the incident commander decides the toxic chemicals were "expected to prevent or minimize substantial threat to the public health or welfare, or to mitigate or prevent environmental damage" -- a statement that appears in both of the official Regional Response Team dispersant policies. In fact, neither of the policies for Region IV (Alabama, Mississippi, and Florida) or Region VI (Louisiana) have any areas where dispersant use is expressly banned. Louisiana even has an expedited process for requests to spray dispersants in the nearshore environment.

When it comes to oil, the Coast Guard's priority is to "remove it" -- not assess impacts on the ecosystem or human health. And they have tried to remove it -- from the open Gulf all the way to the coasts and bayous.

The Louisiana Bayoukeeper has requested that the State of Louisiana provide documentation of dispersant spraying and experimental release of bio-engineered bacteria in nearshore areas under the Freedom of Information Act. Organizations in Mississippi, Alabama, and Florida would be wise to do the same. This information is critical for understanding health and ecological impacts as well as economic harm. 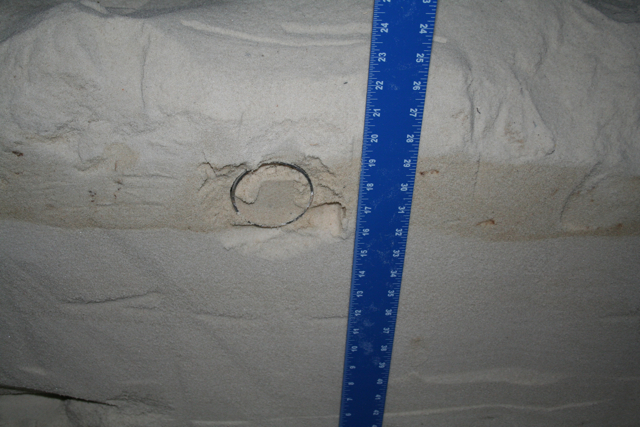 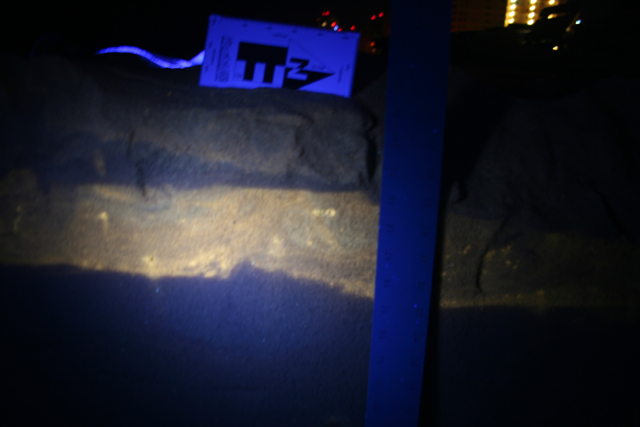 BP's oil mixed with Corexit fluoresces bright orange at night under high-powered ultra-violet lights, revealing areas where beach sand is coated with the mixture that is invisible under daylight conditions. Photo by Rip Kirby.