Ah, bras. Such simple contraptions, yet the source of so much controversy and consternation. Women love them! We hate them! We're all unwittingly wandering around wearing the wrong size! THE HORROR!

And just as there exist beaucoup bra-related opinions, there is also a surprising amount of misinformation circulating -- about what a brassiere does and doesn't do; about what we should be looking for in a good one and how we should take care of it once we've figured all that out.

So we decided to do a little digging and debunk some of the biggest bra myths out there. Without further ado, here's everything (well, seven things) you should absolutely know about the ubiquitous undergarments. 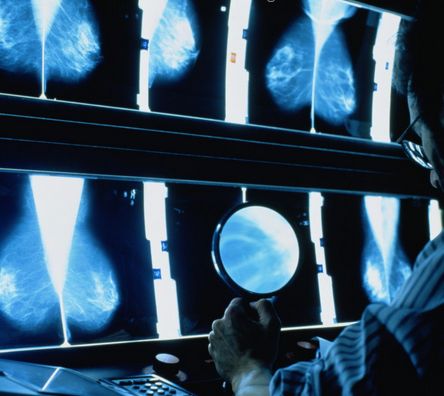 1 / 7
Myth 1: Bras Trap Toxins, Up Cancer Risk
False. Bras, even underwire bras, do not in any way increase a woman's risk of developing breast cancer. As <a href="http://www.scientificamerican.com/article.cfm?id=fact-or-fiction-underwire-bras-cause-cancer" target="_blank">Scientific American explains</a>, this is a myth that sprung up in the mid-'90s after a pair of medical anthropologists claimed that by inhibiting "lymphatic drainage" bras somehow trapped toxins in the breast tissue, which led to cancer. But while that claim still floats out there in the wilds of the internet, no credible research backs, or has backed, the idea that wearing a bra ups a woman's cancer risk. "The overall consensus among doctors is that neither the type of bra worn nor the tightness of undergarments has any connection to the risk of breast cancer," <a href="http://www.uamshealth.com/?id=12311&sid=1" target="_blank">The Unversity of Arkansas for Medical Science's web site explains.</a>
Getty