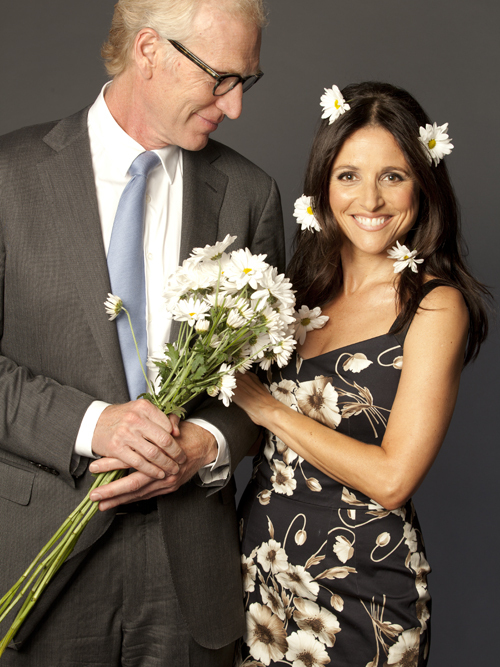 Dreyfus's husband, Brad Hall has written and directed Picture Paris, filmed on glorious location, which is part of this year's Tribeca Film Festival. And if you have never suffered real-estate envy, oh, you will. Parisan-style.

A mother suffering empty-nest syndrome turns her heart-ache into a complete French obsession: wine, food, culture, and plans to move to Paris as soon as possible. With its whimsical and charming beginnings, we think we know exactly where this film is going. And we would be seriously mistaken. The short film has hidden complexities, and before long we are in the middle of an incredibly shocking twist.

This is a film about what happens when we experience a change so big that not only do all of the old rules no longer apply, we've thrown them in the air and shot at them for target practice. As the Leonard Cohen song goes, "... there is a crack in everything. That's how the light gets in." It's about finding ways to fill an empty heart.

This is a wonderful moment for Dreyfus, currently starring in HBO's brilliantly funny VEEP, (as we speak there is a 60-ft billboard hovering over the Sunset-Strip), and starring in her dream Parisian collaboration with her husband of 25 years. The two have such a rare and beautiful way of being with each other. A few days of festival time could easily have the most idyllic of couples mutually glowering over their assistant-delivered lattes, but Hall and Dreyfus are so loving and kind with each other, it's hard not to be moved by it. They defer to each other, ask each other for guidance, help each other with ideas, even for their answers to my interview questions. They are the real thing.

Are either or both of you Francophiles? How did you decide that Paris would be the fantasy destination for your film?

Julia: We're both definitely Francophiles. A lot of my family is French, so I feel a strong connection to France and to Paris specifically, but this came about as Brad's brain-child. He came up with the idea when our first son went off to college last year, and we were devastated. That's when the story came into Brad's head.
Brad: It had to be Paris. Because it's such a specific metaphor.

Truly, it is. What do you think it is about Paris? Why is it "the dream" for so many?

Brad: It has a magic that's real, and when you go there you do feel like, and maybe because of the expectation, it really is a romantic place and you feel that "I'm here to enjoy the sensual delights, food wine and love, and beautiful women"... it really has all those things.

Brad: Yeah, maybe not so much.
(laughter)

You two met at Northwestern University, married, had children, and you've been together ever since. You're a Hollywood miracle! Do you have any advice for the rest of us?

Brad, at what point did you decide on the largest twist of the film? There is a big moment I think none of us watching the film are expecting; a sort of Roald Dahl meets Alfred Hitchcock moment.

Brad: When your kids go to college, and I think anyone who has kids this age can relate, you just feel like your chest has been opened and your heart has been torn out. I needed something that would express how large those feelings are. And the event that happens seemed to be a perfect metaphor. The twists that come up in the script are a result of the complexities you find when you walk through this type of big life experience. 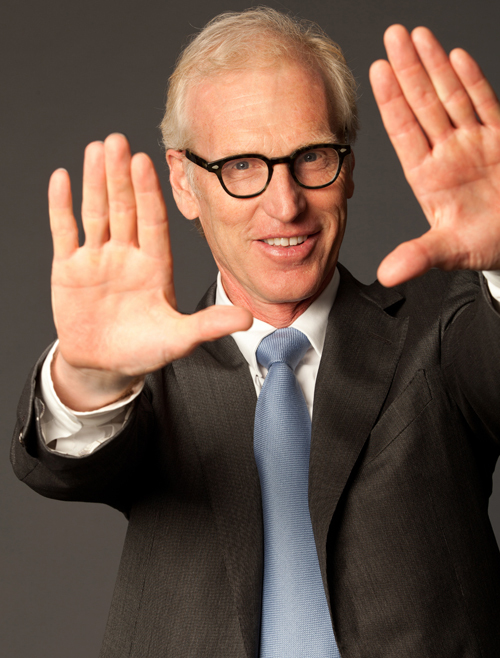 What was it like to work together? You've both been in this business a long time. What is it like to collaborate with your real-life partner?

Julia: The reality is that we really collaborate on everything. And we have worked with each other a number of times in the past, but this was particularly elevating and thrilling because we were calling the shots. We both felt like we were back in Chicago doing theater-- like we were, 25 or 30 years ago. We were our own bosses then, and if he was happy and I was happy; we'd move on together. This had a very indie feeling and I loved it. It was a very exhilarating experience.
Brad: The real reason that we did this film was to immerse ourselves in the indie film spirit, which we haven't done very much at all, so it could've gone either way. But it turned out to be spectacularly fun. We had some luck getting into great festivals; Tribeca has been so cool-- to be around people who just really like movies and want to make a bunch of really good movies-- it's very exciting. It's un-cynical. And it's very fun to reinvigorate that particular muscle, to remember "Oh yes! This is why I do this." And it was a really great way for me and Julia to do that together.

Are there times that a life in comedy is, just simply, not funny?

Julia: (laughter) It's so interesting that you ask that. Doing actual comedic material is just about the most joyful endeavor ever. That's the truth. The only time it's not funny is when business gets in the way. Suddenly humor goes out the window. Although it also happens that it gets so bad it's laughable. (laughter) But fundamentally, a good joke is like heaven.

I think that's why we love people who make us laugh so much. Think of the French and Jerry Lewis!

Brad: It's absolutely life-affirming when it goes right.
Julia: And it's a great connector, isn't it? It's really nice to be with people and you're all laughing together.

It is a hugely connecting experience. We've all been a part of audiences, rolled in the aisles, and afterwards felt intimately connected to everyone in the room, even if we didn't know them personally and never would.

Julia: It's a feeling of community.
Brad: But having said that, it was very important to me to have Julia doing things in this film that she doesn't ordinarily necessarily get to do. So that she could be very funny, but at the same time have a complicated inner life and have secrets that come out that are surprising.

And what a surprise! A wonderful thing about this film is that it sets up a great deal of expectations and then it knocks them down, one by one.

Brad: In a smaller film, sometimes it's hard to do more than one thing.

But you did it. And it's a wonderful touch to have French subtitles for our English-speaking film.

Brad: The man who did our voice over and eventually enters the film (Eric Elmosnino) is a spectacular French actor who actually won best actor at Tribeca two years ago. His voice is a huge part of the movie. And we were beyond lucky to get him. Thank you, Julie Snyder! (producer)

There is a wonderful line in the film: "You sound Parisian, well, okay, maybe not Parisian, but definitely French."

Brad: My cousin actually lived in Paris for years and his French is absolutely perfect, and he said to me once, "They'll let me be French, but they'll never let me be Parisian." (laughter)

Speaking of things they'll "let you be", Julia, I just saw the first episode of VEEP on HBO, which is fantastic! Your chemistry with Tony Hale (Arrested Development) is delicious. How did you prepare to be the first-ever female vice-president?

Julia: I hope that the first female vice president is nothing like the one that I'm portraying. I can tell you right now, I wouldn't vote for her! I did a lot of research and I'm working with this incredible genius, Armando Iannucci. It was a lot of talking to schedulers, chiefs of staff, and lobbyists and speechwriters and senators and congressmen and vice presidents and so on. It was a lot, but it was really fun.

Brad, what did you think when you heard your wife would be vice-president?

I was so thrilled, it's just such a great arena and we were huge fans of Armando Iannucci anyway, we had been watching The Thick of It. So the idea that he was going to be someone that Julia got to work with was a complete thrill and I'm an absolute Anglophile anyway -- I spend most of my time watching English soccer; it's pathetic. I love everything English. What a treat it is to have that man involved.

So this film came out, in part, of an empty nest feeling. They say when a big life event happens you grow apart, or you grow together, which seems like exactly what's happened here. You made a movie in Paris! What did you want the audience to understand about families?

Julia: The film is not only about big feelings, but about transitions. As a woman with children, I would say that when my children were born, my life changed utterly and completely, and my point of view about the world shifted. And I will say that, to a certain extent, our first child leaving for college is an equally big transition. And that's what this film in part is also trying to show. These huge family moments and transitions in life and how important and profound they are.

A director once told me that this was his idea of perfect happiness: sitting with an audience who is really appreciating and enjoying his work. How was it, to see the film with the Tribeca Festival viewers?

Brad: The movie opens with the line, "PAH-Reee, Ahhhhhhhh......" when that gets a laugh, which it really has, luckily, you know you're going to be fine.

What has it been like Julia, being a woman in the world of comedy? For so long, it was a boys club. I remember this particular episode of Seinfeld, where the four friends decide to make a bet, to see who can go without wanking the longest. And that Elaine was NOT the last to give in to this particular temptation! At the time, I practically stood and did some sort of ovarian-power salute; it was such a watershed moment to see this subject matter portrayed in so even and truthful a way.