It was a family affair last night at the Los Angeles premiere of "Tree of Life." Though Brad and Angelina didn't bring their brood to the screening at the Los Angeles County Museum of Art, it was clear that family was on both of their minds. Brad spoke with reporters about his childhood and parenting while Angelina cooed over a baby on the red carpet.

Tree of Life stars Brad Pitt, Sean Penn, and Jessica Chastain and focuses on a 1950s family and the "loss of innocence" of its eldest son. Film reviews have been mixed, with The Hollywood Reporter calling it "a unique film that will split opinions every which way," Variety declaring it to be "something extraordinary," and Entertainment Weekly saying the film is a "fascinating but confounding jumble of two works in one."

Pitt took a moment to speak about the devastation in Joplin, Missouri, which is located about 60 miles from the actor's hometown. "I spent a lot of time in Joplin. My grandparents are from there," the actor said of the tornado-stricken city, adding, "my thoughts are certainly with them."

(To see all of Brad's comments, check out the video below) 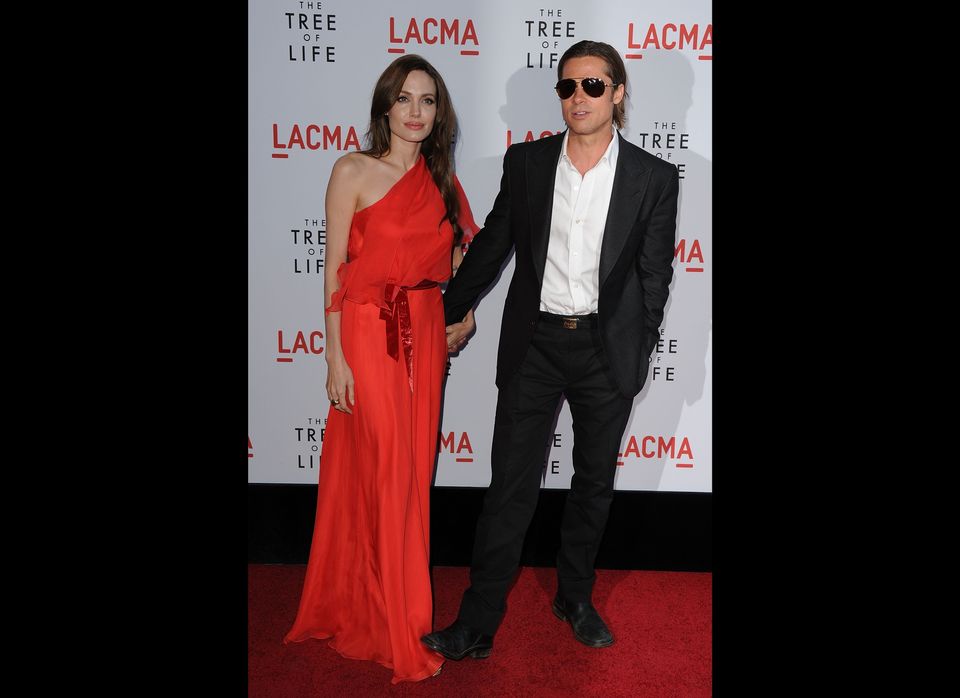