First Brad Pitt vowed to retire at age 50, then he hinted that marriage to longtime girlfriend Angelina Jolie was in the works. These days, it seems as if the "Moneyball" star just can't stop talking about his budding brood of six children, their mother and how his relationship with Jolie has buttressed his career and life to positive effect.

The latest case in point? Pitt's interview with Charlie Rose for "CBS This Morning," in which the Oscar nominee describes Jolie as "still a bad girl" and explains how children Maddox, Pax, Zahara, Shiloh, Vivienne and Knox handle their parents' criminally jet set lives.

Family has added everything to it. In a strange way, if I look at the work, the work has gotten better because I worry less about it -- I mean it's not as important as family. Family becomes the nucleus, the source of joy and the source of worry. And it takes any pressure of self-absorption you've -- we can have in our business, and it just evaporates. So it makes it freer.

On adopting his children:

I don't know that they would (in one case might not have lived). I hate to say it but may not even be here. And I think of the joy that we have in our family because we are together and I just couldn't imagine.

She's still a bad girl ... Delightfully so. Well, it's not for public consumption. We get one shot at this thing, as far as I know.. I don't wanna have any regrets when we get to, you know, when the time's up. We try new things, and the same for our family. She's such an amazing mother. She's so inventive at home with them. And I'm just so happy that they have her.

Well they're quite used to a little jet-lag and moving to a different location and as long as we're together -- you know the home is always intact. They have their own bags and they're responsible if they leave their chargers behind and so on and so forth.

Check out photos of Brad Pitt and Angelia Jolie: 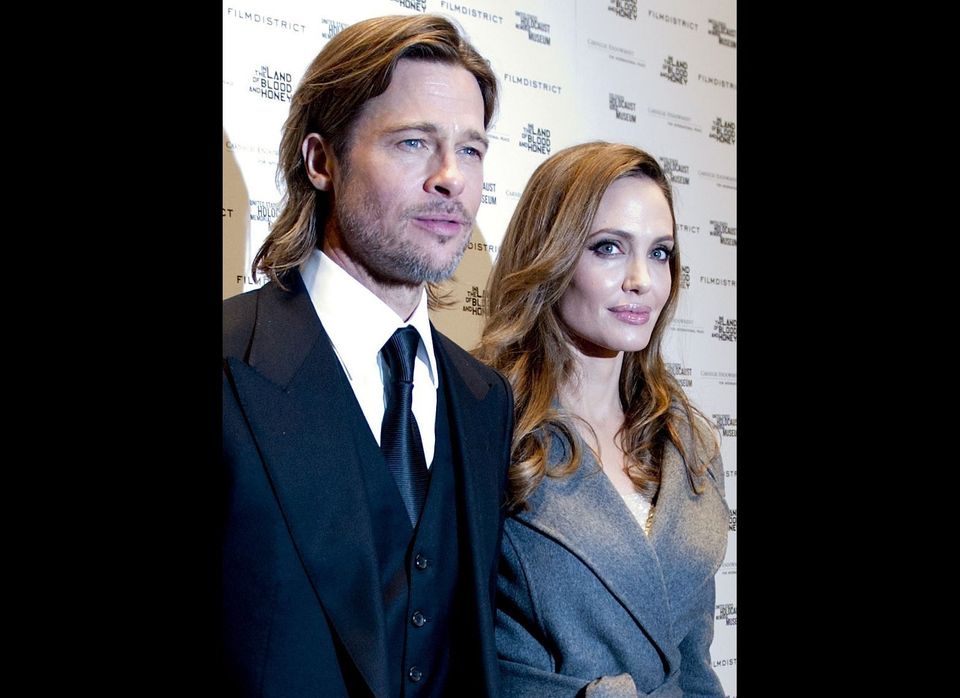