Actor Brad Pitt opened up about how his faith has evolved over the years ― and how he’s “very optimistic” about the possibility that everyone is connected.

The “Ad Astra” star revealed that he’s “gone through everything” when it comes to religion.

“I cling to religion,” Pitt said in a wide-ranging interview for the October issue of GQ.

The 55-year-old Oscar winner was raised in a devout Southern Baptist family in Missouri.  He told GQ reporter Zach Baron that he has “always questioned [Christianity], but it worked at times.”

Pitt has spoken in the past about dealing with “Christian guilt” over what he should and shouldn’t do. When he was in high school, his family started attending Christian revival meetings, where Pitt said he would feel “moved by the Holy Spirit,” then go to rock concerts and “feel the same fervor.”

His religious questioning continued when he enrolled as a journalism student at the University of Missouri in Columbia. He dropped out of college during his last semester to pursue an acting career in Los Angeles.

“When I got on my own, I completely left it and I called myself agnostic,” Pitt told GQ. “Tried a few spiritual things but didn’t feel right.”

Pitt said he then called himself an atheist for a while, as an act of rebellion.

“I wasn’t really. But I kinda labeled myself that for a while,” he said. “It felt punk rock enough.”

Eventually, he shifted into a more spiritual mindset.

“I found myself coming back around to just belief in — I hate to use the word spirituality, but just a belief in that we’re all connected,” he said.

Like Pitt, a growing number of Americans have become disenchanted with organized religions. About 19% of all Americans were raised Christian but have since left their childhood faith, according to the Pew Research Center.

Pitt’s new movie, “Ad Astra,” deals with the theme of finding connection. In the film, Pitt is Major Roy McBride, the son of a famous astronaut father who went missing decades earlier while searching for extraterrestrial life. McBride’s dad, who strongly believes in both God and aliens, may now be attempting to wreak havoc on Earth ― and the son is tasked with going deep into space to reconnect with and stop his father.

In early discussions about the movie, Pitt said he and director James Gray had talked about the “premise of the inability to connect.”

GQ’s Baron reflected that the film was ultimately pretty optimistic about the possibility of connection. He asked where Pitt landed on that question.

Brad Pitt Opens Up About His Faith Journey: 'I Cling To Religion'
Brad Pitt Beauty Evolution 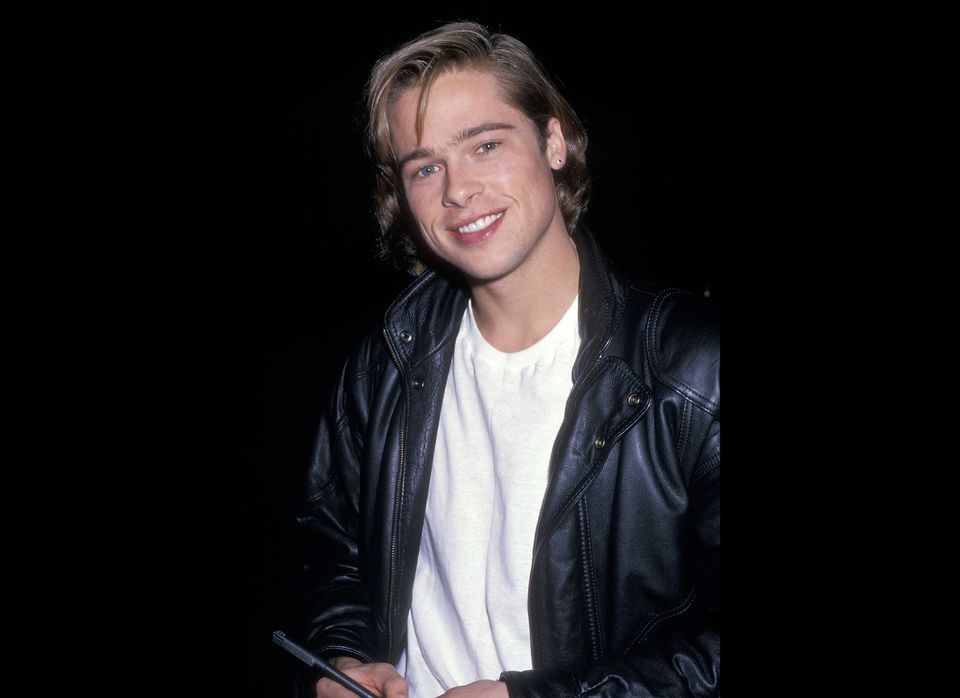